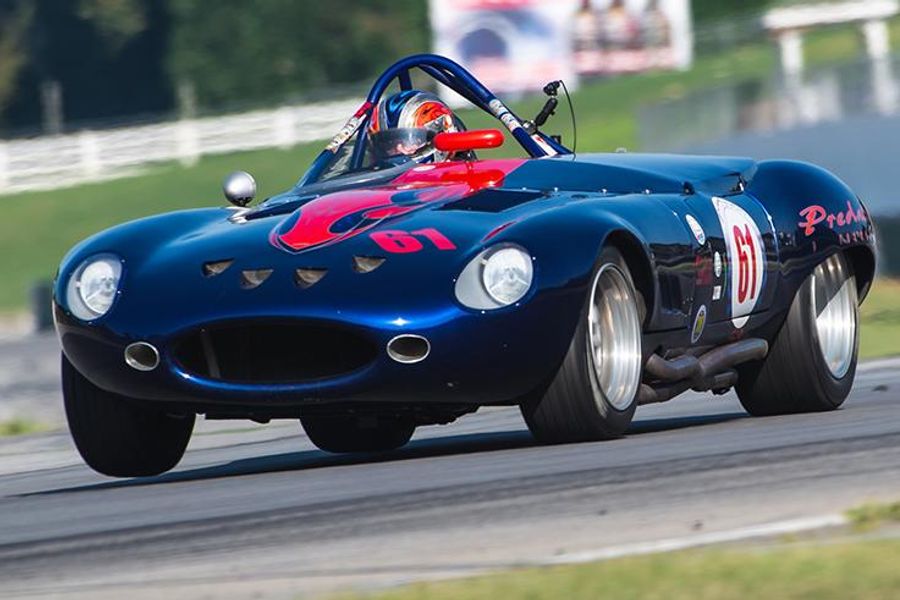 This past weekend's Atlanta Fall Historics launched the second half of the 2018 Historic Sportscar Racing (HSR) season in fine style with unseasonably summer-like weather and even hotter competition on the 2.54-mile Road Atlanta circuit, September 20-23 A full schedule of doubleheader WeatherTech Sprints for all Run Groups shared the weekend's schedule with Saturday and Sunday B.R.M. Chronographes Enduro Challenges and a trio of feature races on Friday, which included Sasco Sports International/American Challenge, HSR Global GT and HSR Classic RS Cup sprints.

The 90-minute B.R.M. Enduro Challenges saw the overall victories go to Angus Rogers in his KMW Motorsports-prepared Fast Forward Racing 1973 No. 15 Porsche 911 RSR in Saturday's Vintage/GTC race and John Reisman in his 2014 No. 33 Corvette Daytona Prototype in Sunday's Historic/Prototype/GTM race.

Vintage-class honors in Saturday's B.R.M. Enduro went to the 1970 No. 88 Porsche 914/6 of co-drivers Jamie Busby and Kevin Wheeler. Also prepared by KMW, the quick Porsche 914/6 finished a strong second overall in the 90-minute race.

Reisman scored overall and Prototype-class honors in his ex-Whelen Engineering "DP" prepared by Hudson Historics in the Sunday B.R.M. race. He shared the top step of the podium with GTM (GT Modern) class winners David Richardson and Justin Jackson in the FlatSix Motorsports 2007 No. 06 Porsche 997 GT3 Cup, and Thomas Kirk and Ron Zitza, who took Historic-class honors in the Zotz Motorsports 1995 No. 114 Porsche 993 RSR.

Richardson doubled up on feature race wins in the No. 06 Porsche at the Atlanta Fall Historics with his B.R.M. Enduro class win pairing up with his victory in Friday's Global GT race. Richardson shared the Global GT podium with Jackson, who earned runner-up honors in the 2006 No. 423 Porsche 997 GT3 Cup, and Ryan Harrold, who finished third in his Team Mean 2009 No. 94 Porsche 997 GT3 Cup prepared by KMW.

Banz shared the podium in the Sasco Sports Challenge Porsche class and Classic RS Cup race with Jack Lewis, who finished second in both races in his 1974 No. 9 Porsche 911 IROC, and Rogers, who crossed the line third in each race in his No. 15 Porsche.

The overall and International-class win in the Sasco Sports Challenge went to Larry Ligas in his 1961 No. 61 Jaguar XKE Roadster from Predator Performance. Ligas shared the podium with his Predator teammate Don Norby who earned International-class runner-up honors in his 1961 No. 07 Jaguar XKE. Third place went to the 1996 No. 109 BMW M3 of Craig Joslin.

A pair of big-bore sports cars from 1965 bookended the Sasco Sports Challenge American-class podium. Steve Piantieri took the victory in his 1965 No. 95 Ford Mustang 2+2, the 1965 No. 30 Cheetah Coupe of Jay Stephenson was third, and the duo was split on the podium by the runner-up Pontiac Firebird of Dennis Jenovese.

The Atlanta Fall Historics is followed by the Savannah Speed Classic, October 25 - 28, while the 2018 season concludes for the second-straight year with back-to-back runnings of the HSR Classic Daytona presented by IMSA and the Classic Sebring 12 Hour, Pistons and Props, presented by the Alan Jay Automotive Network.

HSR at Road Atlanta this Weekend

This Weekend: Road Atlanta and Silverstone!