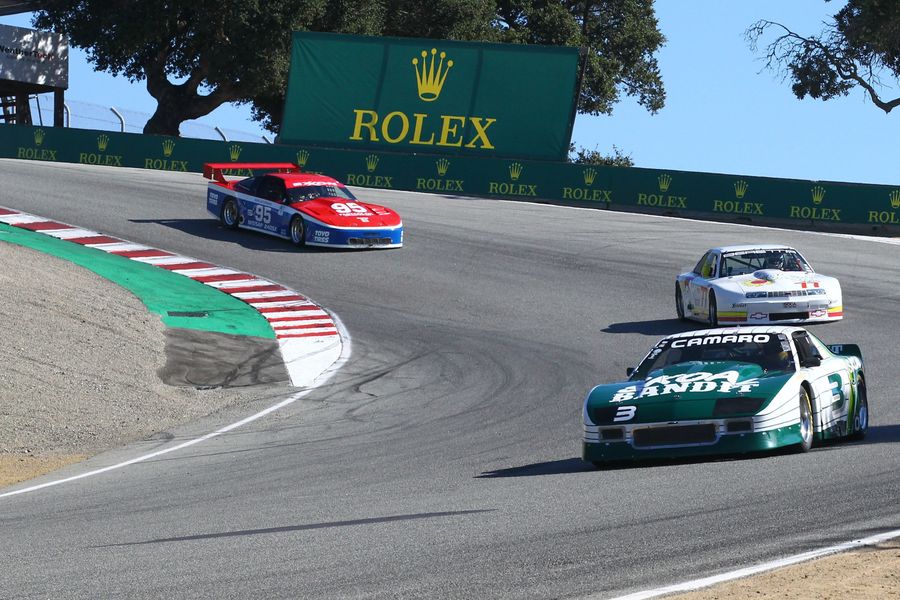 More than 550 historic race cars dating as far back as 1911 and up through 2016 will fill the race paddock of Monterey County’s WeatherTech Raceway Laguna Seca for the annual Rolex Monterey Motorsports Reunion Aug. 15-18.

The largest event of the Monterey Classic Car Week attracts international drivers and museum-quality historic race cars each year to compete on the legendary 2.238-mile road course. The racing is complemented by an open paddock where visitors can get up close to the cars to learn of their history, a vibrant marketplace with activities for children of all ages, and a number of interview and autograph sessions with legendary drivers.

The Rolex Monterey Motorsports Reunion will for the first time feature a racing series that has decades-long ties to the track — the International Motor Sports Association (IMSA) — to commemorate the series’ 50th anniversary. To showcase its golden anniversary, IMSA and WeatherTech Raceway Laguna Seca are lining up influential automakers with racing pedigrees that will be complemented by legendary drivers and personalities to support IMSA’s memorable moments in time.

The Rolex Monterey Motorsports Reunion is packed with four full days of 14 different groups racing. Among the featured groups are historic Formula One, Trans-Am and a special tribute to Formula Ford, which is the series that started IMSA on its illustrious racing ascent.

Run groups are divided into A and B sessions with A groups running Thursday, Friday and Saturday. B groups race Thursday, Friday and Sunday. The exception is Masters Historic Formula One and the Masters Endurance Legends that will race each day. The endurance cars will add a new sensation to the weekend as each race is 40 minutes long and will feature a pit stop for driver changes.

Preceding the Rolex Monterey Motorsports Reunion is the Monterey Pre-Reunion where more than 300 historic cars will be racing twice each day in 10 groups. This precursor to the bustling weekend that follows features many of the same cars that will be seen later in the week, as drivers look for additional driving time to gain that competitive edge.

Each August, the scenic Monterey Peninsula becomes the worldwide epicenter for automobile and classic car enthusiasts, as well as for automobile manufacturers looking to engage customers. There will be a week full of events for entire families, such as autograph sessions, book signings, stage interviews, pit tours and more.

Sticker of the Day No.8: BP Toleman Motorsport 1980