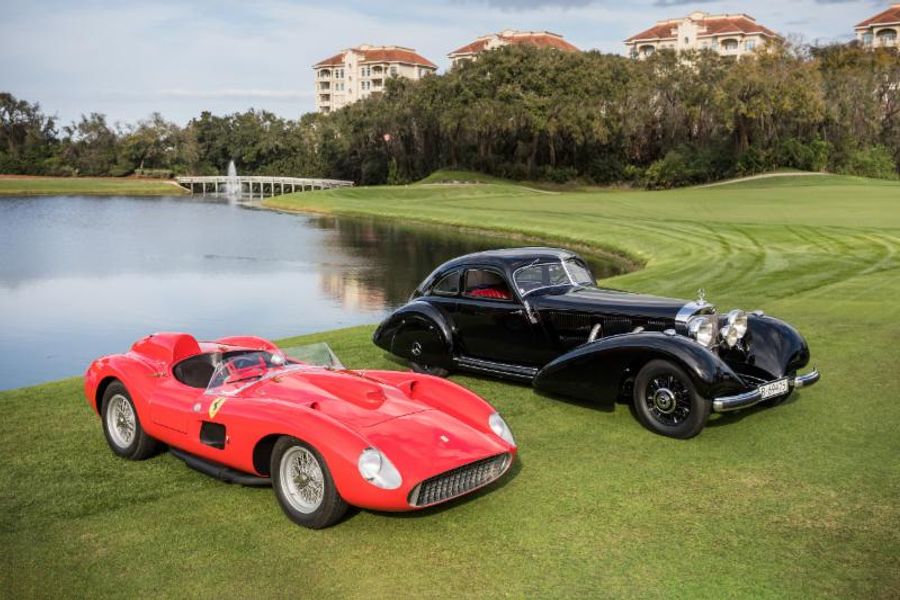 A 1938 Mercedes-Benz 540K Autobahn-Kurier and 1957 Ferrari 335 S were crowned this year’s Best in Show yesterday at the 24th annual Amelia Island Concours d’Elegance. The event once again brought together the best of the automotive world, including 2019 honoree, “Mr. Le Mans” Jacky Ickx. The legendary Ickx is a six-time Le Mans winner, 1979 Can-Am Champion, a Formula 1 victor and a Daytona, Sebring and Paris-Dakar winner.

The Best in Show Concours d’Elegance Trophy was given to a 1938 Mercedes-Benz 540K Autobahn-Kurier owned by The Keller Collection at the Pyramids. 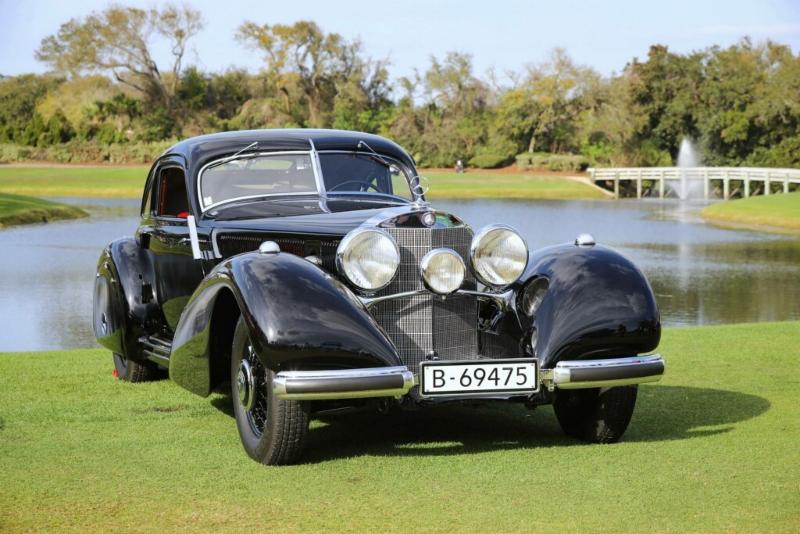 In March of 1934, a new Mercedes debuted at the Berlin Car Show: "Autobahnen Kurierwagen 8-Zylinder Kompressor Typ 500." Only one model existed and the brochures informed the public that this car was designed for incredibly high-speeds on the autobahns going as far to claim that the high winds at those speeds gave the car its defining shape. Mercedes built the new model on the existing W29 chassis.

The 335 S was the most technologically advanced Ferrari in 1957. It featured a longitudinal 60-degree V-12 with 24 plugs, two valves per cylinder, twin overhead camshafts per cylinder bank and it produced 360 horsepower. 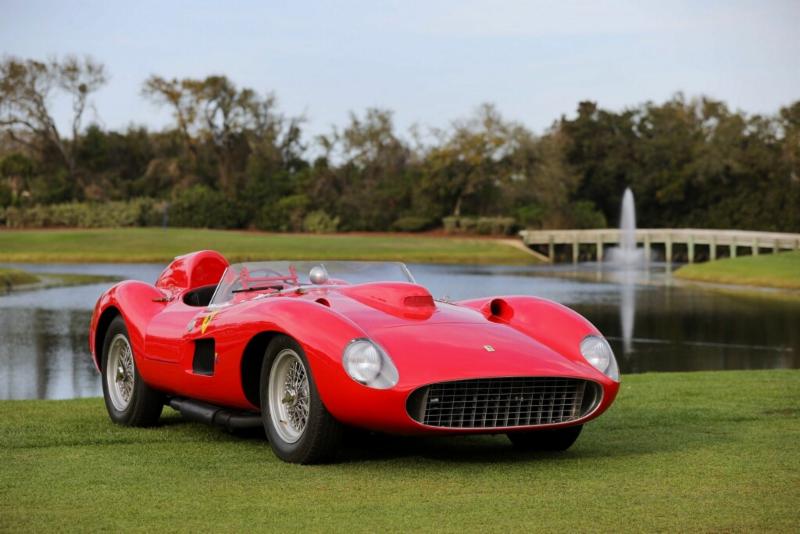 This Scuderia Ferrari Factory team car started life as a 290 MM, was then upgraded to a 315 S and finally a 335 S. The car has a tremendous racing history spanning three seasons. The car participated in the major races such as Sebring, LeMans, the Mille Miglia, and 1,000 km events at the Nürburgring and in Caracas.

The car was piloted by some of the great drivers of its day including Juan Manuel Fangio, Phil Hill, Olivier Gendebien, Alfonzo De Portago, W. Graf Berghe von Trips, Peter Collins, Maurice Trintignant, Mike Hawthorn, Luigi Musso, Stirling Moss and Gaston Andrey. This was in the period 1956 and 1957 when Ferrari won the World Sportscar Championship."

“The 1938 Mercedes-Benz 540K Autobahn-Kurier and 1957 Ferrari 335 S both truly embody the sophistication of our awards,” said Bill Warner, Chairman and Founder of the Amelia Island Concours d’Elegance. “I was thrilled to watch the judges honor such esteemed automobiles and continue to recognize the best and most extraordinary vehicles in existence, right here in Northeast Florida.”

It is in The Amelia's innovative nature to present new classes and the 2019 event did not disappoint. This year’s Concours included “Cars of the Rock Stars,” a class specially curated by John Oates of Hall & Oates. Pairing specific vehicles with guitars, the class consisted of Oates’ personal collection and featured additional vehicles owned or closely associated with well-known musicians. In addition, John Oates sang a moving rendition of The National Anthem.

The new and exciting classes didn’t stop there – a dignified fleet of limousines occupied the lawn in a class titled “Heads of State.” This fleet was made up of cars of Kings and Queens, Presidents, Popes and even a Dictator.

The Amelia joined forces with HistoricRacingNews.com to present the first-ever live stream of the event. The live online video content allowed viewers from all over the world to watch the Amelia unfold in real time.

Additional highlights included a distinct class of Ferrari 250 GT "SWB", Jaguar XK 120, a celebration of Indy Innovations and a Custom Coachwork Volkswagen class to acknowledge the 70th anniversary of the VW Bug’s arrival in America.

“I am proud to say that this year’s Concours had some of the most innovative classes and interesting vehicles to date,” Warner said. “Our celebration of the automobile finds a way to evolve year after year, and we remain delighted to continue showcasing such rich automotive history through our event.” 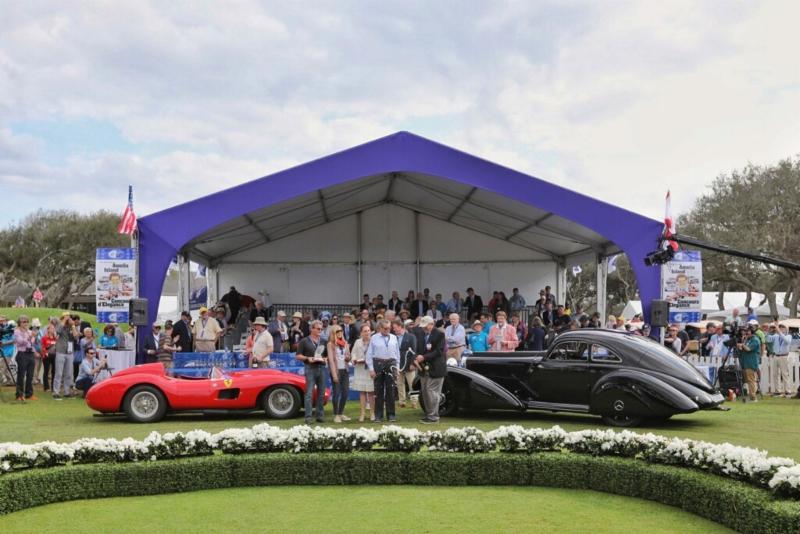