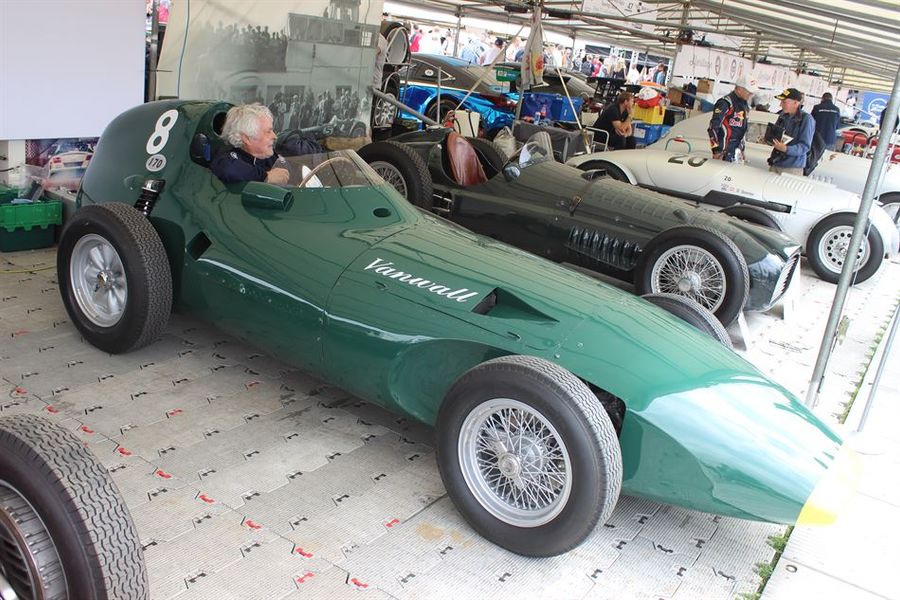 Next month’s 20th Goodwood Revival Meeting will celebrate the 60th anniversary of the famous 1957 British Grand Prix at Aintree, in which British racing heroes Stirling Moss and Tony Brooks shared one of Tony Vandervell’s Vanwalls to score the maiden Formula 1 World Championship victory for a British car.
On that memorable July day at the Liverpool circuit, Moss retired his number 18 pole-sitting machine early with a misfire. Brooks, who was still suffering the effects of his Le Mans crash in an Aston Martin DBR1 the previous month - he had gone off at Tertre Rouge in the night and briefly been trapped under his car - had no problem with handing his Vanwall over, Moss rejoining with the car in ninth place.
After a stellar comeback drive, Moss caught and passed the leading Maserati with 20 laps to run and went on to take victory by almost half a minute from a trio of Ferraris. It was the third and final time in F1 history that two drivers had shared the victory spoils, and a Vanwall one-two was only denied them by a throttle lineage failure on the car of Stuart Lewis-Evans.
Revival founder Lord March said: “Both Stirling Moss and Tony Brooks began their careers at Goodwood – Moss with his Formula 3 Cooper-Norton in 1948, and Brooks with his mother’s Austin-Healey in 1952. I am delighted Tony will be with us at the Revival to remember it all.”