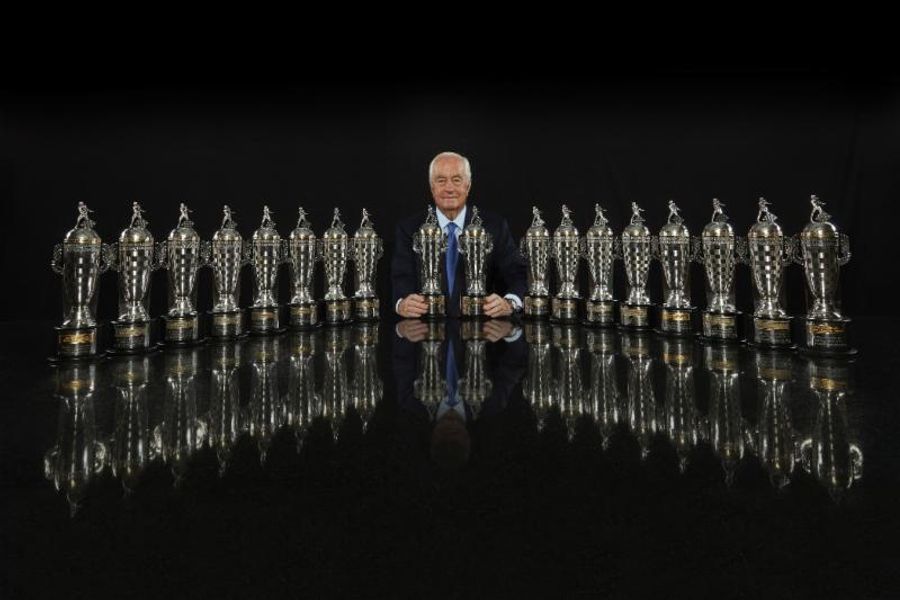 A central theme of the Silver Anniversary Amelia Island Concours d’Elegance on March 5-8, 2020 is visionary leadership through innovation. It is also confirmation that The Amelia is as much - perhaps more - about people than cars.

Visionary: "The Captain" Roger Penske
The Amelia’s Silver Anniversary honoree entered American auto racing at a time when racing was either blue collar dirt and oval track racing or the blue blood motorsport of the amateurs who embraced the Sports Car Club of America’s NO PROFESSIONAL RACING edict. Yet Roger Penske, in just five pro sports car races, won over $34,500 1963-dollars, half again more than the winner of the 1963 Daytona 500.

Penske won his first national championship - SCCA D Modified - in 1961 racing a Maserati T61 and a Cooper Monaco. Sports Illustrated named him “Driver of the Year.”

﻿He retired from the cockpit with a stunning record of 51 victories in 130 races. He also logged top-five finishes in another 60 races. That record stands with even the greatest racers. Yet it was merely preface.

Penske applied solid business practices and an insistence that every component of his racing organization be executed to the highest standards. In 1962 he brought Dow-Jones-listed commercial sponsorship to sports car racing changing American road racing and leaving his mark on North American motorsport forever.

In 1966 he formed Roger Penske Racing. That ultimately became Team Penske logging a stunning 18 victories (a record) in the Indianapolis 500, multiple wins in NASCAR, victory in the 24 Hours of Daytona and the 12 hours of Sebring plus a trio of Trans-Am Championships. Penske delivered McLaren’s first Indy 500 victory in 1972 and Porsche’s first Can-Am title in the same year. In all, Penske racers have earned more than 500 race victories, 591 pole positions and 34 championships. 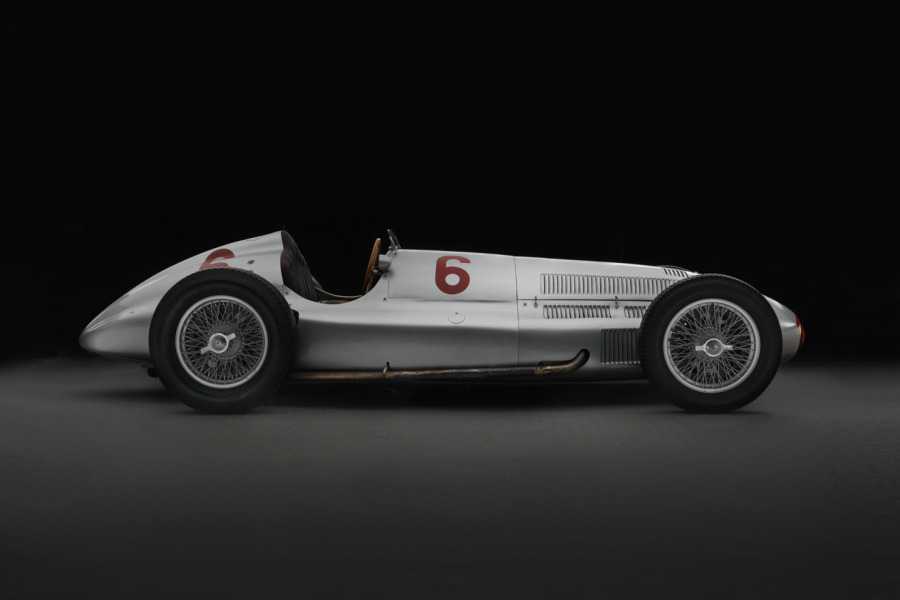 Visionary: Mercedes-Benz Silver Arrows
The same sort of praise could be ladled on the Rennabteilung (racing deppartment) that was created in 1936 to design and build the mighty Silver Arrows of Mercedes-Benz. They created the template for professional racing operations and swept all before them.

Mercedes-Benz’s Silver Arrows changed the grammar of racing car design, construction and management. Mercedes-Benz created the Rennabteilung after a troubled 1936 season with the W25.

Led by engineer Rudolph Uhlenhaut the Rennabteilung quickly restored Mercedes competition successes and dominated the 1937, 1938 and 1939 Grand Prix seasons with the variants of three new cars. In the fifties a new generation of Silver Arrows won the 1952 24 Hours of Le Mans, the 1954 and 1955 Formula 1 World Championships and the 1955 World Sports Car Championship.

Mercedes-Benz produced grand prix car designs and an engineering orthodoxy - engine in front, gearbox in back, coil/wishbone front suspension and de Dion rear suspension - that endured until the emergence of the revolutionary rear-engined F1 cars of 1958. Mercedes-Benz team management shaped a new code of race car development and team organization that still echoes in the 21st Century.

Das beste oder nichts - the commandment of Gottlieb Daimler to have the best or nothing - still resonates within Mercedes-Benz and their World Championship-winning racing organization. To honor their inestimable contribution to motorsport the Amelia Island Concours d’Elegance chose the mighty Silver Arrows of Mercedes-Benz as a signature class for the Silver Anniversary celebration 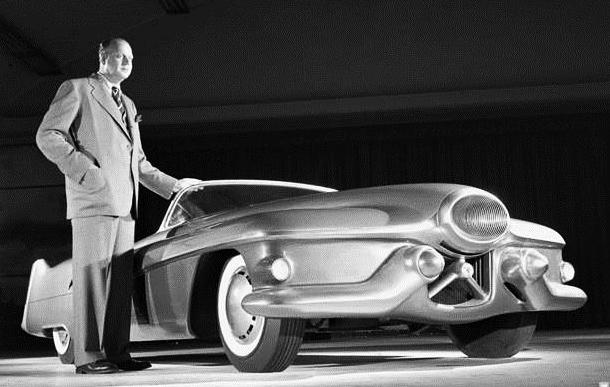 The Cars of Harley Earl class features the great stylist’s most famous dream cars and successful productions cars. Winnowing that group down was no simple task.

Eight decades ago General Motors’ Art & Colour Section was the auto industry’s first attempt to invest the business of creating and selling automobiles with aesthetics as a marketable commodity. GM chief Alfred Sloan put Harley Earl in charge and Earl changed the car business forever. Every American auto company followed his lead employing designers who trained under or worked for Earl.

Earl created an industry within the biggest industry in the world, set the design and esthetic parameters for the American car industry and led General Motors from a 12 per cent market share in the 1920s to a 55-plus per cent market penetration during the decade when he retired. For nearly four decades Harley Earl was the arbiter of style for the entire American auto industry.

In the decade before he reached GM’s mandatory retirement age (65) he oversaw the creation and the rise of America’s storied, celebrated and sometimes unloved “tailfin era.” No matter. “Misterl” as his disciples called him, left his mark on the American industry and on the GM Technical Center at Warren, MI, the definitive monument to Earl’s towering contributions to GM and the automobile industry.

Visionary: Porsche Firsts
In its Silver Anniversary year The Amelia also celebrates and honors the 50th anniversary of Porsche’s first -- of 19 -- victories in the world’s most important and prestigious sports car race, the 24 Hours of Le Mans.

By 1969 Porsche chief Ferdinand Piech must have grown weary of hearing his family’s famous Stuttgart marque constantly called “giant killer” or “underdog.” When new international rules were written for the 1969 World Championship he saw a loophole and organized a radical program creating the Porsche 917 that delivered Porsche’s first 24 Hours of Le Mans victory.

The 917 won Le Mans again in 1971 with yet another World Championship of Makes as a bonus. The international rules for endurance sports car racing were rewritten for 1972. Porsche turned their attention to North America’s unlimited Can-Am Championship, turbocharged the 917 and formed an alliance with Team Penske. That coalition swept through the mega-dollar/mega-horsepower Can-Am series winning back-to-back titles in 1972 and ‘73. With Penske’s organization and procedures it was all very reminiscent of the dominance of the Rennabteilung in Grand Prix racing decades earlier.

“In each instance a culture has been created within these organizations that accept only the very best. The result is people who see themselves as members of an elite corps and work consistently to that high standard,” said Bill Warner, founder and chairman of the Amelia Island Concours d’Elegance. “It works because of uncompromising principles and the insistence on the relentless pursuit of excellence. It creates legends and legendary cars. We’ve all benefitted from the efforts of these visionaries.” 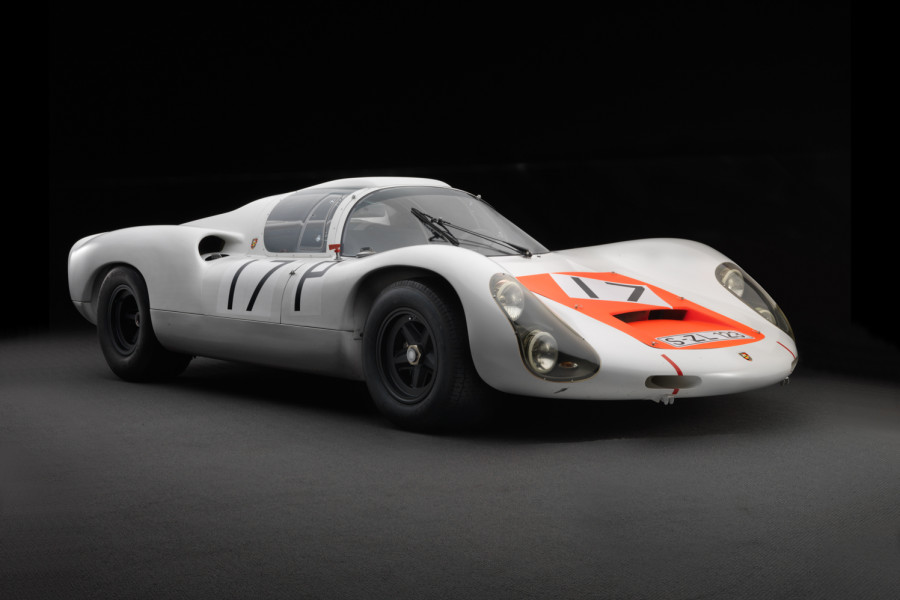