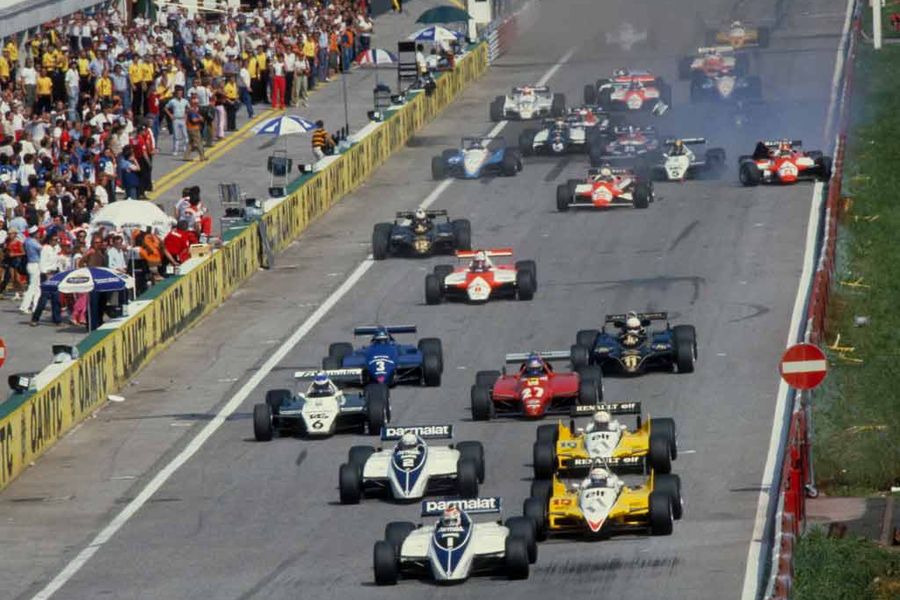 With today’s Austrian Grand Prix taking pace at the Red Bull Ring, we thought it a timely moment to look back at the circuit as it once was - the daunting Osterreichring.

Opened in 1969, the 3.7-mile (5.95km) circuit hosted its first Grand Prix a year later, though home fans were disappointed when local hero Jochen Rindt retired his Lotus and Jackie Ickx took the fin for Ferrari.

The circuit featured some notable and at times poignant race winners - Jo-Siffert taking he first win for BRM in over year in 1971 shortly after the death of team0mate Pedro Rodrigues, Vittorio Brambilla taking his only Grand Prix win in heavy rain in 1975 (only to embed his March in the barriers as he celebrated) and John Watson taking the maiden win for not only himself but also his Penske team in 1976, a year after former team leader Mark Donohue had died after a Sunday warm-up crash at the circuit.

As lap speeds reached an average of over 150mph a chicane was introduced at Hella Licht. the first corner, but concerns still existed about the speed of the circuit and the lack of run-off areas. In the turbo-era of Formula One speeds were inching forever higher, and Derek Warwick was recorded as travelling at 214mph in 1986 on the run to the 180-degree Bosche Kurve in his Brabham BT55 (from which he was physically removed by the team on the grid so the car could be used by team-mate Ricardo Patrese who had his gearbox fail just before the race!).

A multi-car incident in 1987 was the death-knell for the full Osterreichring, which returned a decade later as the shortened and renamed A1-Ring, hosting a Grand Prix for seven seasons, which later became the Red Bull Ring and after further updates saw the Austrian Grand Prix return again in 2014.

We tracked down this video of the battle for third in the 1981 Austrian Grand Prix, enjoy the majesty of the sweeping circuit, Didier Pironi’s Ferrari stoutly defending from the Brabham of Nelson Piquet and the Williams drivers Alan Jones and Carlos Reutemann - and the enjoy the largest crane we have ever seen trackside!