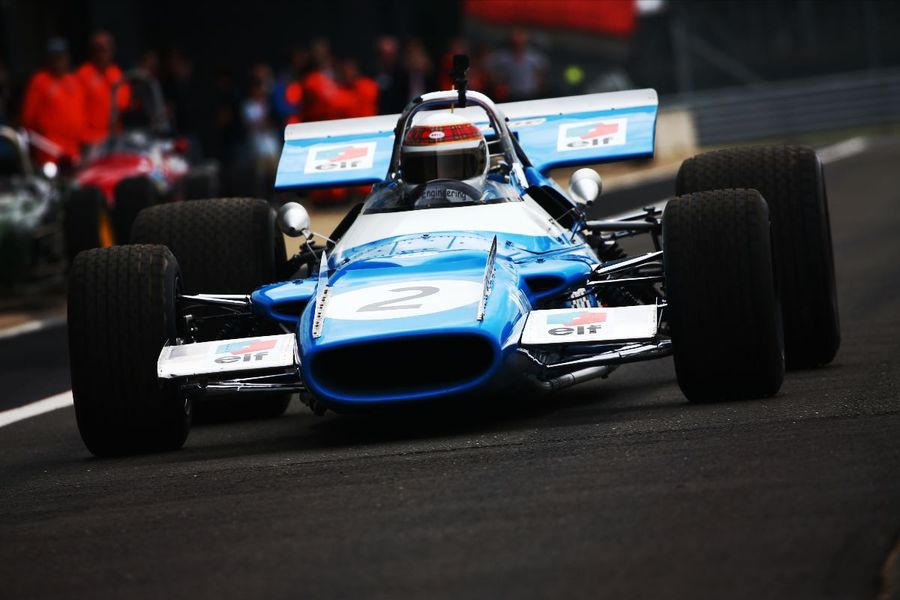 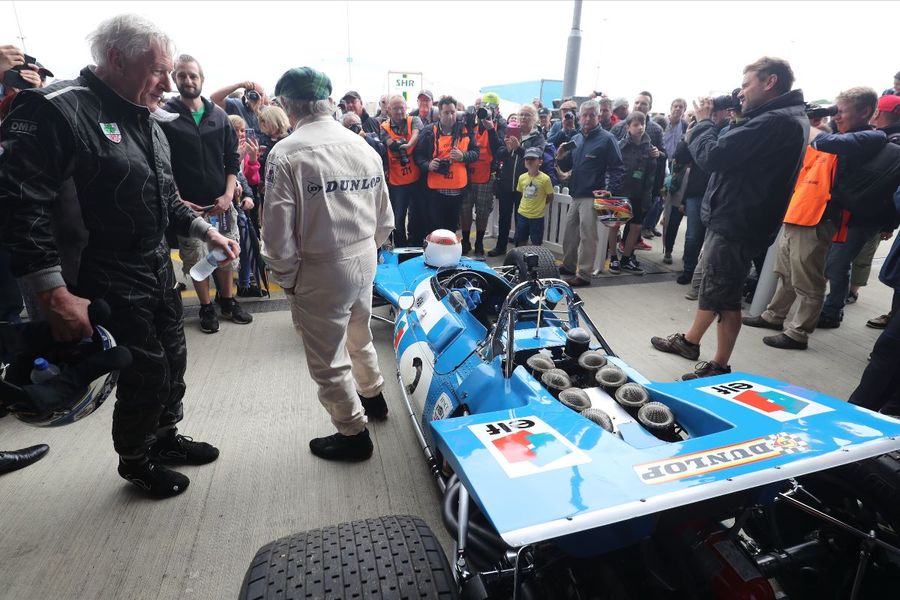 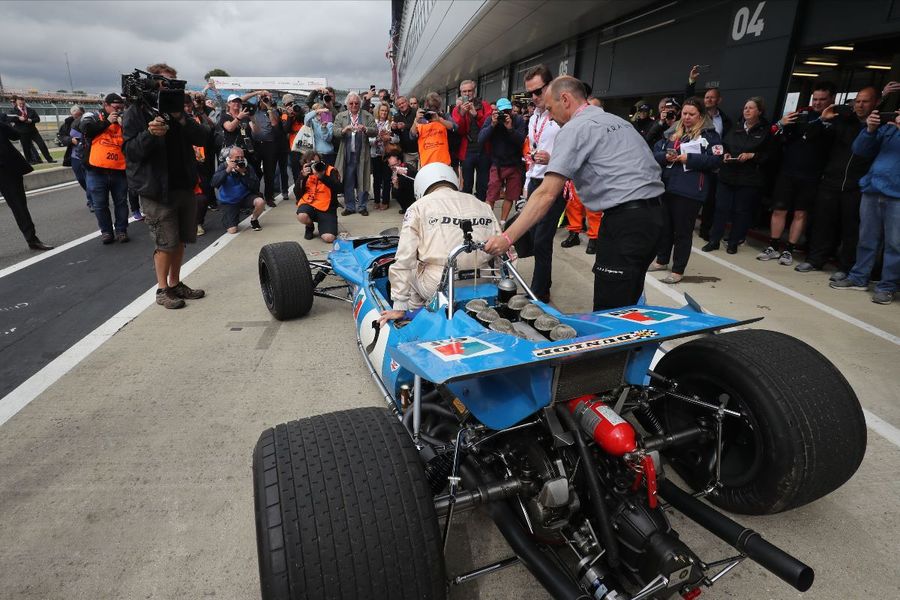 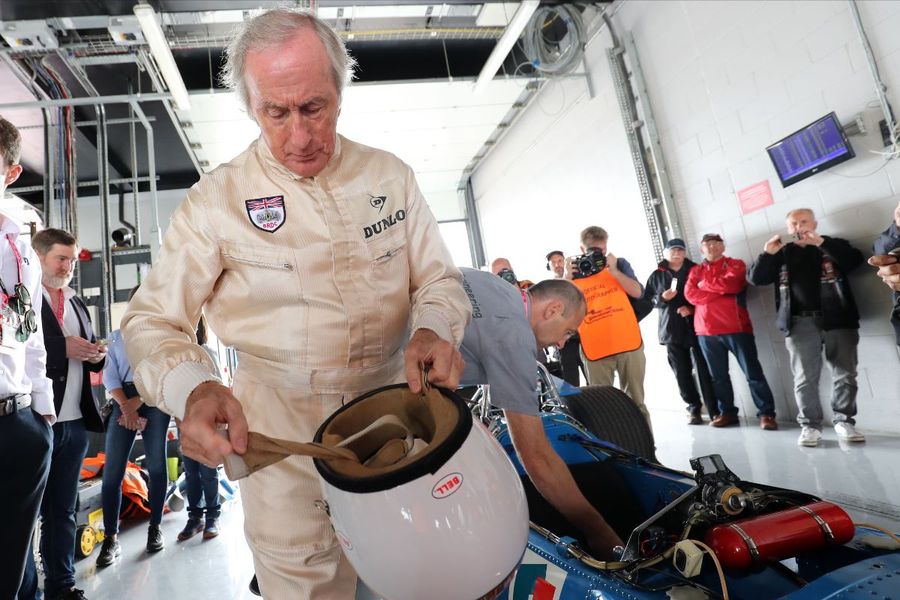 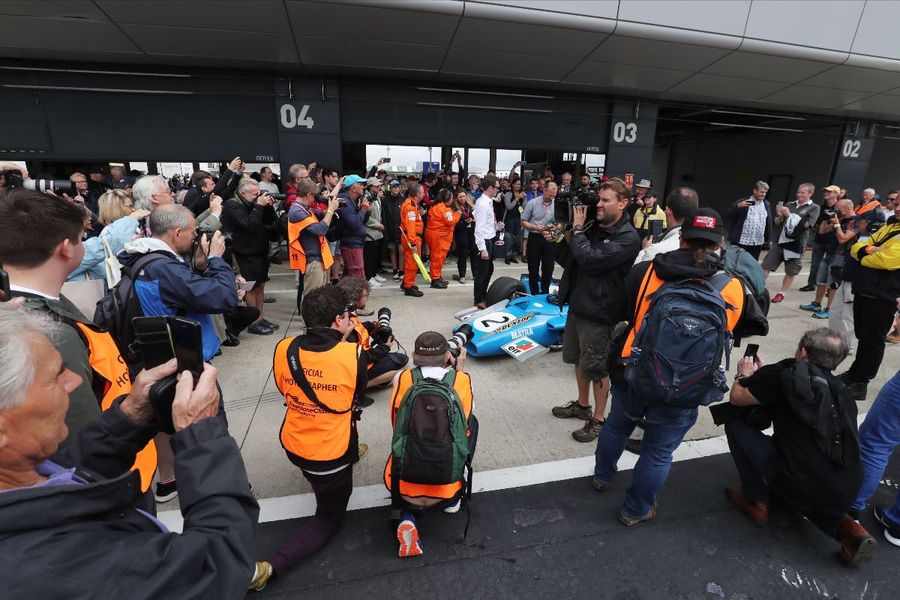 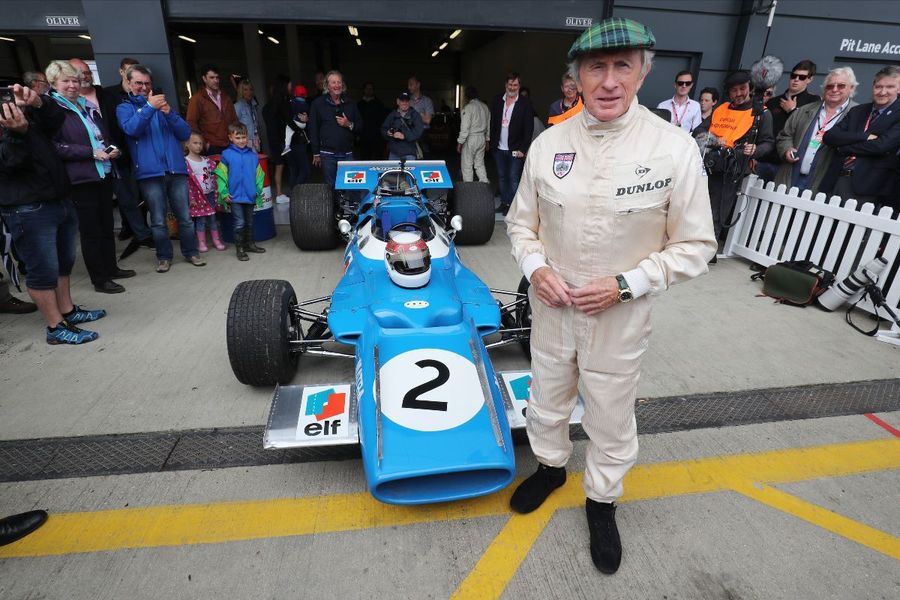 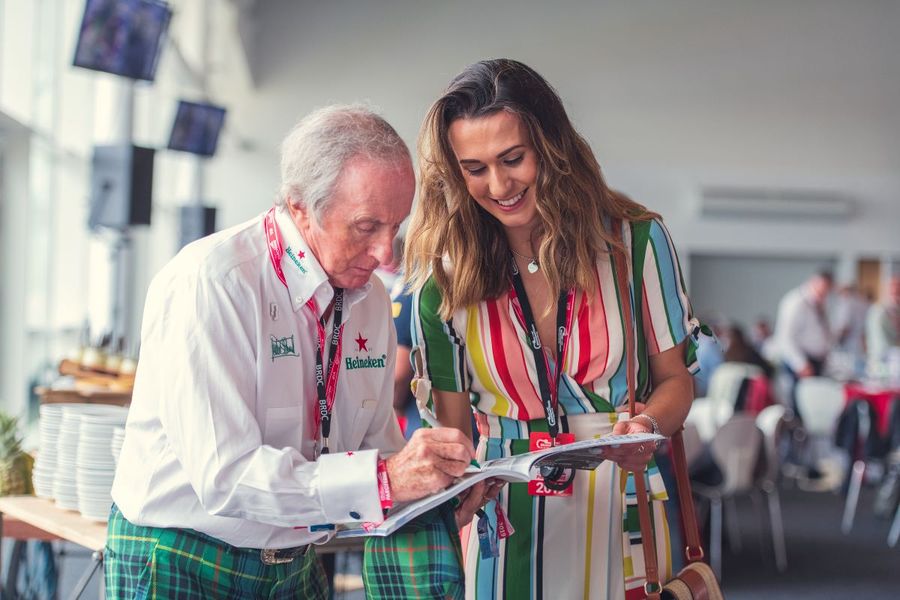 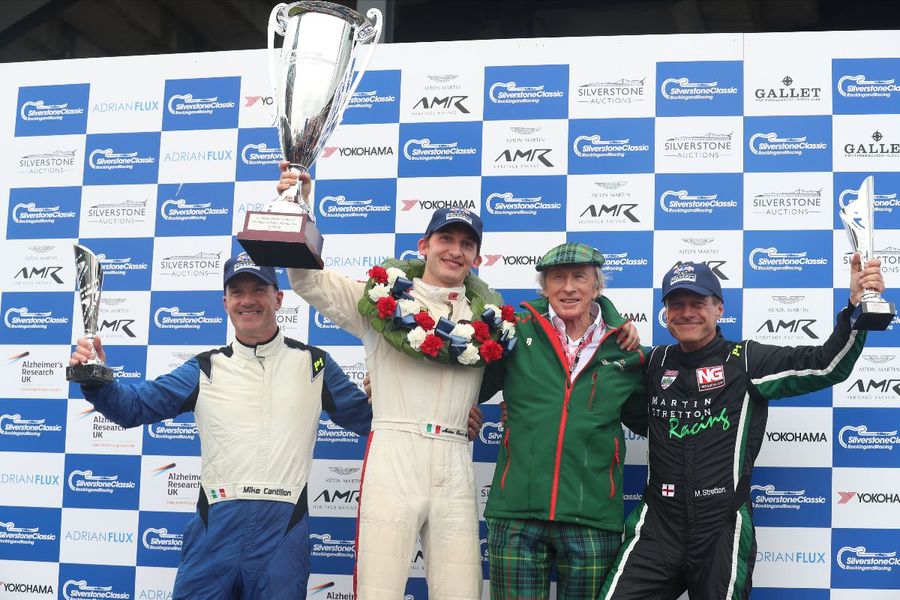 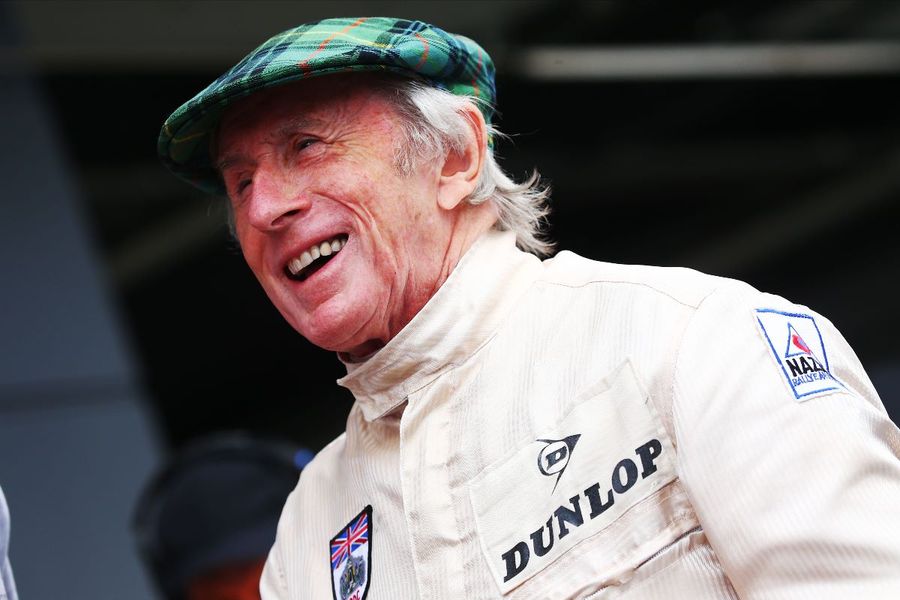 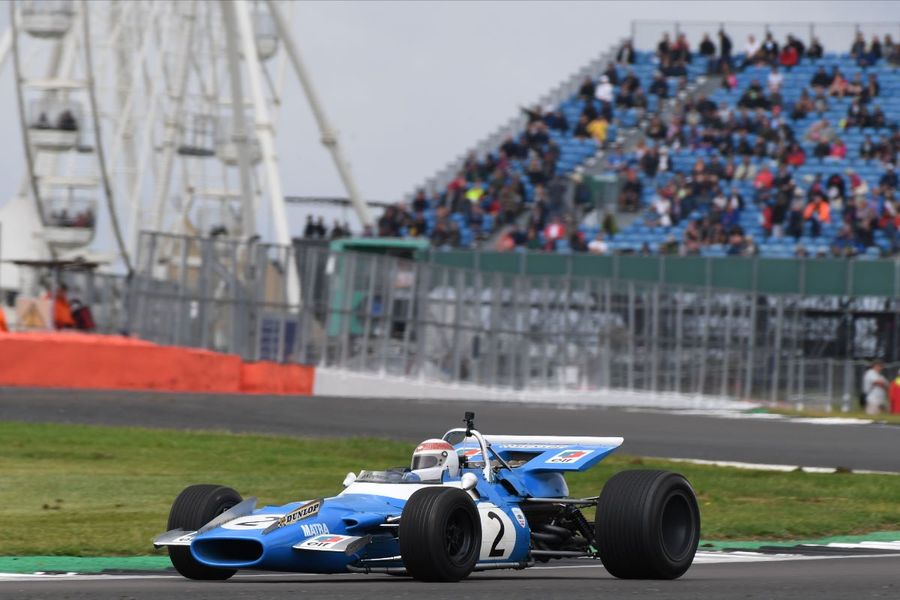 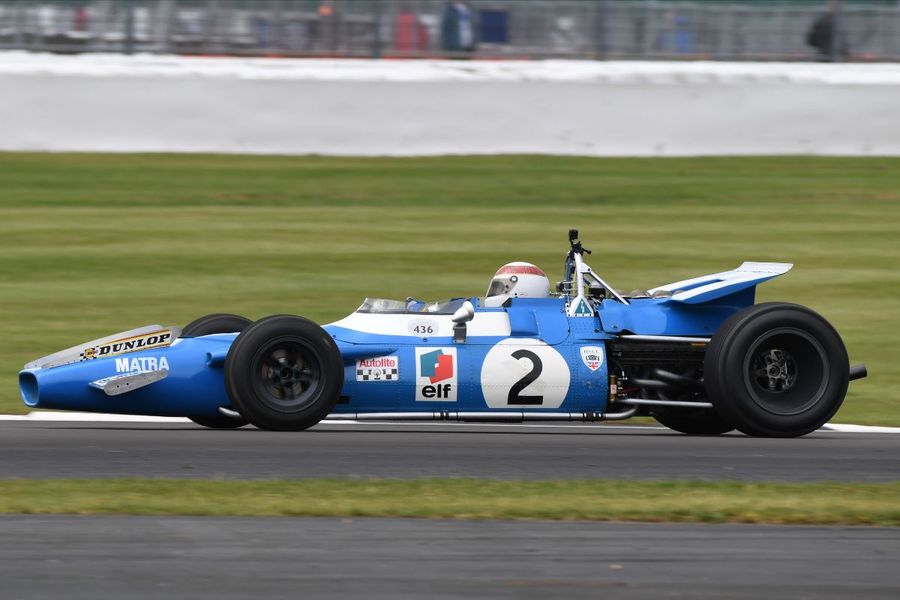 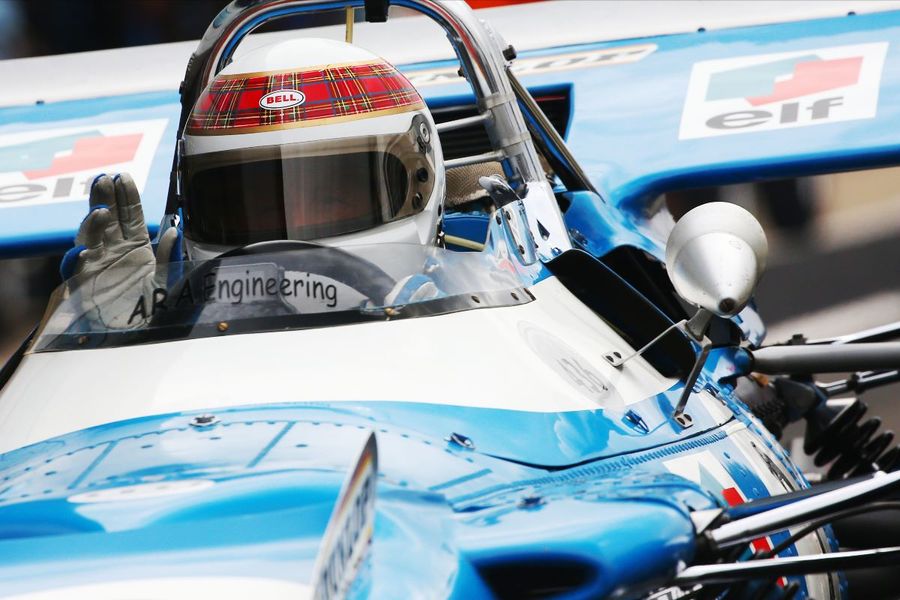 As one of the major highlight’s at this year’s Silverstone Classic, racing legend Sir Jackie Stewart returned to the circuit to celebrate the 50th anniversary of his first British Grand Prix victory which came at the superfast Northamptonshire circuit back in July 1969.

Marking the golden anniversary of that milestone – a win that propelled the Stewart towards the first of his three world championship titles – he was back behind the wheel of his race-winning blue Matra MS80-02 for some evocative laps on both Saturday and Sunday afternoons at the Classic.

The Scot was also happily reminiscing with some of the 100,000+ visitors to the Classic and back on the Silverstone podium, this time to present prizes to the winners of the event’s pair of blue-riband retro F1 races featuring glorious DFV-powered Grand Prix cars dating back to the sport’s halcyon epoch between 1966 and 1985. The two star races were renamed in his honour as the Sir Jackie Stewart Trophy for FIA Masters Historic Formula One.

“The Matra is a special car to me and it’s always a real thrill to be back in it,” said Sir Jackie, who really appreciates that the iconic car has been kept in its original condition. “Over the years I have driven it from time-to-time but to have the Matra back here on the Silverstone circuit 50 years after that win really brings back so many happy memories. It seems just yesterday sometimes!”

Quite apart from its significance to Stewart, the 1969 British Grand Prix is regarded by many as one of the greatest F1 races of all times. It is remembered for a truly epic battle between Stewart and the hard-charging Jochen Rindt in his red, white and gold Lotus 49.

The two fastest men of their generation traded places continually with the lead changing many times until, on one such occasion, Stewart spotted that a part of the Lotus’ rear wing was coming loose and, dangerously, starting to rub against a rear tyre.

Renowned as a campaigner for safety, Stewart warned his rival and Rindt was forced to pit for swift repairs, returning to the track to finish in a thoroughly undeserved fourth position.

“The 1969 British Grand Prix was one of the most exciting and enjoyable Formula One races that I ever had,” recalled Stewart. “Jochen was one of my best friends. The cooperation we had in not trying to block each other allowed us to definitively run away from the rest of the field. We knew, because in those days there was no aerodynamic sophistication, that we could draft each other and pass if we were not blocked.

"Almost every lap, we exchanged the lead on the Hangar Straight and going into the 155mph Woodcote corner, which in those days had no chicane. We pointed to each other which side to be passed on, to avoid reducing our lead from the rest of the pack. We exchanged the lead more than 30 times and it was a fantastic race for both of us.

“The Matra MS80 was a wonderful car to drive and the Lotus 49 was also exceptional, in addition to which we were such good friends that there were no nasty circumstances during the entire race, until the unfortunate point at which Jochen’s rear wing came loose. My father and my brother were there to see me win. It was a big day in my life.”

Today Stewart is crusading for a different cause. After his wife, Lady Helen Stewart, was diagnosed with frontotemporal dementia, he founded Race Against Dementia believing the application of Formula 1 technology and philosophies could produce earlier solutions to the condition. Almost one million people in the UK alone are living with dementia.

“I am extremely grateful to the organisers for supporting Race Against Dementia,” said Stewart. “Helen will be truly proud of what we’re doing to challenge her illness and the challenge dementia poses to us all.”