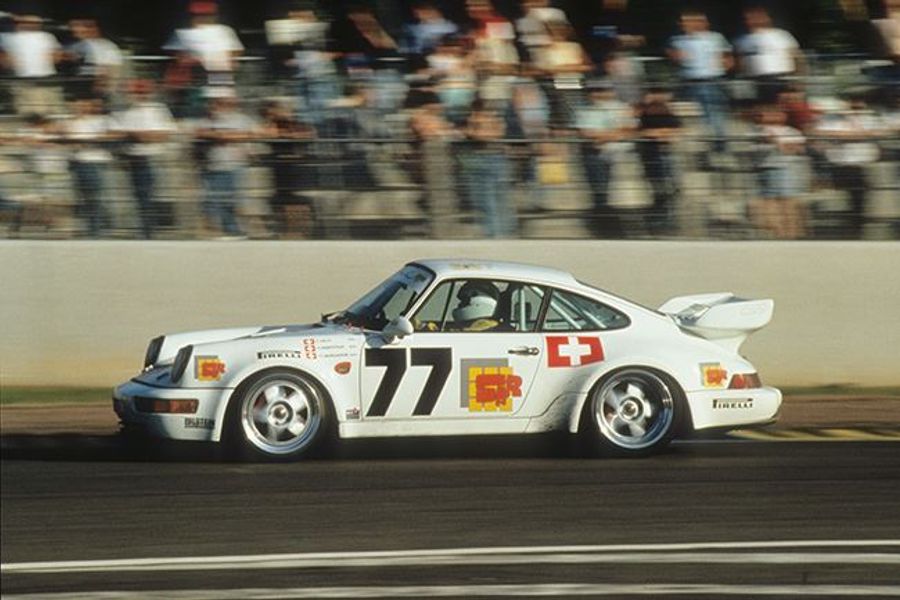 Swiss racer Claude Haldi has died. He took part in 22 editions of the 24 Hours of Le Mans between 1968 and 1993 and the Automobile Club de l’Ouest paid this tribute to his memory:
Born on November 28, 1942, Claude Haldi passed away on December 26th at the age of 75. An eclectic driver who made his mark in rallying (Swiss champion) and in the European Mountain Championship, he also made a name for himself in endurance racing. He competed at the 24 Hours of Le Mans 22-times between 1968 and 1993.
His first participation was at the wheel of a Ferrari 275 GTB4 resulting in a retirement. For his last appearance, he fielded a Porsche 911 Carrera RSR with The Scuderia Chicco D’Oro team alongside Olivier Haberthur and Charles Margueron. The trio finished 18th overall.
Of his 22 Le Mans participations, he made it to the chequered flag at five editions of the legendary Endurance race. Memorable were his win in 1975 in the GTX class at the wheel of a Porsche Carrera Turbo shared with Bernard Béguin and Peter Zbinden - as well as his participations with various Porsches (908, 911, 934, 935 and 961) - and the WM P88 he raced in 1988 with Roger Dorchy who achieved the stunning speed record of 405 km/h at the Mulsanne Straight. Among his teammates figured Reinhold Joest, Jean-Claude Andruet and René Metge.
Remembering Claude Haldi, President of the Automobile Club de l'Ouest Pierre Fillon had this to say: "He was passionate about motorsport. Claude Haldi is important to the history of the 24 Hours of Le Mans with 22 participations to his credit. To his family and loved ones, I extend on behalf of the ACO my sincerest condolences and my heartfelt sentiments."