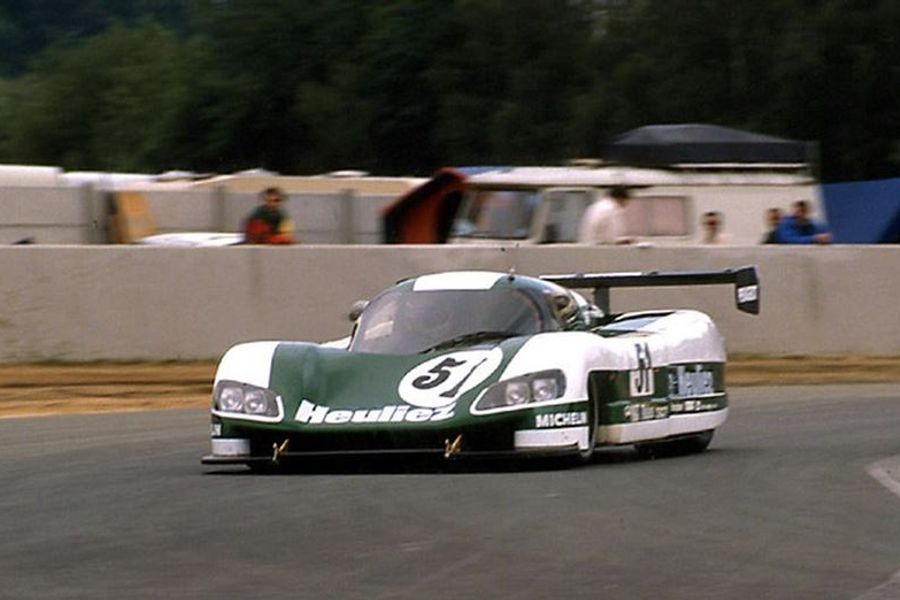 One of the 24 cars on display at the Le Mans Heritage Club at next week’s Le Mans Classic will be the WM that set an outright speed record of just over 400kmh in the race in 1988. Driven by Roger Dorchy, the P88 (also known as the P400 for obvious reasons), the car was entered with the speed record as a goal, and after a troubled start to the race went out at around 9pm with cooling ducts taped up, turbo boost set to max with the aim of going as quick as they could before the engine terminally overheated.

The car was a slipperier version of the P87 the team had run the year before, with a number of design changes, and powered by an engine based on the block of a V6 unit used in the Peugeot 504. It was delivering somewhat more power than when in the humble saloon, the three-litres boosted by two Garrett turbos and reportedly delivering in excess of 900bhp, and such was the support for the team from other French organisations they were even using specially sized Michelins.

In qualifying for the 1988 race the team were sure they had touched 407kph on the straight, though they claimed this at a time when the ACO’s speed trap was out of action due to a problem with its radar system. Having damaged its turbos in qualifying, come the race the P88 was trouble early on, having issues with its cooling system, distributor, fuel pump and electronics. This focussed the team on their sped goal and when Dorchy finally went out he went through the speed trap at 391kmh on his out lap, and then 405kph (252mph) on the next lap.

The car was formally retired at 1am, having spent a grand total of only four hours actually on track, and remains a great Le Mans oddity. Next year, the dominant Sauber C9s were almost as quick, Mauro Baldi recording 400kmh on the straight in qualifying in the car that went on to finish second in the race – no straight-line specials in the Mercedes-Benz camp!