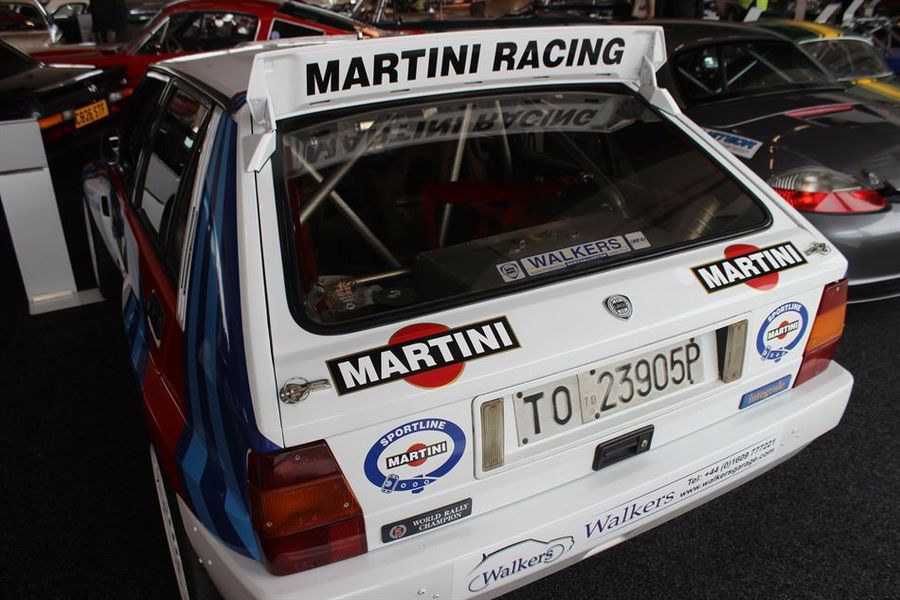 A Lancia Delta HF Integrale Evolution works Group A rally car driven in period by quadruple World Rally Champion Juha Kankkunen sold on the opening day of Silverstone Auctions’ sale at the Silverstone Classic for £225,000. Used by Kankkunen and co-driver Juha Piironen to take fifth in the 1990 1000 Lakes Rally, the sale show the strong state of the classic motorsport market right now, the final price almost twice the original estimate.
The car was also run by Jolly Club that season, taking fourth in the San Remo rally in FINA livery and teeth on the RAC Rally. From 1991 onwards the car continued its competition history, and in 1994 was sold to Walkers Garage Ltd in Yorkshire, where Steve Smith campaigned it in the National Rally Championship. In recent years the car had added little mileage but had been painted an returned to the iconic Martini Livery of its heyday.
Two Labatts-liveried Touring Cars associated with Tim Harvey were in Friday’s sale, a 1991 BMW E30 M3 making £146,250 while a 1989 Ford Sierra RS500 did not sell but is available for £195,000.
Other notable Friday sales were a 1995 Mini Cooper that contested the Network Q rally that year and the East African Safari on five occasions which made £18,563, and a freshly restored March 763 Fomrula Three car form 1976 which was finally old for £50,400.
A McLaren-built BMW 320 touring car that was run by Schnitzer in 1997 and 1998 before going to a successful career in Italy elsewhere was sold for £92,250, while our favourite, a nicely original 1965 Crossle 7S went for £66,375.