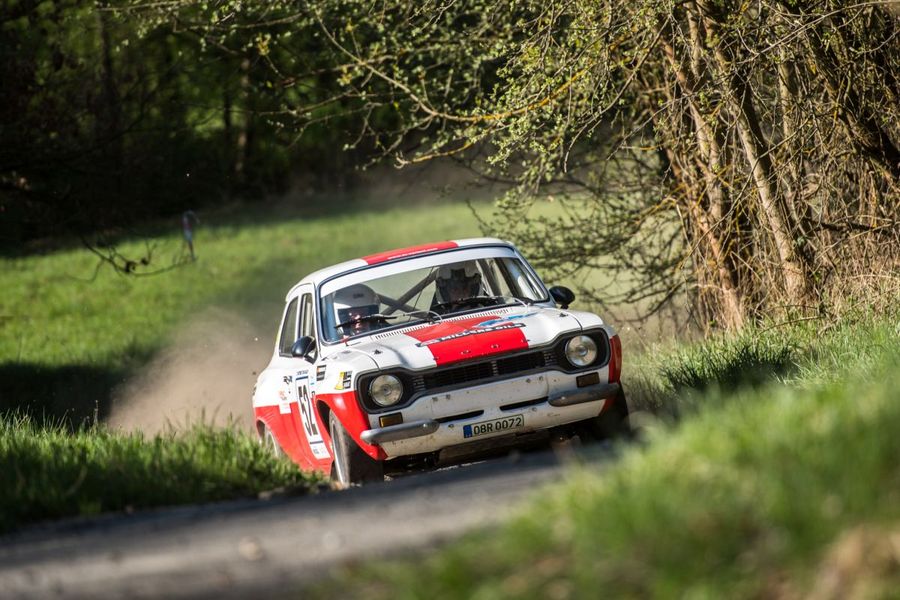 Round two of the FIA European Historic Sporting Rally Championship, the Historic Vltava Rallye in the Czech Republic, has received 42 entries from across Europe.  The event will feature a mouthwatering collection of rally machinery from the 1950s to the late 1980s, including evocative cars such as the Lancia Delta Intergrale, Ford Sierra Cosworth 4x4, Alfa Romeo Giulia GTAM 1750, Porsche 911, BMW 2002 Ti and Audi Quattro. The entry will also feature four local crews, which are sure to delight the Czech fans.

There are 12 Category 4 entries and all eyes will be on the Lancia Delta HF Integrale 16V of Round 1 winners ‘Lucky’ and Fabrizia Pons, the Italian crew that finished the Rally Moritz Costa Brava ahead of the rest of the high class field.

Reigning champions Valter Jensen and Erik Pedersen, from Norway, will be looking to take the challenge to the Italians in their BMW M3, while Czech duo Jiri Ters and Pavel Vitovec will be hoping local knowledge will work to their advantage in the Skoda Favorit 136L. Former Category 2 champion Mats Myrsell will once again be competing in the class with fellow Swede Esko Juntilla in the Ford Sierra Cosworth.

Category 3 is for cars of Groups 1 2, 3 and 4, models homologated between 1/1/1976 and 31/12/1981 and the entry for the Historic Vltava Rallye will feature 11 competitors including Round 1 winners Esa Peltonen and Jyrki Saarto in the Historic Rally Club Finland entered Toyota Starlet 1300 KP61.

The Historic Vltava Rallye will also mark the first outing of the season for reigning category champions Karl Wagner and Gerda Zauner, the Austrian pairing competing in the Profil Racing Team run Porsche 911.   The class will also feature two Czech entries.  Lubos Dolak and Jan Nadvornik will compete in the VAZ 21011 and Radek Horejsi and Katerina Klasterkova in the Lada 1600 R, both entries run by the Automoto Klub Pacejov v ACR.

Category 2 is for cars of Groups 1, 2, 3 and 4, models homologated between 1/1/1970 and 31/12/1975 and features 10 entries.  Round 1 winners Anders and Ingrid Johnsen will compete in Round 2 of the Championship in their Tractive AB Motorsport Transmission Porsche 911 RSR, with the Swedes facing opposition led by reigning champions Lazlo Mekler and Edit Mekler in the Scuderia Coppa Amici run Alfa Romeo Giulia GTAM 1750, the Hungarians looking to make amends after finishing second in Spain last month.

The fourth and final class is Category 1, which is for road legal cars built between 1/1/1931 and 31/12/ 1957 and Touring / GT cars homologated between 1/1/1958 and 31/12/1969.  The category will feature a total of 9 entries in the Czech Republic with reigning champions Antonio Parisi and Giuseppe D’Angelo looking to add a second victory to the first they took in Spain last month.

The Italians will be competing in the Porsche 911S and will once again face some experienced challengers, including the British duo Ernie and Karen Graham in the Ford Escort Twin Cam, whofinished second in the Rally Moritz Costa Brava in March.

The Historic Vltava Rallye will take place on 26/27 April and is based in the west of the Czech Republic in the town of Janovice nad Úhlavou, close to the city of Klatovy.