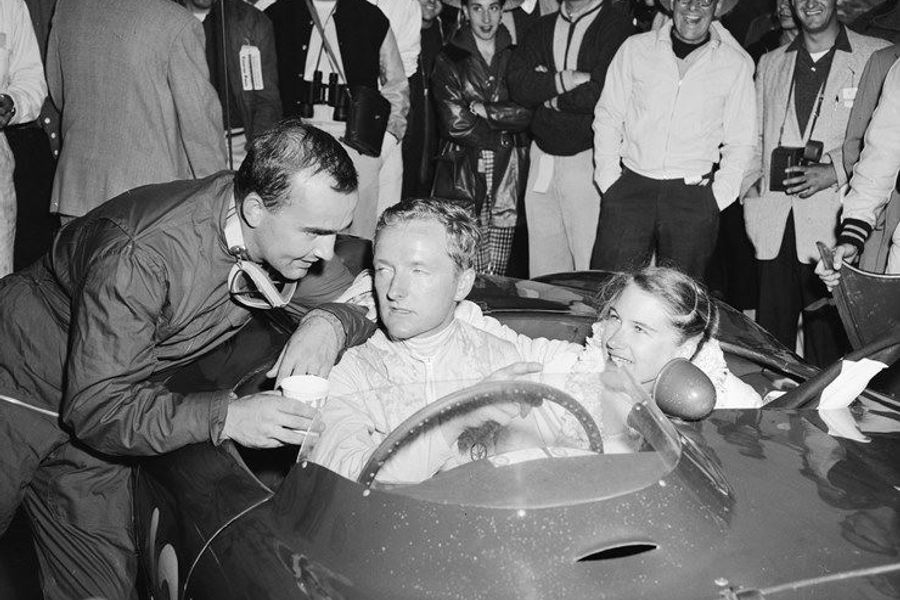 The race that started it all was an upset of sorts. With big-name drivers like Carroll Shelby, Richie Ginther, Fred Knoop, Jim Hall and John von Neumann in the field driving more powerful machines from the likes of Ferrari, Mercedes-Benz, Aston Martin, Maserati and Porsche, few gave Pete Lovely and his year-old 2-litre Ferrari 500 Testa Rossa much of a chance.
And yet … Lovely’s red Ferrari was at the dawn of a new motor racing era as the ceremonial ribbon was cut and the green flag waved for the first time to start a journey that racers and fans still enjoy today at Mazda Raceway Laguna Seca.
The Rolex Monterey Motorsports Reunion will celebrate Mazda Raceway Laguna Seca’s 60th anniversary on August 17th-20th by featuring a number of race cars that have historical significance to the iconic road racing circuit. And one of the most important ones in the track’s storied history is that spirited 1956 Ferrari 500 Testa Rossa that Lovely drove in November 1957 at the brand new race track in Monterey. Now that same car returns as part of the Racing Through the Decades feature display.
The Ferrari, now part of a private collection, is powered by a 2498cc four-cylinder engine that produced 190 horsepower and is one of only 17 ever constructed. Its first driver was actually von Neumann, followed by Bruce Kessler, who drove this car in 11 races prior to its victory in Monterey.
But it was Lovely’s win that catapulted the car, and track, onto the world racing stage. Lovely, who died in 2011 at the age of 85, continued to race the 500 TR in the Monterey Historic Automobile Races into the 2000s. In Lovely’s own words, we reflect on that winning November day:
“I’ll always remember that race because it was the first race run at Laguna Seca and because it attracted a who’s who of West Coast sports car racing. I was fortunate enough to be able to come across the line in front of everyone else on the last lap, and I did it in a 2-litre car. That was a real thrill.
“Johnny von Neumann and myself were the main survivors after the first race was complete because Carroll Shelby, Jack McAfee and Richie Ginther had all dropped out with various mechanical problems. That left von Neumann and myself battling for the lead. Johnny had a new 2.5-litre, 4-cylinder engine in his Ferrari TRC and I had a plain old 500 Testa Rossa with a 2-litre engine.
“I could get up close to von Neumann, but I couldn’t pass him because I didn’t have enough power to get by. I devised a scheme by which I would very gradually fall back to where he couldn’t see me in his mirror. I then turned on a couple of really hot laps and I got right on his tail when we reached Turn 9. When Johnny saw me there, he got flustered, missed a shift coming out of that turn and I passed him. The rest is history.
“That day was very exciting for us because we had no intention of having that little 2-litre car being an overall winner when Fred Armbruster and I bought it. That little Ferrari was a pretty amazing car. I liked the old Laguna Seca track because it took a lot of skill to hold your foot down around the old Turn 2. You had to be really on your toes or you would miss that corner. If you did that, it was certain disaster.”
A maximum of 550 historic race cars have been accepted for entry in the Rolex Monterey Motorsports Reunion that will swell the paddock with rolling automotive history. Each car has been evaluated for its authenticity, race provenance, and documentation that it is period and mechanically correct from when it originally ran. From early pre-war cars to the ground-pounding IMSA Grand Tour Series Prototypes, the senses will be fully rewarded.