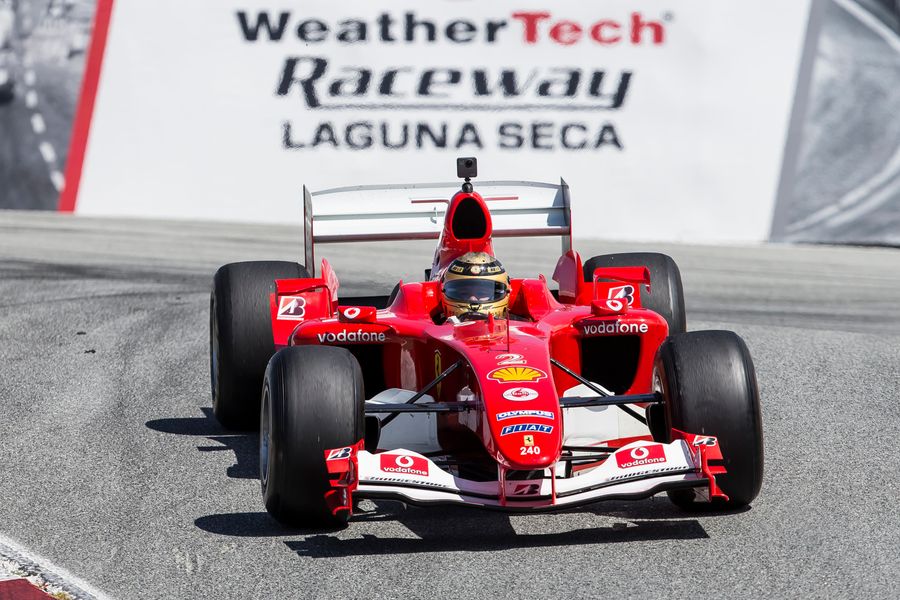 Ferraris past and were at Laguna Seca over the weekend as part of the Ferrari Racing Days that featured cars from the legendary auto manufacturer and racing team. While races and demonstrations of the XX supercars entertained, for many the runs of the 333 SP sportscar and the Corse Clienti Formula One cars were a highlight.

Attendees were treated to the music generated by the V10 engines of F2004 Formula One cars with racing pedigree. The actual cars in which Michael Schumacher drove to wins in the first five races of 2004 (Car No. 234) and Rubens Barrichello triumphed at the 2004 Chinese Grand Prix (Car No. 240) were driven around the 11-turn, 2.238-mile WeatherTech Raceway Laguna Seca road course by drivers in the Corse Clienti F1 program. Owners get the opportunity to drive the machines with Ferrari’s guidance and support.

"I made a big mistake – I had never driven the WeatherTech Raceway Laguna Seca track, and my first time is in a Formula One car!" said Rick Yan, immediately after driving car 240. "The guys who work on this car do an amazing job. It feels so great to go down the iconic Corkscrew in an F1 car. I can't believe it."