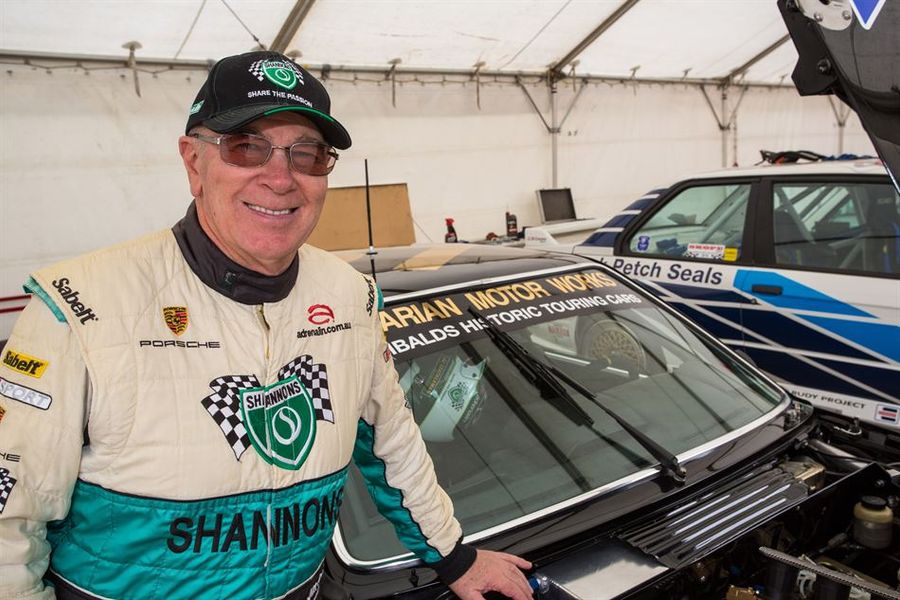 “The mix of cars as well as some of the star drivers like Jim and his son Steven, from the various eras certainly seemed to capture the imagination of the crowd,” says Sinclair. There were people two and three deep outside some of the pit garages. It was fantastic.”

The local Historic Touring Car (NZ) Association was set up in 2015 to promote the purchase and active use of Touring Cars from the various categories which were run through the 1980s and 1990s, and with over 50 active car-owning members it was decided last year that there is enough ‘critical mass’ to sustain a new, standalone series here. That series kicked off at MG Classic meeting at Feilding’s Manfeild circuit in November last year and concludes at the annual Evolution Motorsport Speedfest meeting at Invercargill’s Teretonga circuit later this month.

Joining Richards and the famous ex-Australian Touring Car Championship (ATCC) Group C BMW on track at the Skope Classic meeting this weekend will be Trevor Crowe in the similar, Group A-spec JPS-liveried BMW 635i the South Island motorsport identity drove here and across the Tasman in period, as well as Peter Sturgeon himself in the 2.3 litre Group A-spec E30 BMW M3 he also owns, and Australian Touring Car identity Charlie O’Brien in Murray Sinclair’s Nissan Primera Super Tourer.

Also part of an impressive 20-strong field will be the ex-Paul Radisich BTCC Peugeot 406 now owned by Dunedin driver Stephen Grellet and the Chapman family-owned BMW 320i Super Tourer raced in period by Dennis Chapman but being driven this weekend by son Dale.

Other BMW E30 or E36-based Group A or Super Touring models will be driven by Simon Crampton, Bruce Miles, Michael and Andrew Buist and Warren Goode, the latter the very car that won the 1992 BTCC title in the hands of British driver Tim Harvey.

The Archibalds Historic Touring Car Series cars will be on track from today with qualifying, then four races over the weekend, over six-laps each morning and eight each afternoon.