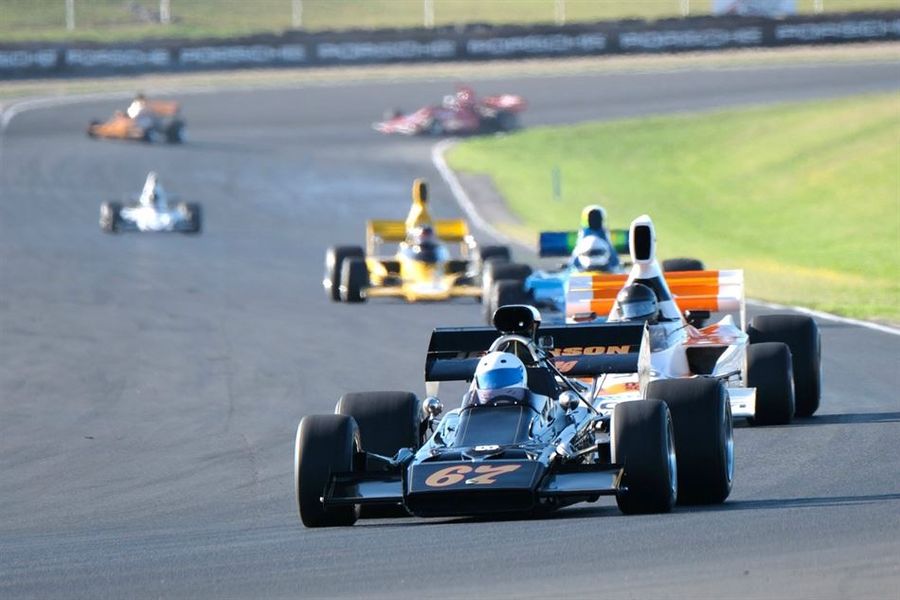 Over the 14 years the NZ-based series has been running seven drivers have won the overall title. And with the return, this season, of 2013/14 title holder Andy Higgins (Lola T332) from Auckland, from last weekend’s Hampton Downs round of original and three-time series champ Ian Clements (Lola T332) from Christchurch, and for this round of three-time champion Steve Ross (McRae GM1) from Dunedin, means that for the first time in a number of years five of the seven title-holders – the fifth is current champ Brett Willis (Lola T330) from Rotorua – will be back behind the wheel on the same track at the same meeting.

Add in young gun Michael Collins driving the Alistair Hey McRae GM1, who was leading the category point standings up until the most recent round, plus Hampton Downs standout Aaron Burson (McRae GM1), and runaway Class A (for older cars) points leader Dave Arrowsmith (Lotus 70) from Christchurch, plus quick series regulars like Glenn Richards (Lola T400),  David Banks (Lola T332), both from Auckland, and UK-based series regular Greg Thornton (Chevron B24), and you have the makings of a classic F5000 category match-up.

Series newcomer Tony Galbraith from Hampton Downs (Lola T332) and Tim Rush from Feilding in his unique McLaren M22, have also impressed this season, while the large crowd is sure to love Aucklander Frank Karl’s beautifully restored and presented  McLaren M10B.

The field is certainly one of the biggest seen this season, a fact NZ F5000 Association committee member David Abbott attributes – in no small part – to NZ Rail and the re-opening of the Picton-Christchurch rail link via Kaikoura.

“Hats off to NZ Rail and our freight partners MSC, NZ Express, Bonneys and Pacifica,” Abbott said on Thursday. “Last year with the rail link lost, we only just got all the containers with our cars in them to Christchurch via the Lewis Pass road link in time for Skope. This time they were here on Wednesday which is some sort or record for us.”

There are three races for the 17-strong SAS Autoparts MSC NZ F5000 Tasman Cup Revival Series field at the Skope Classic meeting. After a 20-minute qualifying session on Saturday morning there is one eight lap race on Saturday afternoon, a second eight lapper on Sunday morning and a 12 lap final on Sunday afternoon.

This Weekend: Historic Rally Heaven in Chester and Race Action from Florida