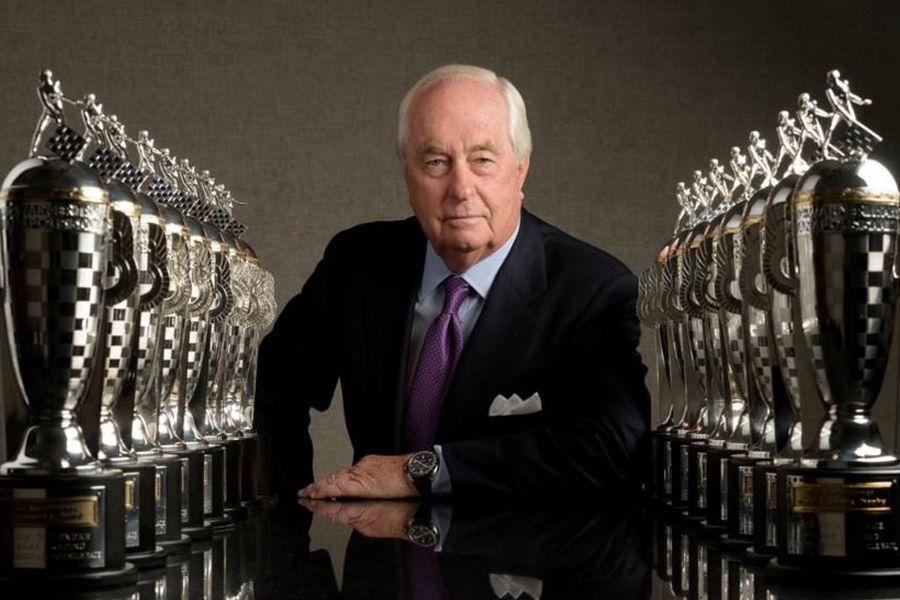 Famed racer, team owner and international businessman Roger Penske will be the Honoree of the Silver Anniversary Amelia Island Concours d’Elegance on March 5-8, 2020.

Now in its 53rd season, Team Penske is one of the most successful racing teams in history. Cars owned and prepared by Team Penske have produced more than 500 major race wins, 590 pole positions and 34 championships in open-wheel, stock car and sports car racing competition. The team has earned 17 Indianapolis 500 victories, two Daytona 500 wins, overall victories in the 24 Hours of Daytona and the 12 Hours of Sebring plus a Formula 1 win in the 1976 Austrian Grand Prix.

Roger Penske’s name is synonymous with motorsport excellence and success, yet few appreciate his on-track accomplishments as a driver in the years (1958-64) before the creation of Team Penske.

It began at an SCCA drivers’ school at Marlboro Raceway in Maryland with a fuel-injected Corvette. Just four years later he won the professional USAC Road Racing Championship title.

Roger started 130 races in seven seasons and won 51 of them. He also finished in the top five in another 60 races, a record that stands with even the greatest drivers. He won his first national championship -- SCCA D Modified -- in 1961 racing a Maserati T61 and a Cooper Monaco. Sports Illustrated named him “Driver of the Year”, but there was more to come as in 1962 he changed American road racing, leaving his mark on motorsport forever.

In 1962 he created his Zerex Special sports racer from the remains of a Formula 1 Cooper that had crashed in the first US Grand Prix at Watkins Glen. When the Zerex Special showed up at Riverside, CA that October for the LA Times Grand Prix everyone cried “foul.” But the car was legal even though the driver sat in the center, not in the usual position for a two-seat sports car. There was a small - but legal - second seat under an access panel. That meant Penske’s Zerex Special met the letter of the regulations precisely.

Penske not only won that race and its generous purse, he also delivered broad and positive publicity to Du Pont, his sponsor, a Dow Jones-listed company. Even then Penske was a superb salesman. When he put the names Du Pont and ZEREX on his unique red center-seat sports car it broke through the clutter at a time when the major American sports car racing sanctioning body outlawed commercial sponsorship. Penske’s Zerex Special was the biggest news in motorsport that October weekend, even displacing the competition debut of a new American sports car named ‘Cobra’ to the inside pages.

A week later Roger and his Zerex Special won at Laguna Seca and he was crowned the 1962 USAC Road Racing Champion. A Wall Street corporation had been lured into American professional road racing by a 26 year old Alcoa Sales Engineer who had beaten Indy aces and F1 World Champions to win the 1962 title.

After sweeping the 1964 Nassau Speed Weeks, winning all four races for Chaparral and Corvette, Penske retired from driving to concentrate on business. Even an invitation to test one of Clint Brawner’s Indy Cars couldn’t deflect him from his course. So an up and coming sprint car ace named Mario Andretti got the test.

In 1966, Roger created Roger Penske Racing, which would eventually become Team Penske. It was a time of technical innovation, especially in road racing; wider tires and the new science of aerodynamics moved the performance boundaries and brought increased speeds. A pair of United States Road Racing Championships (1967 and ’68) and three Trans-Am Championships (1968, ’69 and ‘71) came quickly.

From DuPont to Sun Oil, Penske pushed the commercial frontier of motorsport as hard and as far as innovators like Jim Hall and Colin Chapman forced race car design evolution.

The brilliance of Penske’s 1962 Formula 1-based Zerex Special often echoes in the cars that wear Team Penske’s colors. But none as clearly and with the resonance of his 1994 Indianapolis 500 winner; the Penske PC23 powered by a special Mercedes-Benz V-8 pushrod engine nicknamed “the Beast” that simply crushed the opposition. Then it was banned.

Nothing like it had ever happened in motorsport. If there was ever a Penske “unfair advantage” the Beast was it. Yet the 1000 horsepower-plus Mercedes-Benz 500I V-8 was perfectly legal and well within the letter of Indy’s rules. The engine designed to win just one race had given depth to Penske’s maxim: effort equals results.

Penske applied the same concentration and effort that he brought to motorsport to his first car dealership in Philadelphia. It was the first rung on a ladder that would see Penske’s international portfolio bulge to over $31 billion in annual revenue and more than 63,000 employees worldwide. Known as “The Captain” for his lead-from-the-front management style, Roger Penske’s business empire is global in fame and reach.

“Remarkably, Roger Penske began to create the template for modern professional motorsport when he was still in his twenties,” said Bill Warner, founder and Chairman of the Amelia Island Concours d’Elegance. “I can think of no one whose contributions to all facets of motorsport deserve to be acknowledged as much Roger Penske’s. We’re flattered that he’s been able to make time to accept our invitation to be the Honoree of the Silver Anniversary Amelia Concours.”

You can enjoy again our exclusive coverage of the 2019 Amelia Island Concours d’Elegance which takes you to the heart of the famous event here: https://www.historicracingnews.com/Amelia-Island-2019