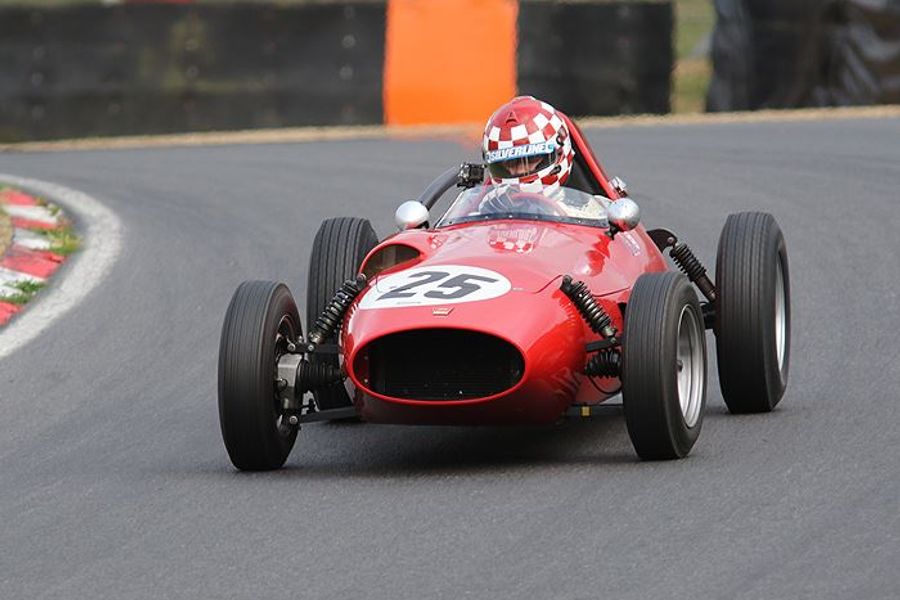 The Croft Nostalgia Festival this coming weekend, 8th and 9th of August, is the next date for the Historic Sports Car Club with a 19-race programme at the North Yorkshire track alongside a broad array of attractions, both on the ground and in the air.

The Silverline Historic Formula Junior Championship reaches rounds 10 and 11 of 15 and the man starting to take a firm grip on the title is Andrew Tart in the rare front-engined Bond. However, several drivers have the pace to make life difficult for Tart in the front-engined class including his team mate, 1970s F3 ace, Mike Walker. Mark Woodhouse (Elva 100) is a former overall champion and will surely take the battle to Tart, while Lola Mk2 racer Justin Fleming is another contender and makes the long trip north from Sussex.

At the head of the race, two local drivers could steal the glory. Across the Pennines from Millom in Cumbria comes James Murray (Lola Mk5) while North Yorkshire’s Jonathan Hughes will be firmly on home ground in his Brabham BT6. However, Swiss racer Urs Eberhardt (Lotus 27) could take the spoils back over the Channel.

Another fabulous field will line up for the Historic Formula Ford 1600 Championship. Heading the title race is newcomer Richard Mitchell and two more top results will put him in a strong position for the concluding races. The Devon youngster only started racing this season and has driven superbly in the Merlyn Mk20 prepared by the Speedsport team.

After nine rounds of the ByBox Historic Touring Car Championship it is wide open with three drivers heading the title contest. The main protagonists are former champions Simon Benoy (Hillman Imp) and Tim Davies (Lotus Cortina) along with Peter Hallford in his Ford Mustang. Davies, the reigning champion, is being hit by a lack of class rivals and the ensuing reduced points, while Hallford has the Mustang of Warren Briggs as a big threat. Benoy, meanwhile, faces four more Imps in his class, so it’s going to be an intriguing battle.

The 1-litre F3 cars of the late 1960s return to Croft for rounds seven and eight of the 12-race Historic Formula 3 Championship season. Currently, Swedish commuter Leif Bosson heads the points in his Brabham BT28 but Simon Armer (March 703) is chasing hard after missing the trip to Dijon in France.

The HSCC 70s Road Sports Championship is building towards a close finish as only a couple of points split James Dean (Lotus Europa) from defending champion Peter Shaw (TVR Tuscan). Meanwhile, the Morgan Plus 8 of Kevin Kivlochan will be the car to beat in the Historic Road Sports Championship, but the fleet Lotus Elans of Roger Waite and Peter Shaw will run the Morgan close.

The Classic Clubmans Championship makes the journey north with Kent racer John Harrison the benchmark in his Mallock Mk21. His rivals include Peter Carter (Phantom P79) while Clive Wood (Mallock Mk20B) travels up from Southampton to head the class for FF1600-engined cars.

Guest races include the Lackford Engineering Midget and Sprite Challenge and a mini-enduro for the Historic Sports 2000s which is primarily about the pre-1980 cars like the Tigas and Lolas. Finally, the magnificent 500cc Formula 3 cars have a race on Saturday afternoon to recall the early days of post-war motor racing.