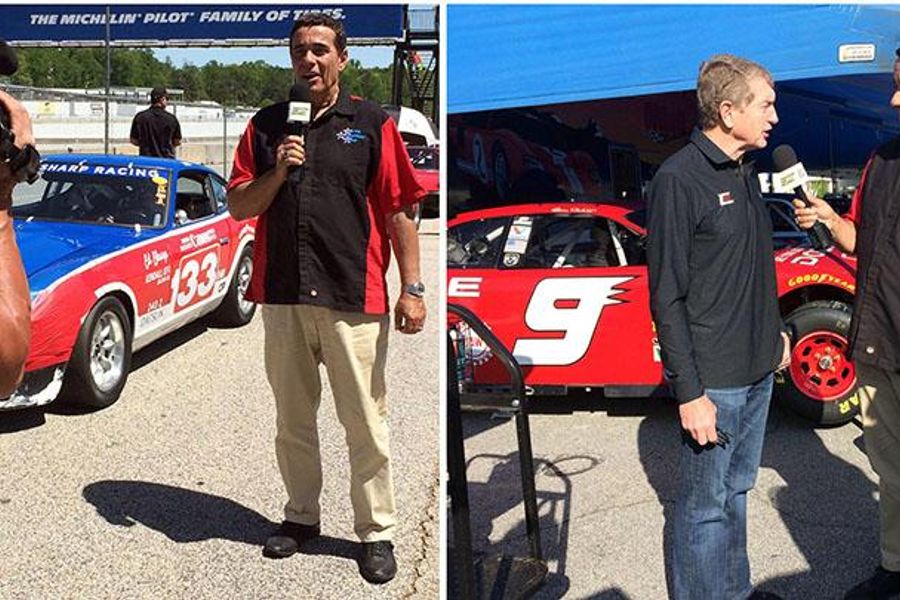 Historic Sportscar Racing teams and drivers will be featured on US television this weekend in Episodes 3 and 4 of "Trackside Time Machines," which will be broadcast in a back-to-back schedule this Saturday, December 15, from 10 - 11 a.m. EST on CBS Sports Network.

"Trackside Time Machines" gives viewers a "who's who" of HSR competitors and a look at some of notable motorsports legends that participated in the 41st HSR Mitty, including Grand Marshal John Morton, Hollywood funny man and automotive enthusiast Adam Carolla and many more.

Saturday's consecutive airings of Episodes 3 and 4 follow the Thanksgiving weekend premiere of "Trackside Time Machines" when Episodes 1 and 2 aired.

Airing at 10 a.m. EST this Saturday, Episode 3 of "Trackside Time Machines" is all about the production-based sports and GT cars that are a huge part of HSR competition. Spanning five decades, featured cars include an Austin-Healey Sprite, Sunbeam, Morgan, several Corvair Yenko Stingers and a rarely seen Daimler. Carolla, who raced at the 41st HSR Mitty s part of the event's celebration of featured marque Datsun/Nissan, also gets in on the episode three action to spice things up a bit.

Airing at 10:30 a.m. EST this Saturday, Episode 4 is dedicated solely to the Datsun/Nissan celebration that attracted a strong entry of competition Datsuns, Nissans and Skylines from around the country. A highlight is an interview with Datsun/Nissan racing legend Morton who not only presided over the 41st HSR Mitty but put in a podium performance of his own. Morton drove a 1970 No. 46 BRE Datsun 240Z to a third-place showing in Saturday's Group 3A WeatherTech Sprint.

All four "Trackside Time Machines" episodes were originally scheduled to air in a back-to-back two-hour window Thanksgiving weekend, but a programming issue instead had repeat airings of Episodes 1 and 2 in the second hour.

In response to the miscue, Masters Entertainment Group and CBS Sports Network worked together in not only rescheduling the premieres of Episodes 3 and 4 but also back-to-back bonus re-airs of the two 30-minute shows.