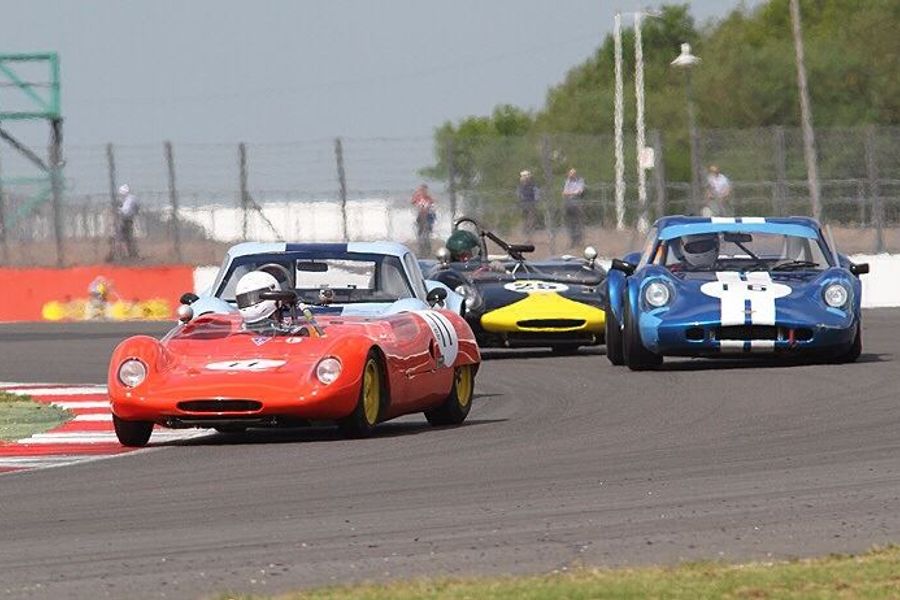 The Historic Sports Car Club has unveiled the 2015 Silverstone International Trophy, a 14-race weekend on the Silverstone Grand Prix circuit (16th and 17th of May). The International Trophy is now an established highlight of the HSCC season as competitors get a rare chance to race on the full Grand Prix circuit at the club’s home venue. More than 400 competitors are expected to compete over the weekend.
Headlining the race programme will be the first race for the new Pre ’80 Endurance Series, which incorporates the former Martini Trophy and is open to sports-racing, GT and Touring Cars of a type that competed in international races up to the end of 1979. There is also a class for pre ’85 Sports 2000s in the 50-minute race. The Silverstone weekend features the second round of the HSCC Jaguar Heritage Challenge for pre ’66 Jaguars in period specification. The opening race is at Donington Park two weeks earlier and is expected to have a capacity entry.

Another grid heading for Silverstone following the Donington Historic Festival is the GT and Sports Car Cup, where as many as 50 pre ’66 GT cars and pre ’63 sports-racing cars will battle in an hour-long two-driver race at mid-day on Sunday. Enjoying a race each day are contenders in the Historic Formula 3 Championship for the fabulous 1-litre cars and competitors in the combined Derek Bell Trophy and Classic Formula 3 Championship rounds.