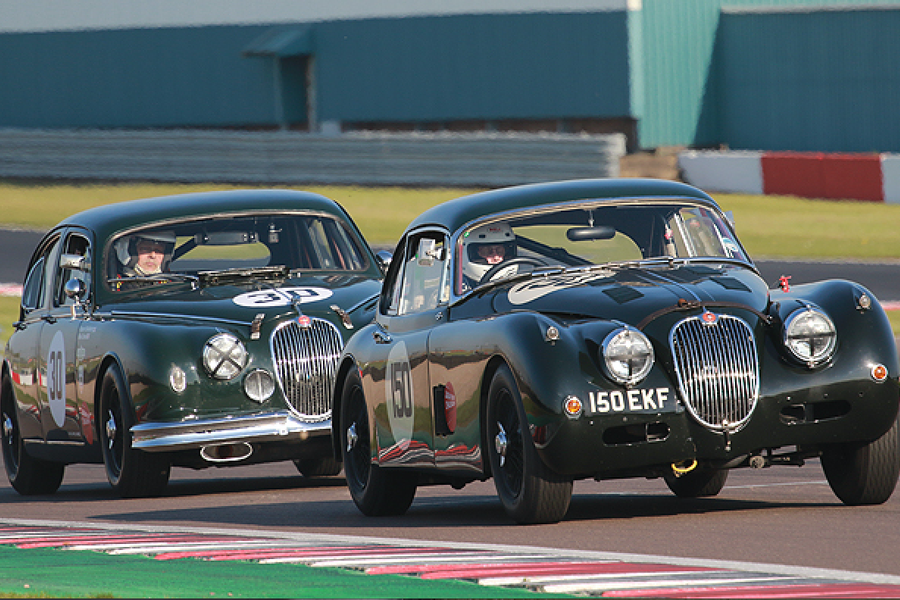 The Historic Sports Car Club has unveiled the 2019 Jaguar Classic Challenge, which will feature a superb schedule of five high-profile race dates as well as an invitation race at the spectacular Dijon-Prenois circuit in France.

With Donington Park, Silverstone GP, Brands Hatch GP and Spa-Francorchamps all on the schedule, joined by a debut visit to the Croft circuit in North Yorkshire, it is a first class calendar for the Jaguar Classic Challenge, which is managed by the HSCC in conjunction with Jaguar Land Rover.

First run by the HSCC in 2011 to mark the 50th anniversary of the model, the E-type Challenge ran for three seasons and, after a year’s gap, was successfully followed by the Jaguar Classic Challenge. The HSCC is now taking the Challenge into its fifth year.

The season starts at the high-profile Donington Historic Festival (3rd-5th May) and then takes in prime slots on the Silverstone Grand Prix circuit (18th/19th May) and the Brands Hatch Grand Prix circuit (29th/30th June) along with a new date at the Croft Nostalgia Weekend (3rd/4th August) before concluding at Spa-Francorchamps during the fabulous Classic Six Hour meeting (28th/29th September). In addition, the HSCC will administer an invitation race for cars from the Challenge at the prestigious Peter Auto event at Dijon in France (8th/9th June).

Andy Dee-Crowne, CEO of the HSCC, said: “We are delighted to announce details of the Jaguar Classic Challenge for 2019. The calendar is exceptional and the addition of the invitation race at Dijon marks a chance to tackle one of the best tracks in Europe. The HSCC offers competitors cost-effective racing at the best tracks in Europe and we look forward to another very successful season of Jaguar racing.”