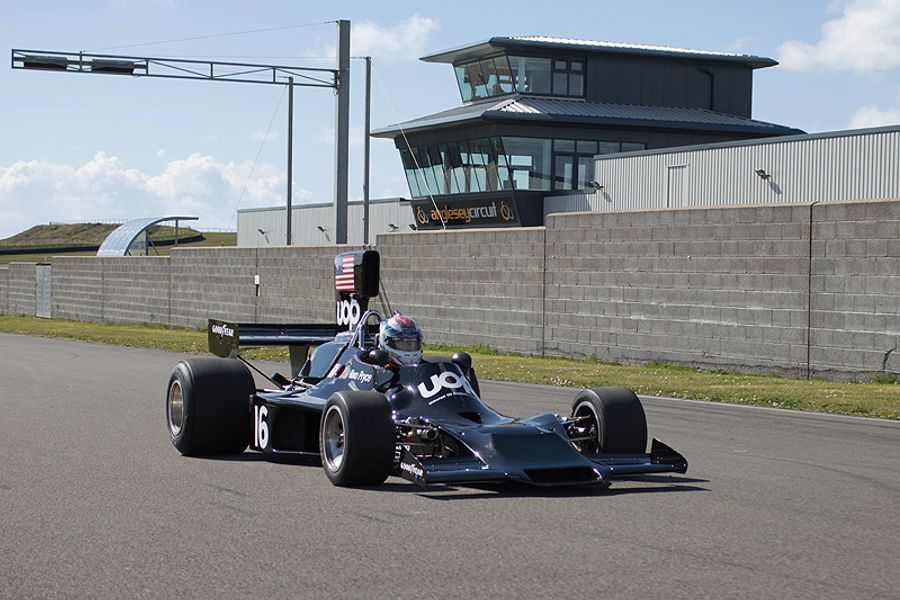 The life of Tom Pryce will be celebrated at the Anglesey circuit in North Wales this summer (July 13th/14th) when the Historic Sports Car Club’s first race meeting at the spectacular track is dedicated to the famous Welsh Formula 1 racer.

Announced on St David’s Day, the Tom Pryce Memorial Race Meeting will honour the memory of a hugely popular driver who had a meteoric rise to fame and a flourishing Grand Prix career that was tragically curtailed by an accident in the 1977 South African Grand Prix.

The plans for the event are moving ahead with the blessing of Tom’s widow, Nella, who now lives in France. “It certainly is a great idea to remember Thomas at this race meeting and I’m all in favour of it,” she said.

As well as honouring the memory of this unassuming young racer from North Wales, the weekend will support the memorial fund being established to provide a permanent memorial to Tom in his home town of Denbigh.

Alongside the Formula Atlantic races, the weekend will include mighty Formula 5000s in a double-header for the XL Aurora Series and the HSCC Historic Formula Ford Championship, where the entry will include several Lola T200s.

Back in 1970, Tom won a Lola T200 in a Daily Express competition, which set him towards a racing career. In 1972, he raced in Formula Atlantic with the Royale team and made his Formula 1 debut in 1974. He then raced for the Shadow F1 team in 1975 and 1976 and was set to become one of the leading Formula 1 drivers of the era when he died in South Africa in March 1977. Tom was just 27-years-old at the time and would have reached his 70th birthday in June 2019.

Andy Dee-Crowne, CEO of the HSCC, said: “We are delighted to be taking a full weekend of HSCC racing to the superb circuit at Anglesey for the first time. It is wholly appropriate to honour the life of Tom Pryce, a quiet hero from North Wales who was destined for the very top of the sport. Having the inaugural Formula Atlantic races along with Historic Formula Ford on the programme provides a perfect link to Tom’s formative years.”