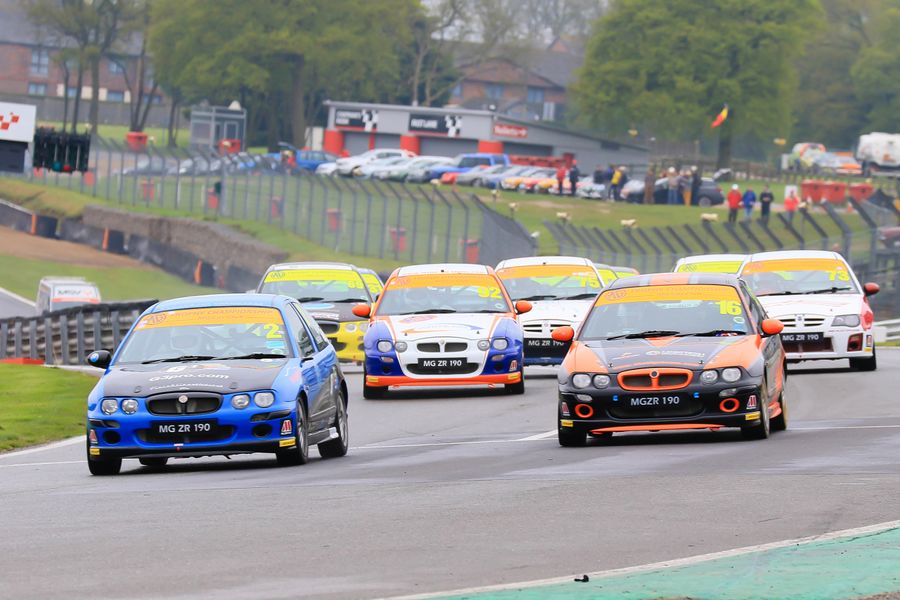 The MG Car Club’s Motorsport activities for the 2019 season have been confirmed with a six race calendar for the Club’s six Championships. Alongside the Club’s non-motorsport activities, the Club are the largest single marque club organising and managing all of their race meetings and championships. Motorsport is synonymous with the MG brand, with numerous race and rally appearances and also land speed records littered throughout history.

Kicking off at the end of March, the calendar runs through to October;

To encourage participation from young competitors, the MG Car Club will continue to offer half price entries to any competitor 25 and under for the 2019 season, meaning entry fees for a weekend could be as little as £300.

The six championships and two series ran by the Club cover every era of MG from the first up to the later models.

The BCV8 Championship has been one of the most successful Club based motor racing series and continues to thrive by providing close racing at a relatively low cost.

The Cockshoot Cup is a solid silver trophy donated to the MGCC in the nineteen thirties by the then MG Dealers in Manchester. Since 1984 the Trophy has been awarded to the winner of the race series run by the MG Car Club North West Centre Ltd.

MG Metro Cup
The Drayton Manor Park MG Metro Cup is the racing formula for all types of MG Metro and Rover 100 Metro. For 2019, the MG Metro Championship will allow five-door Metro variants to enter the championship.

Started in 1992, the Championship has been successful in maintaining its objective of providing an easy way into motor racing for drivers with a limited budget.

In recent years the MG Trophy has produced a number of drivers who have gone on to higher levels of motorsport with ex Trophy driver Jack Goff now competing in the BTCC having won the Clio Cup in 2012.

MG Cup
For 2019, cars from the Austin Rover stable will be welcomed to the grid, with Rover Tomcat Turbos and Rover Metro GTis lining up against the usual array of MG machinery.

The MG Cup has been running for over 30 years, with a simple structure and regulations designed to keep costs to a minimum and provide a challenge for new and experienced drivers alike.

Series & Guest Championships
The Iconic 50s series for 50s MG Sports cars and MG XPAG specials against other Marques including Austin Healey and Alfa Romeo and the Triple M Challenge for MG Midget, Magna, Magnette cars will also be back at selected events.

In addition to the six MG Car Club Championships, guest championships from Equipe GTS, Morgan Sports Car Club and Porsche Club GB will be welcomed back to ensure each meeting provides an excellent spread of racing for spectators.