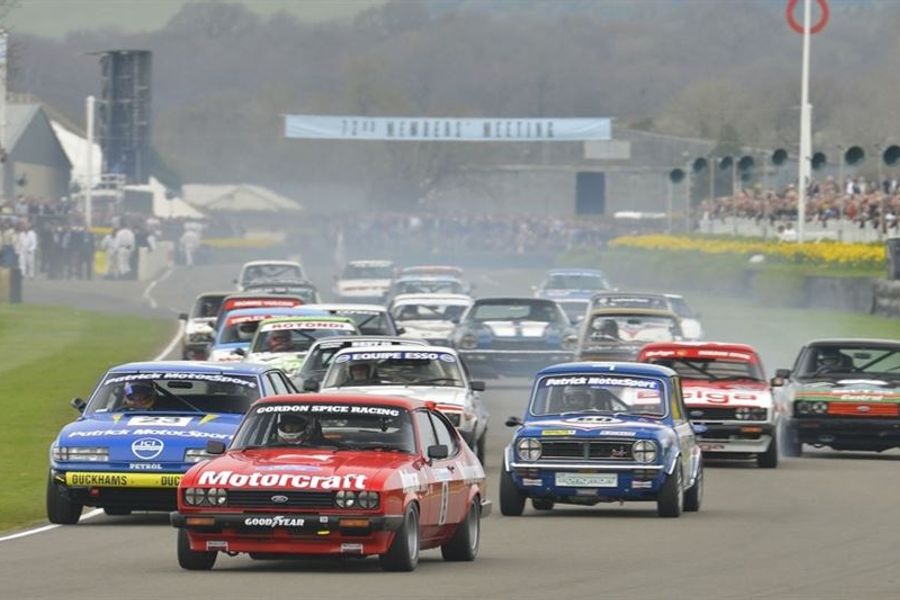 The Goodwood Road Racing Club has announced that the 74th Members’ Meeting will be held on the weekend of March 19th and 20th, 2016, at Goodwood Motor Circuit. The Members’ Meeting was revived in 2014 for members of the GRRC to continue the tradition of the 71 club motor sport events held at Goodwood from 1949-66, and has, for the past two seasons, become the ‘must-attend’ opener for the historic motor racing season.

The 74th Members’ Meeting features several new races, one of which will mark the debut of motorcycle racing at the event in a special on-track encounter for 250 and 350cc two-stroke grand prix bikes of the 1970s and early ‘80s – an era that featured world title success for riders such as Giacomo Agostini, Walter Villa, Johnny Cecotto and Toni Mang.

Also making their debuts in 2016 will be an into-the-dusk encounter on Saturday exclusively for the Ford GT40 to mark the 50th anniversary of the car’s maiden win at the Le Mans 24 Hours in 1966, and the introduction of the Whitmore Trophy for mid-1960s saloons in honour of former British and European Touring Car Champion Sir John Whitmore.

The hugely-popular Gerry Marshall Trophy – which pairs professional racers with Group 1 touring cars of the early 1980s – returns for a third successive year, while the Bruce McLaren Trophy for early Can-Am protoypes is also retained from 2015.

The 2016 Members’ Meeting will feature a total of 13 races – the most ever staged at the event, with 11 taking place on a packed Sunday of on-track action that will cater for some exquisite historic sports and single-seater cars among the daffodils.

High-speed demonstrations will be held for ‘ground-effect’ Formula 1 cars of 1977-82; examples of which were driven to World Championship success by legends such as Mario Andretti, Nelson Piquet and Keke Rosberg, and for spectacular Group 6 sportscars such as the iconic Le Mans-winning Porsche 917 and Ferrari 512.

Off-track, the battle for the Goodwood House Cup, won by Anthony Reid’s ‘Methuen’ House for the past two years, will be bolstered by fun competitions – all counting for House points – throughout the weekend, and will feature a huge Saturday night party for all guests, culminating in a spectacular fireworks display set to music.