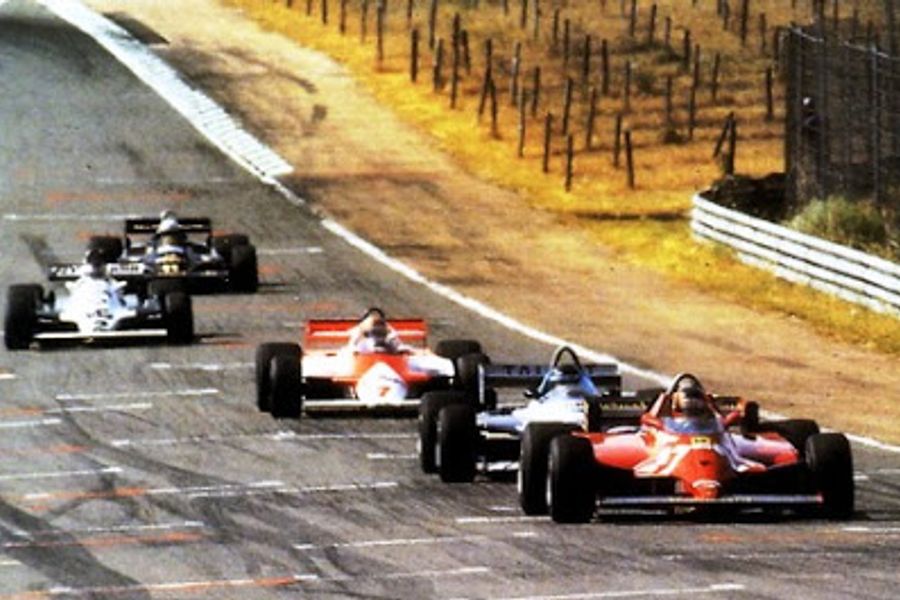 As a rule, we prefer to honour the birth day of famous drives on HistoricRacingNews.com rather than the day they died, particularly if their end came in a race car, but this week the combination of the 37th anniversary of the death of Gilles Villeneuve (May 8th, 1982) and this weekend’s Spanish Grand Prix can only bring back memories of his sixth and final Grand Prix win.

Having raced for Ferrari for his entire Formula One career - bar his debut race at the 1977 British Grand Prix -  the Canadian and his press-on style had a huge following in Italy, who regarded him as the favoured son of the marque. In Gerald Donaldson’s excellent biography of Villeneuve there is a story told by the Canadian’s manager Gaston Parent of  a trip to Italy in Jody Scheckter’s Ferrari, with Villeneuve as the other passenger.

Their car swung into a fuel station and Scheckter wound down his window, and the attendant looked at him and kept pumping the fuel. Then Villenueve wound down his window and the attendant saw him and in seconds there was a crowd round that side of the car. Jody Scheckter was the reigning Formula One World Champion, having taken the title in a Ferrari, yet it was Villeneuve the crowd wanted to see.

So what was it that made Gille Villeneuve a hero to so many? He had a reputation for spinning going back to his first outing in a McLaren M23 at Silverstone. Or that is how it appeared to many, to Villeneuve he had to maximise the little time he had to get used to the car and find the limit, so sometimes he did so by edging past it and then trying a little slower the next lap. He finished 11th in a race, but only due to pitting from seventh when the water temperate gauge started hitting dizzying heights…only to be sent back out when it was discovered the gauge itself was at fault, two laps down.

McLaren opted to go with Patrick Tambay as their new driver, but to Villeneuve’s amazement his name was being linked to Ferrari, and his first race was his home Grand Prix at Mosport. He had one more outing in the Japanese Grand prix at Mount Fuji - although that ended in tragedy when his Ferrari went into off an into spectators.

To Villeneuve Formula One was all about speed - a contemporary commented that his perfect weekend would be going quickest in every practice session, taking pole position and winning the race having set fastest lap. Tales of his ability to come through corners at oversteering angles no other driver would even attempt abound, and moments like when he brought his car back to the pits at speed minus a tyre at Zandvoort in 1979 just cemented his never say die legend. 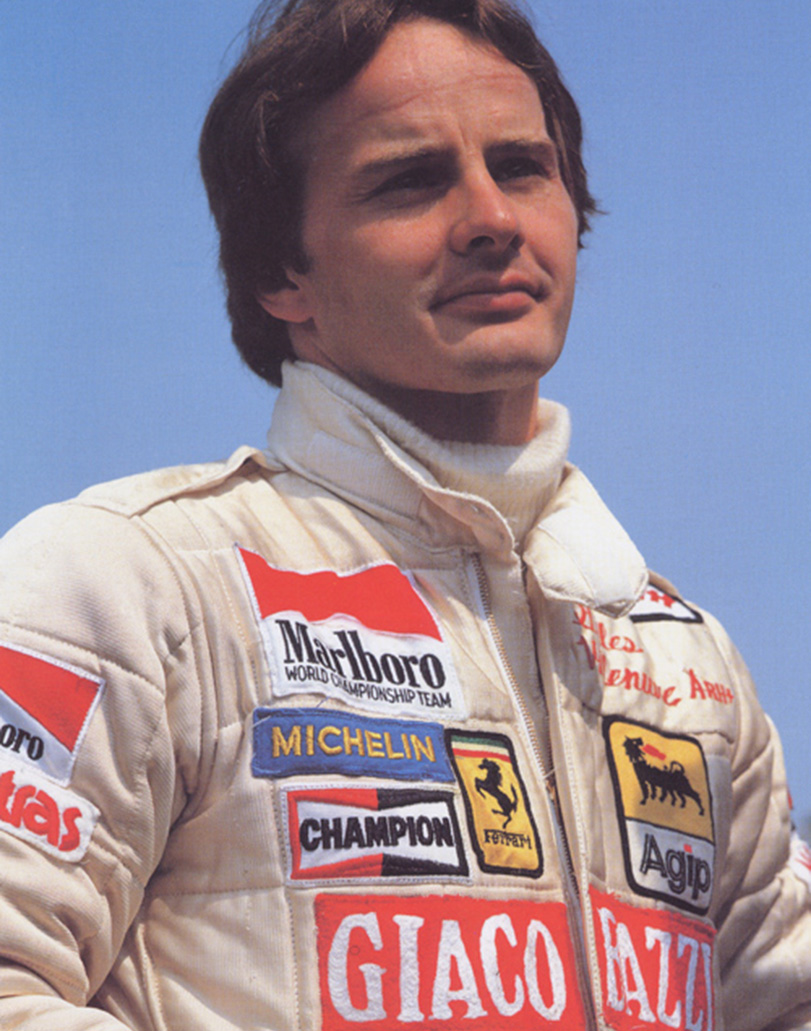 Maybe one day that summed Villeneuve up occurred at the 1979 US Grand Prix, when Villeneuve was quickest by 11 seconds in a wet first qualifying session. Having declared the session fun, and bemoaning a misfire that hindered his top speed on the straight, it was a virtuoso performance of car control in difficult conditions that left many experienced watchers awestruck. Autosport magazine’s Nigel Roebuck quoted Jacque Laffite as seeing Villeneuve go past the pits and saying “Why do we bother? He is on a different level to the rest of us.”

Still with Ferrari in 1981, the new 126CX was the first turbo-charged Formula One challenger from the Italian team, and in the early races there were turbo and driveshaft problems as the they dealt with the power of the 1.5 litre V6 engine. It all came good at Monaco when Villenueve chased down the ailing Williams of Alan Jones and went ahead with four laps to go – his first win since the final race of the 1979 season.

The next race was the Spanish Grand Prix at Jarama. The new Ferrari was powerful but not nimble, and while it had pace down the long Jarama pit straight, round the corners it was made to look pedestrian, particularly by the well-sorted Williams cars. Villeneuve himself referred to it as a ‘hopeless fast red Cadillac’, and qualified seventh for the race, which was run on a blisteringly hot day.

A trademark storming start saw Villeneuve into third on lap, and he went past the Williams of Carlos Reutemann into the first corner on lap four. That became the lead when Jones slid off on lap 14.

For the final 18 laps of the race Villeneuve led a train of cars, with Laffite in the Ligier second, The McLaren of Watson third, Reutemann next up ahead of the Lotus of Elio de Angelis. The Ferrari led the train round Jarama’s 16 corners, never offering an opportunity to the closely following pack, only to then blast away down the straight and be safe from any challenge braking for the first corner.

At the flag a second and half covered the top five, making it at the time the second closest Grand Prix ever, Villeneuve declaring it the best race of his life.

A third-place finish in his home Grand Prix was the only result of note for the rest of the season as the reliability issues returned, and the Belgian Grand Prix in May 1982 saw his career end after his fatal qualifying accident.