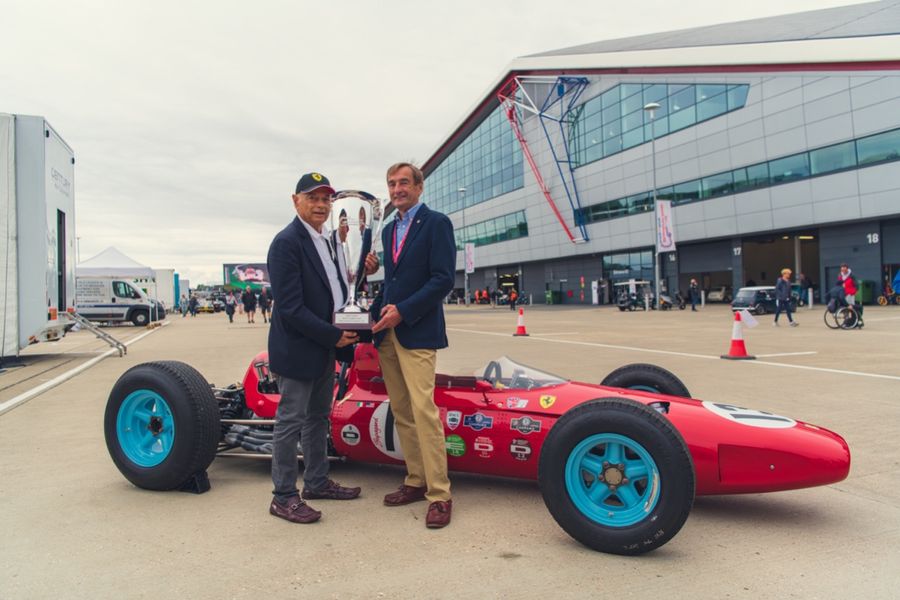 Boasting an unrivalled programme of 21 epic retro races, there was no shortage of winners at last weekend’s Silverstone Classic – some were even presented with their coveted trophies by racing legends including three-time World Champion Sir Jackie Stewart, touring car ace Gordon Spice, and star Paddy Hopkirk.

They were not the only winners, though, with a host of other trophies being awarded to worthy recipients throughout the action-packed weekend, topped by the two Scarf & Goggles Awards. These honour the founding achievements of Stuart Graham and Mervyn Garton – two of the driving forces behind the ground-breaking festival’s creation back in 1990.

As a director of the British Racing Drivers’ Club, Graham masterminded the on-track racing while Garton was charged with providing visitors with off-track entertainment – two of the Classic’s pillars to this day.

This year the Stuart Graham Scarf & Goggles Award for the Most Admired Racing Car was won by the stunning flat-12 cylinder 1965 Ferrari 1512 as raced by Joe Colasacco in the pair of evocative races for the Gallet Trophy for Pre ’66 Grand Prix Cars (HGPCA). Graham presented the trophy to Larry Auriana, the Italian/American owner of the beautifully restored and cherished scarlet F1 icon. 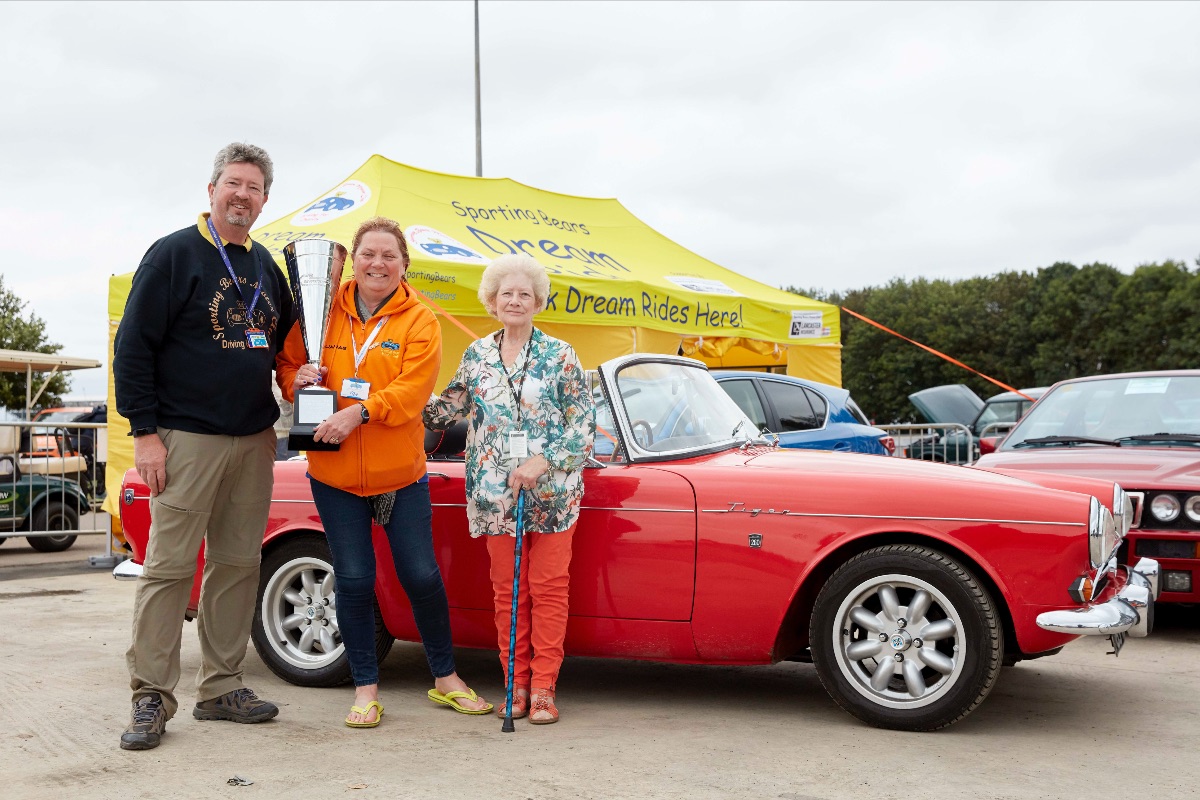 The equally-prized Mervyn Garton Scarf & Goggles Award for the Best Off-Track Visitor Attraction at this year’s Classic was presented to the Sporting Bears Club by Mervyn’s widow Janet. By offering visitors Dream Rides in a selection of great cars, Sporting Bears not only fulfilled many a lifelong ambitions but also raised more than £4,000 for children’s charities.

The Adrian Flux Trophy for the Best Car Club Display went to the ever-enthusiastic and friendly UK S2000 Owners Club which marked the Honda soft-top’s 20th anniversary with an impressive and immaculately turned-out display of two-seater sportscars.

Equally deserving were the two Yokohama Trophy winners. The Club Car of the Show award being presented to the unique Routledge Special RA4 – an Alvis-based creation raced by its creator Norman Routledge at Silverstone 65 years ago, while the Supercar Legends Car of the Show was won by a crowd-pleasing De Tomaso Pantera GT5 – a real eye-catcher in the Supercar Legends Display, presented by Yokohama.

Finally – and, perhaps, best capturing the incredible passion and excitement of the racing at the Classic – is the accolade introduced last year in memory of much-missed commentator Henry Hope Frost who lost his life in a road accident.

Henry’s knowledge and euphoria behind the microphone inspired many visitors to the Classic, and the #FEVER Award honours his contagious enthusiasm for motor sport. It was presented to Miles Griffiths for his victory in Saturday’s sensational HSCC Historic Formula 2 showdown. The thrilling three-car battle for top honours in challenging slippery conditions epitomised what Henry relished about the Silverstone Classic. 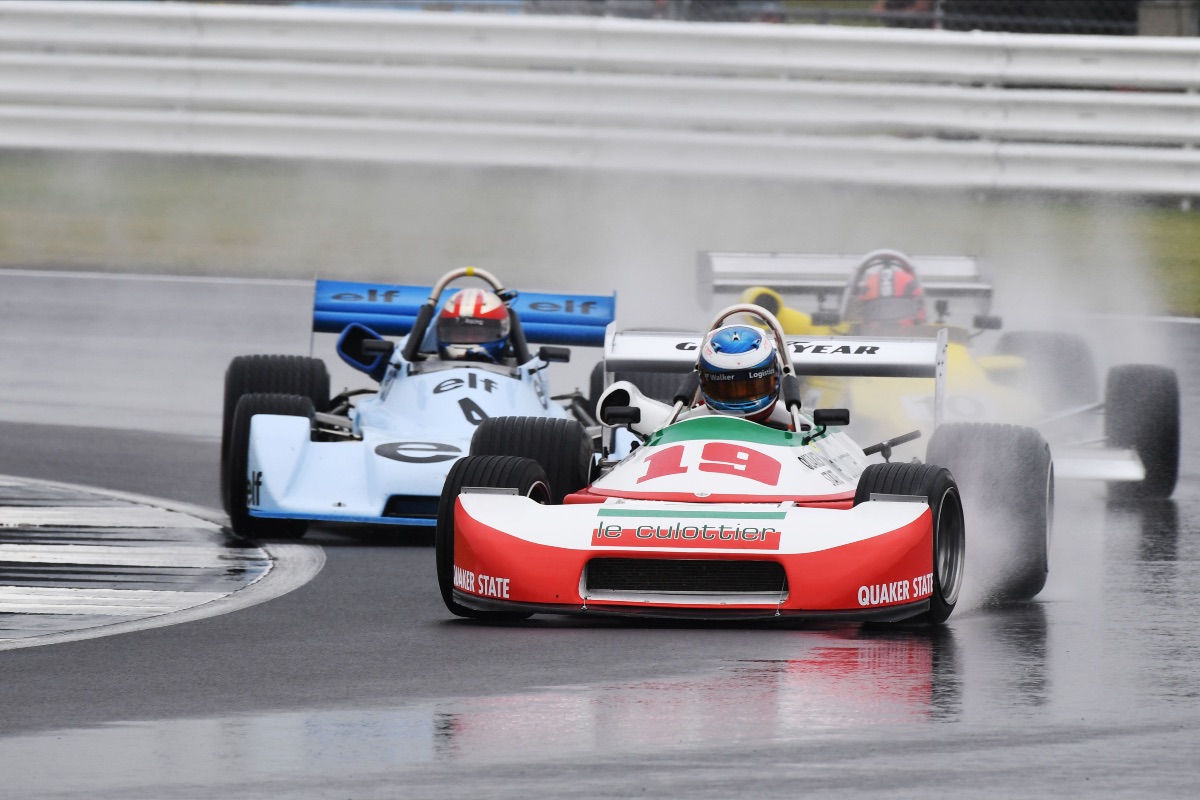