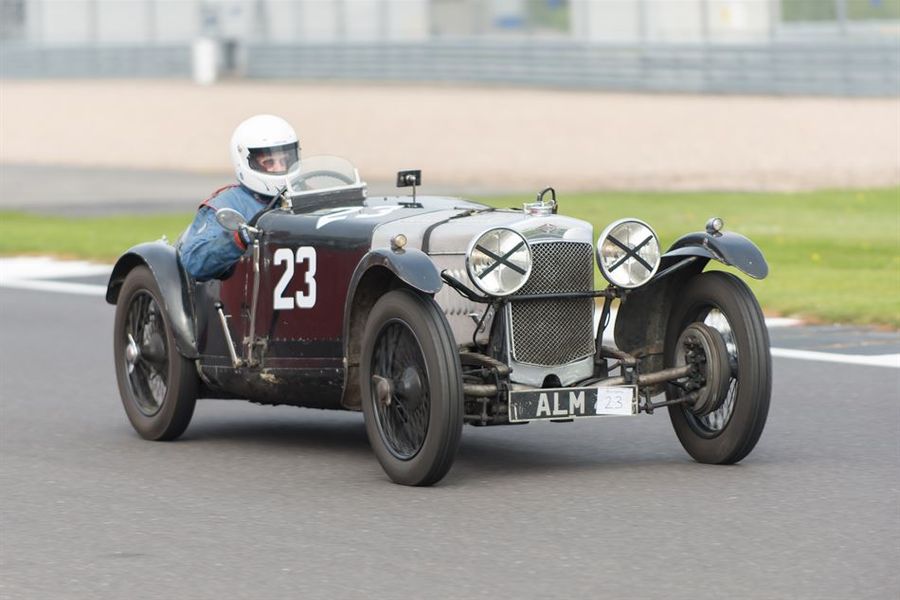 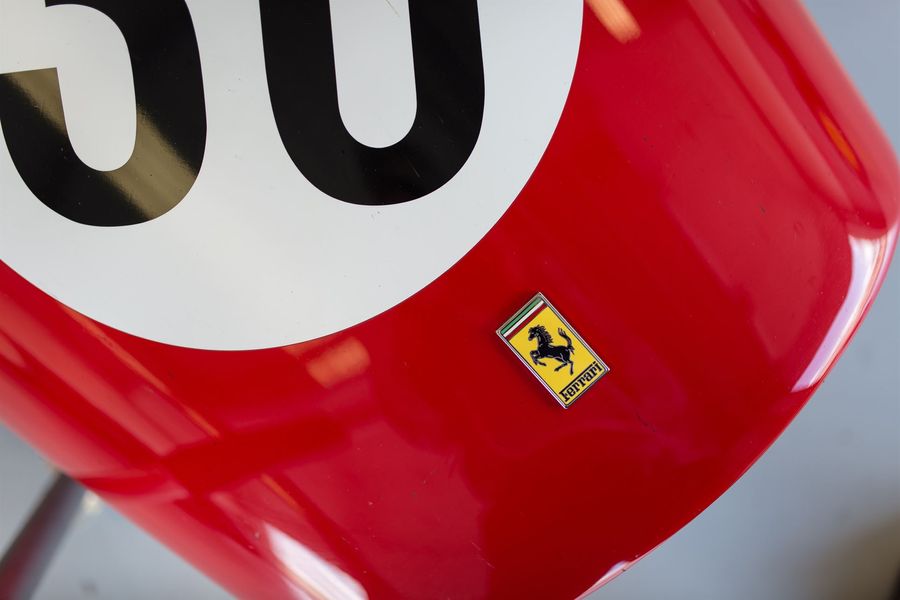 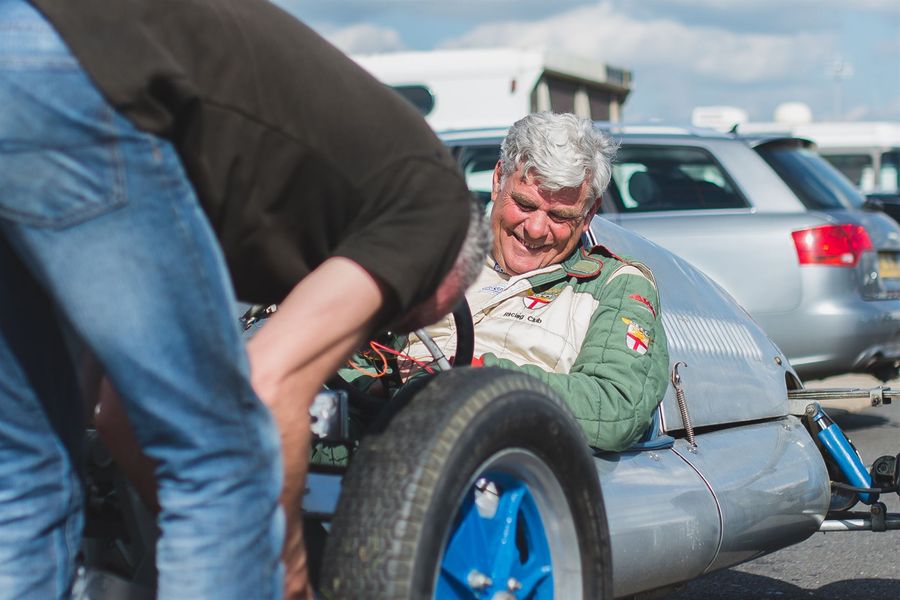 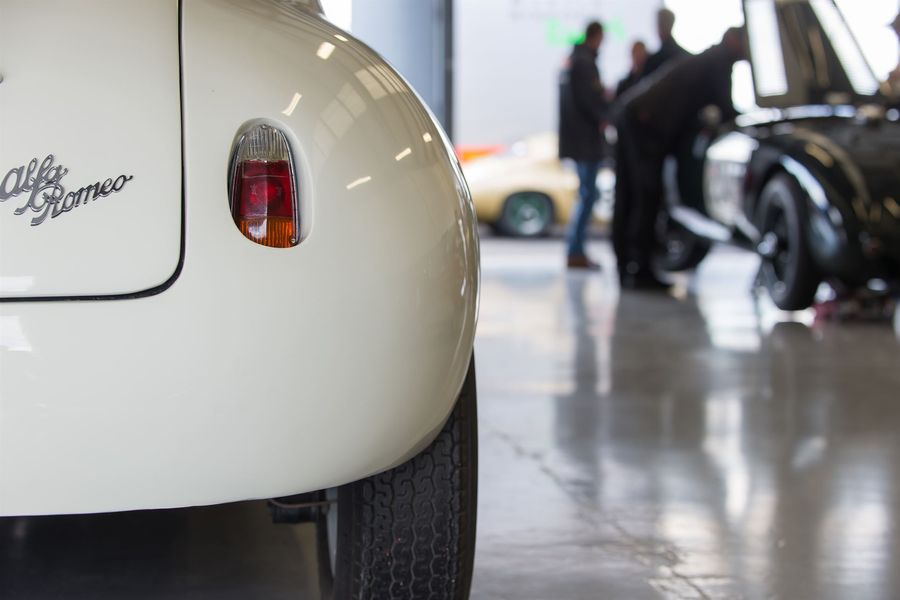 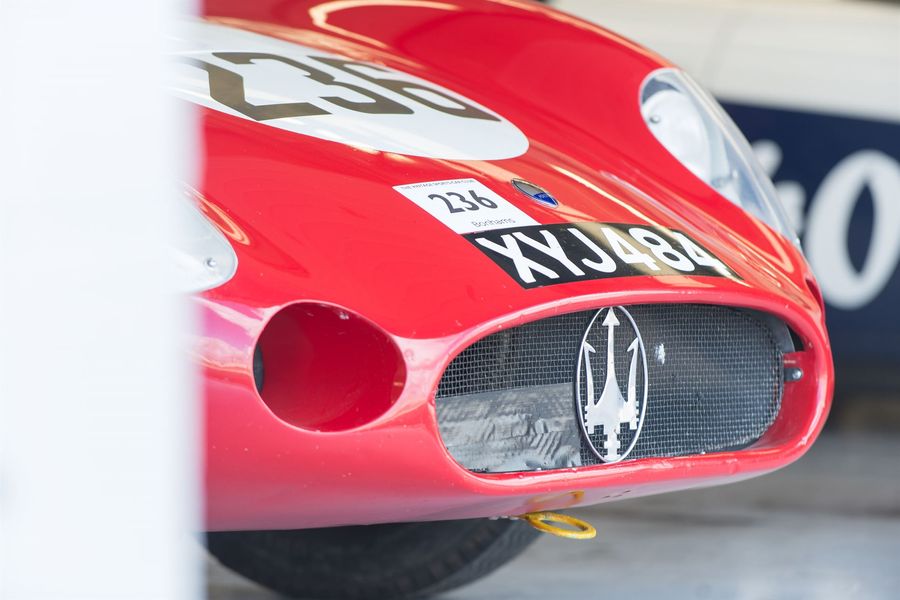 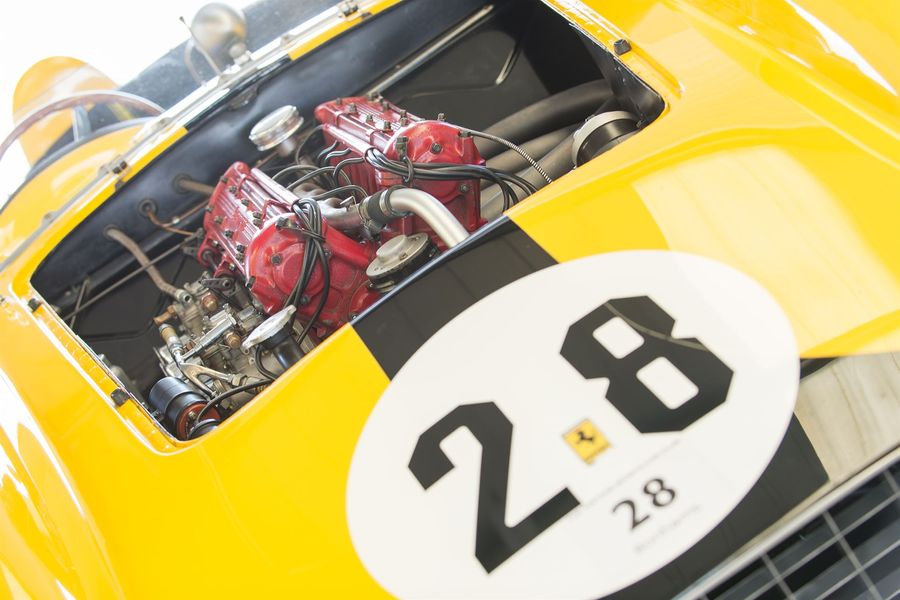 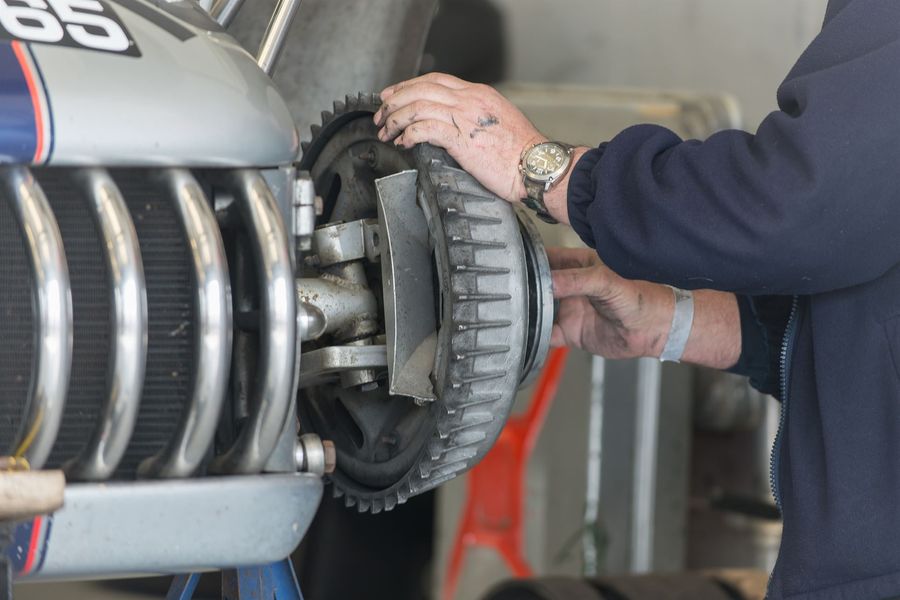 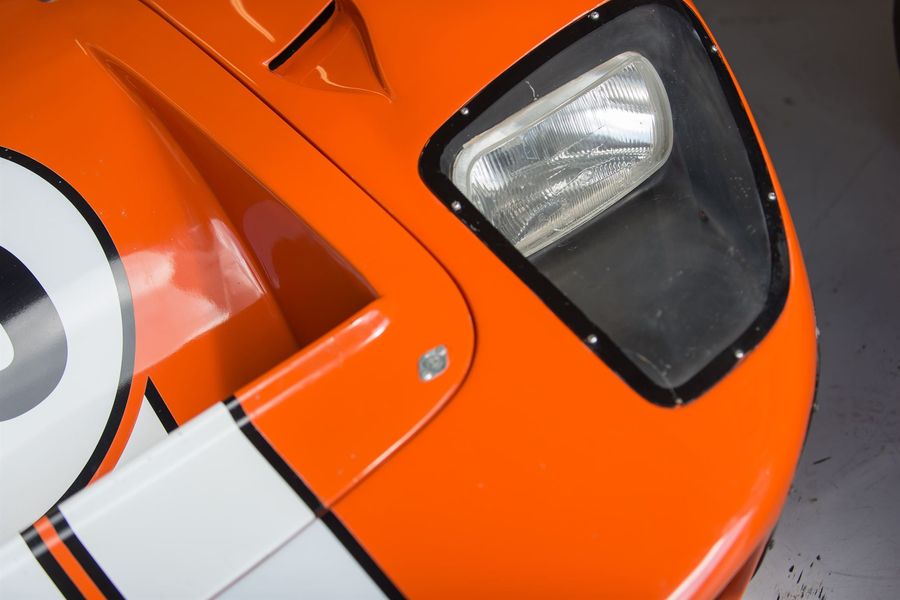 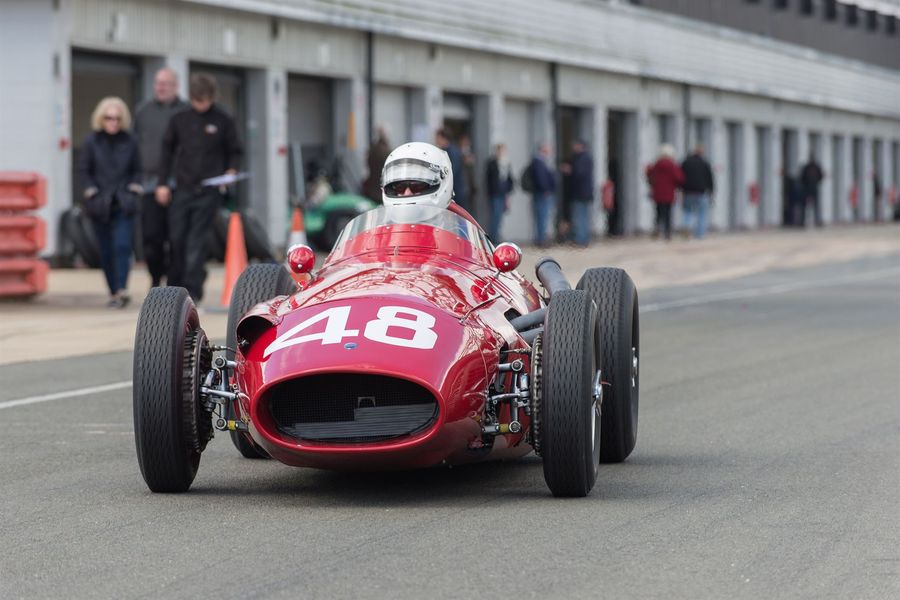 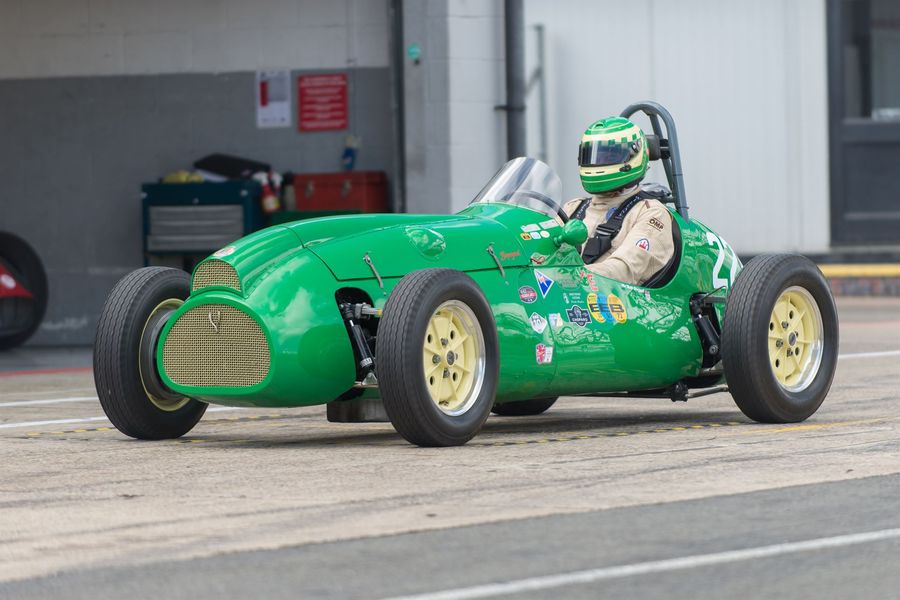 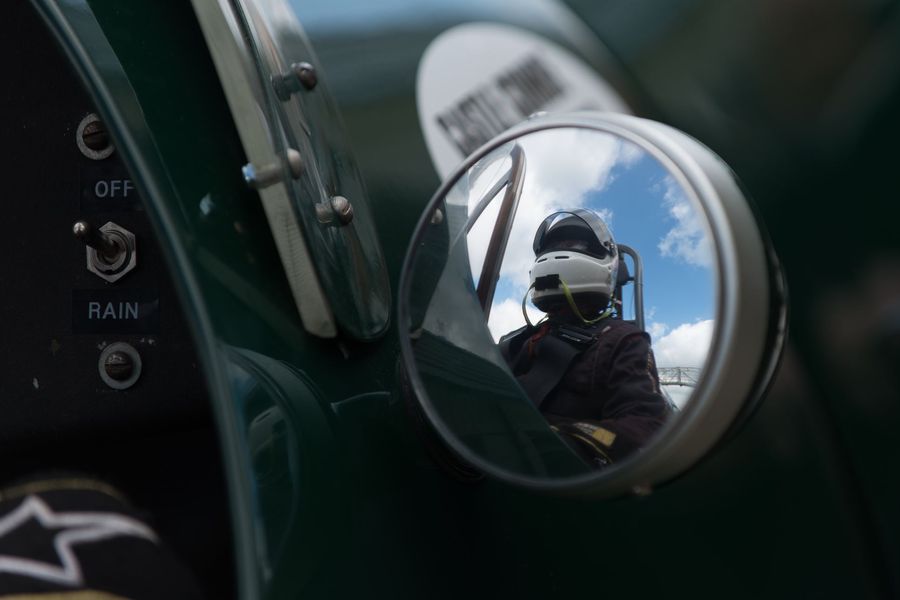 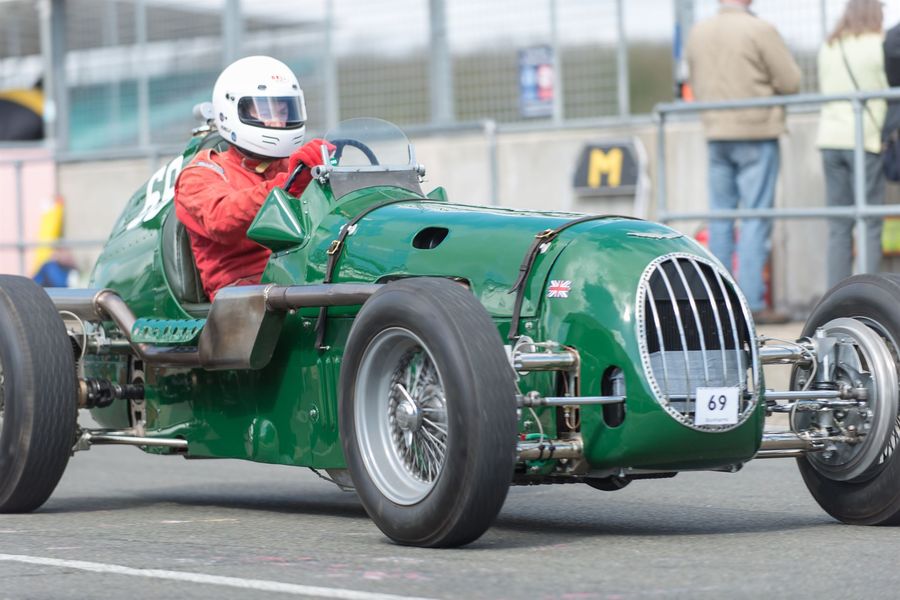 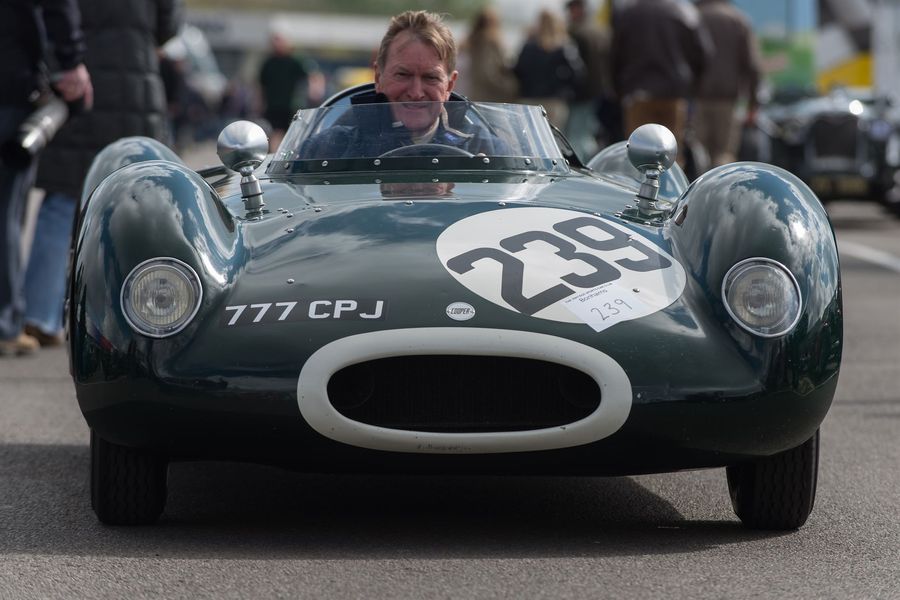 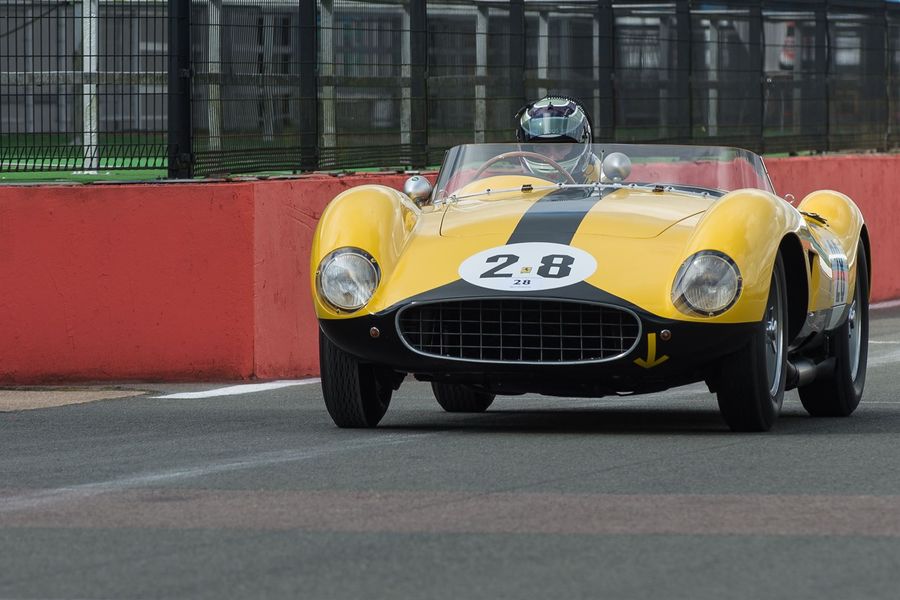 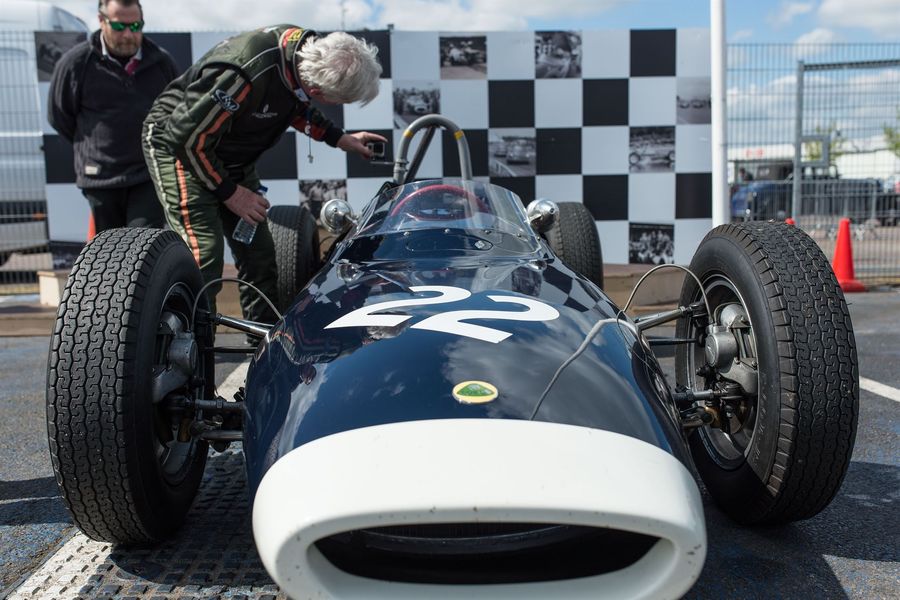 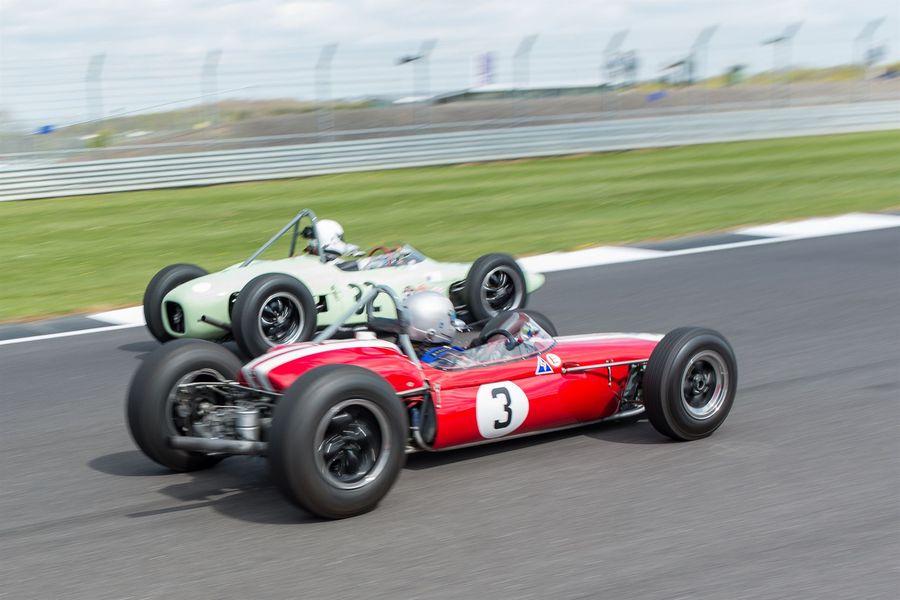 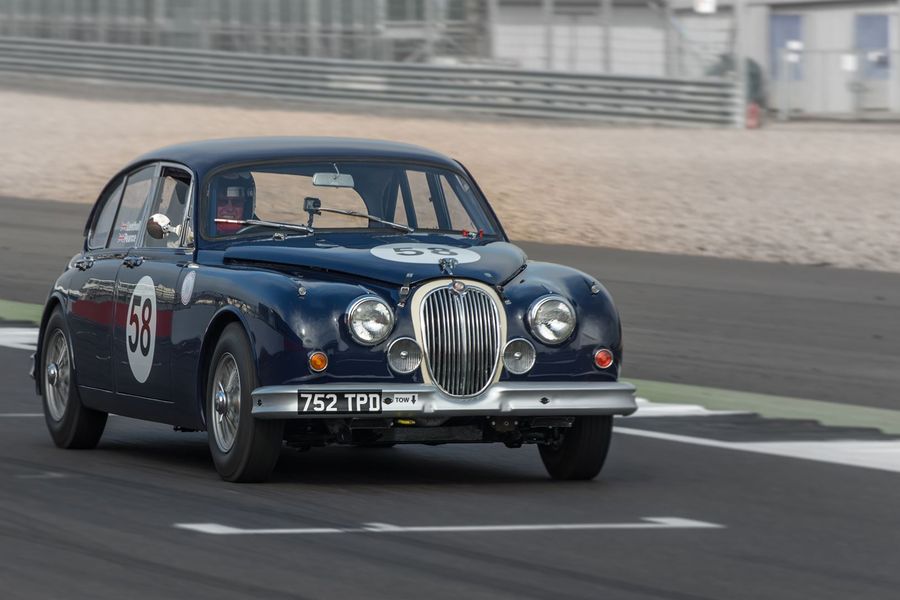 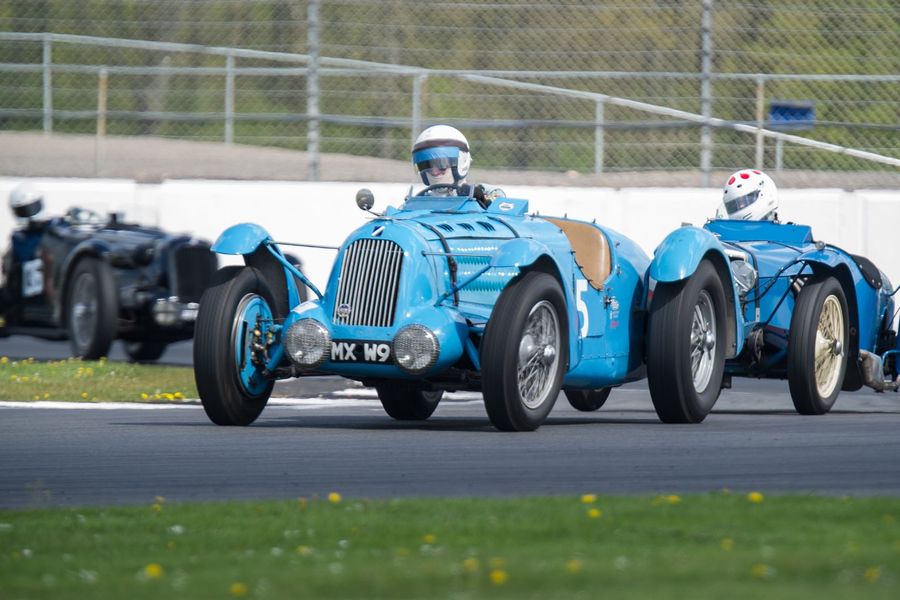 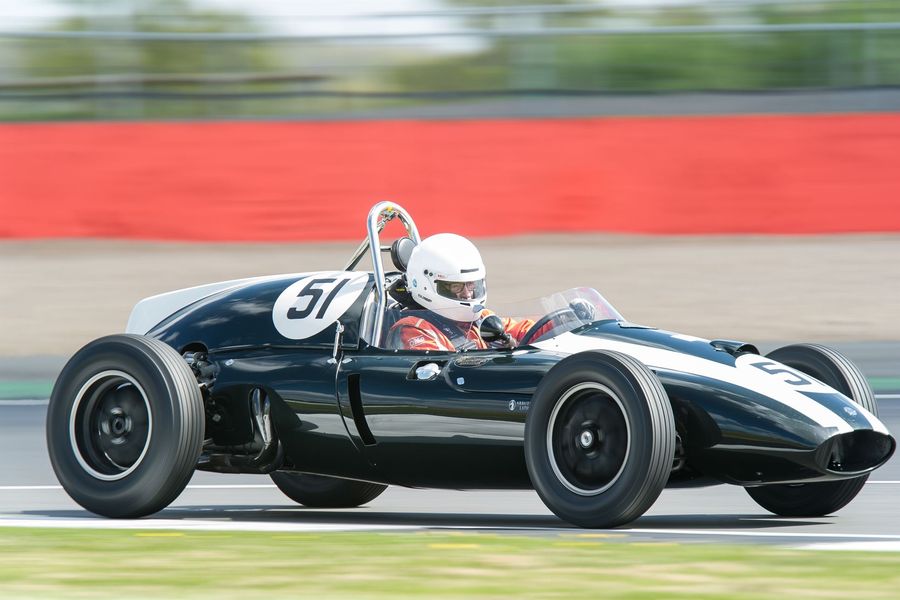 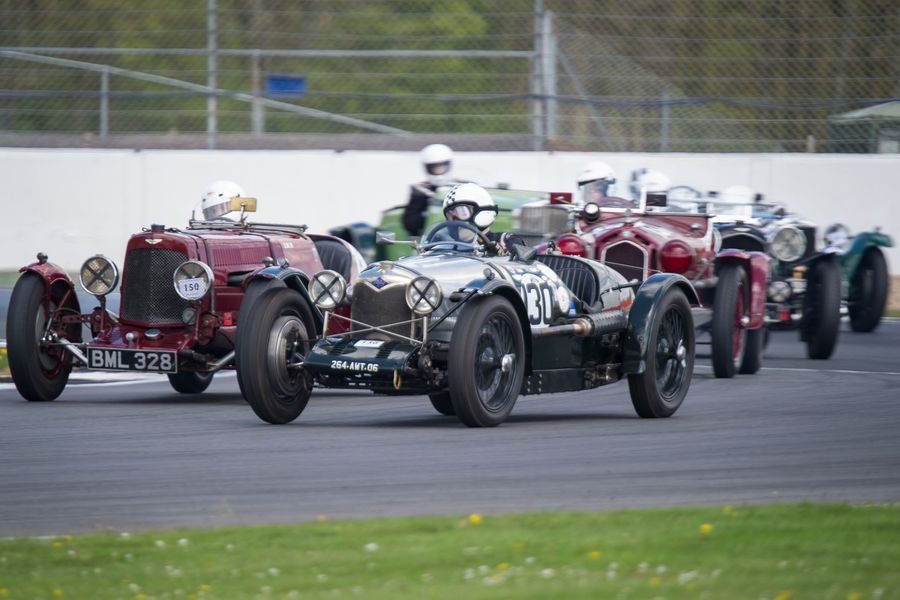 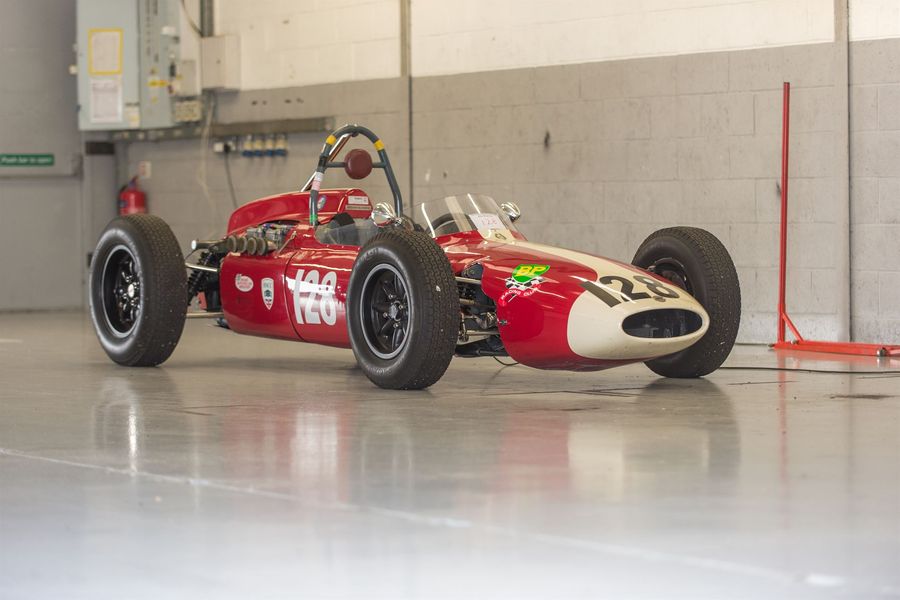 Photographer Mike Groom shares his images from the VSCC's weekend Silevrstone meeting as well as giving his opinion from trackside of the first ever 'Formula Vintage' meeting. Click on the Gallery tab for pictures:
The Vintage Sports-Car Club celebrated the launch of its new Formula Vintage Race Season with over 300 vintage and historic racing and sports-cars taking part at the famous Northamptonshire circuit.
The two-day format, this year’s edition of the long-established ‘Spring Start’ season opener was a spectacular weekend of historic racing action, with an 18-Race programme at the home of the British Grand Prix. The replacement of the Spring Start banner was fortunate indeed as the Saturday was met with warm temperatures and blue skies, with Sunday only marginally cloudier. This was more than sufficient for my first ‘photographer’s neck’ of 2017.
The VSCC’s new Formula Vintage brand brought its unique line-up of pre-war and historic racing to a wider audience of motorsport enthusiasts, with the club’s own prestigious Trophy races headlining at each round.
To complement the weekend’s vintage content, we were also treated to other celebrated Historic race series, including the Historic Grand Prix Cars Association (HGPCA) Pre-1966 Grand Prix Cars, The Fifties Sports Cars (FISCAR) Tom Cole Trophy, the Historic Racing Drivers Club (HRDC) new ‘Coombs Heritage Challenge’ for Pre-1966 Jaguar Saloon Cars, the 500 Owners Association F3 (500) Racing Cars and the Morgan Challenge Series.
Saturday’s must see was the GP Italia Trophy Race for Pre-1931 Vintage Racing Cars, featuring a special Bentley class for the Stanley Mann Cup. HRH Prince Michael of Kent was present as last year to present the trophy, although I must admit I was elsewhere on the circuit for the presentation. That’s the dilemma with a meeting where there is so much to see, I’ve not yet mastered being in three places at one time!
The GP Italia Trophy Race was won in serene style by Julian Mazjub in his Bugatti Type 34B, frustratingly ahead of the other Bugatti’s of Chris Hudson and Bo Williams for me to get a shot of them together.
The Tom Cole Trophy Race for Fifties Sports Cars featured two of the most beautiful cars at the meeting, the Ferrari 500 TRC of James Cottingham and the Alfa Romeo Giulietta SVZ of Brian Arculus. That Zagato body is pure art.
Bringing pleasure to the ears in abundance was the HGPCA races for Pre 1966 Grand Prix cars, an era when distinctive differences brought so much personality to the racing. Race 14 here saw Peter Horsman claiming victory in his Lotus 18/21 P1. I could spend all day just looking at these cars admiring the precision workmanship and superb preparation.
The HRDC Coombs Heritage Challenge for Pre 1966 Jaguar Touring cars provided much drama on Sunday. Grant Williams took the lead early on, but then dropped back, giving the lead to
Tom Harris in his No. 22 Mk. 7 closely followed by Peter Dorlin in his No. 115 Mk. 2.
Dorlin was about to catch Harris, when he was collected by a spun Guy Harman on the apex of Maggotts, which robbed him of second and possibly first place. These Jaguars make a distinctively different noise when they hit each other compared to the cardboard boxes featured on episodes of ‘The Sweeny’. Fortunately both drivers were uninjured and efficiently dealt with by the marshals, including the two trainees, for whom it was their first race meeting. I was left a little shaken as the event occurred a few yards from where I was standing. Not because of the crash but because I’d been considering buying a 400mm lens!
All together it was a superb start to the VSCC Formula Vintage Race Season, I can’t wait for the next.