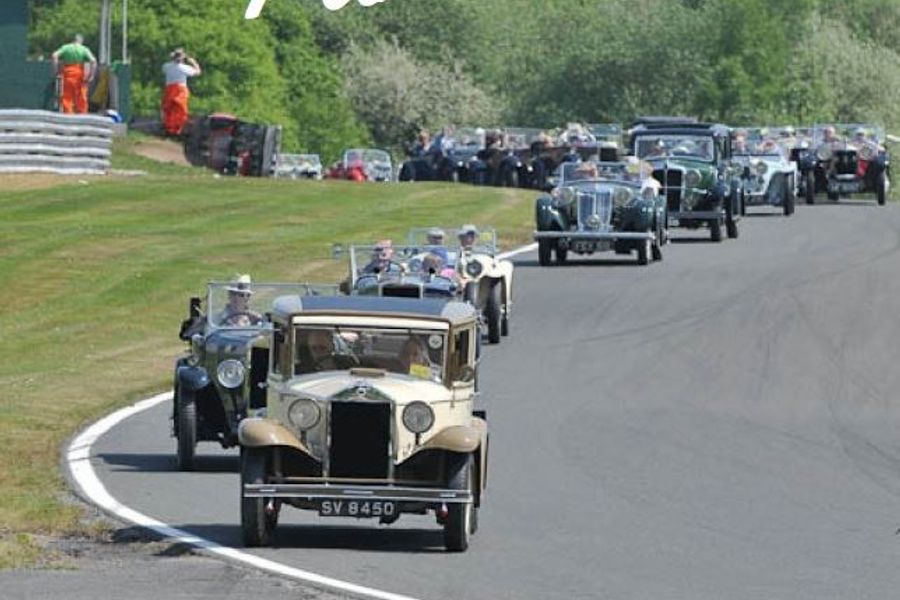 Following an exciting and muddy Trials season, the VSCC will return to Silverstone for their traditional season opener on 21st and 22nd April. The first race meeting of the year promises an exciting weekend of vintage motorsport and nostalgia at one of the UK’s most prestigious circuits, kicking off the Club’s Formula Vintage series in style for its second year.

In addition to the 18 grid racing line-up, the two-day event will also host a Pre-War Park and Parade for Club Members. The exclusive parade will see up to 100-unique and pre-1941 cars take to the National Circuit at Silverstone each day over the weekend. Experience and admire the timeless beauty of the pre-war machinery as the cars and their drivers take a lap around the track at lunchtime.

In addition to their lap of honour, the Pre-war cars taking part in the parade will be on display in an allocated car park infield where spectators will be able to immerse themselves in a sea of historic vehicles and quiz drivers and owners about the history of these fantastic cars.

The VSCC are currently taking entries for the parade and the entry fee is £25 per car and includes two one day tickets to Formula Vintage – Round 1 – Silverstone, an event programme, allocated infield parking and a parade lap of the National Circuit at lunchtime. Entry is restricted to 100-cars per day.

As well as the action on track, the weekend will provide plenty of off-track entertainment for all the family including live jive music and dance classes, a fantastic vintage-themed travelling show, a VSCC Autosolo, and the third round of the MSA British Autotest Championship.