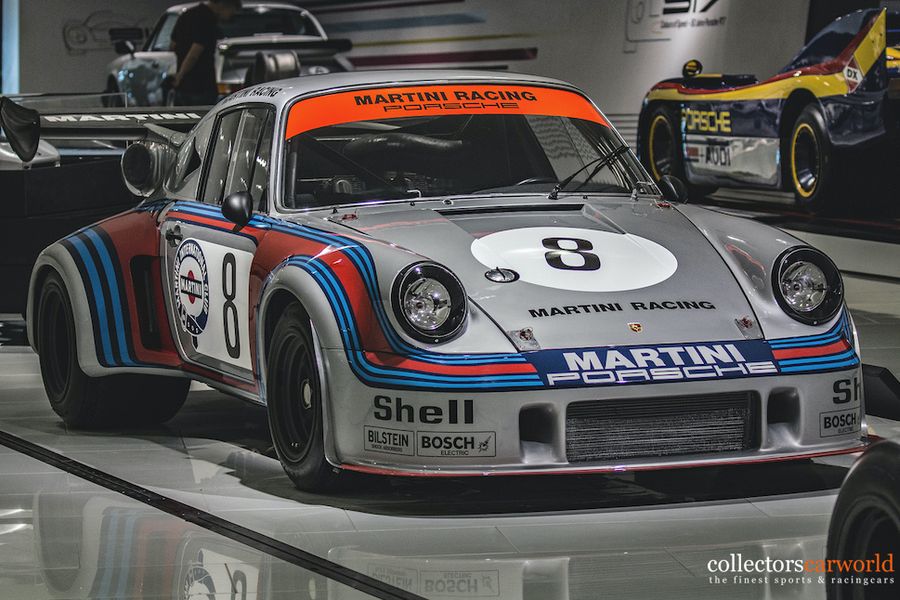 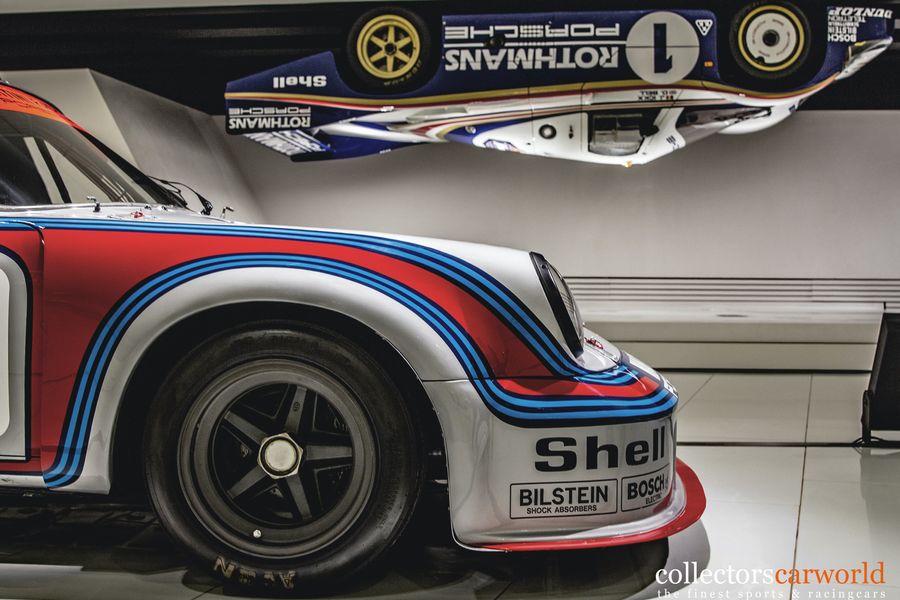 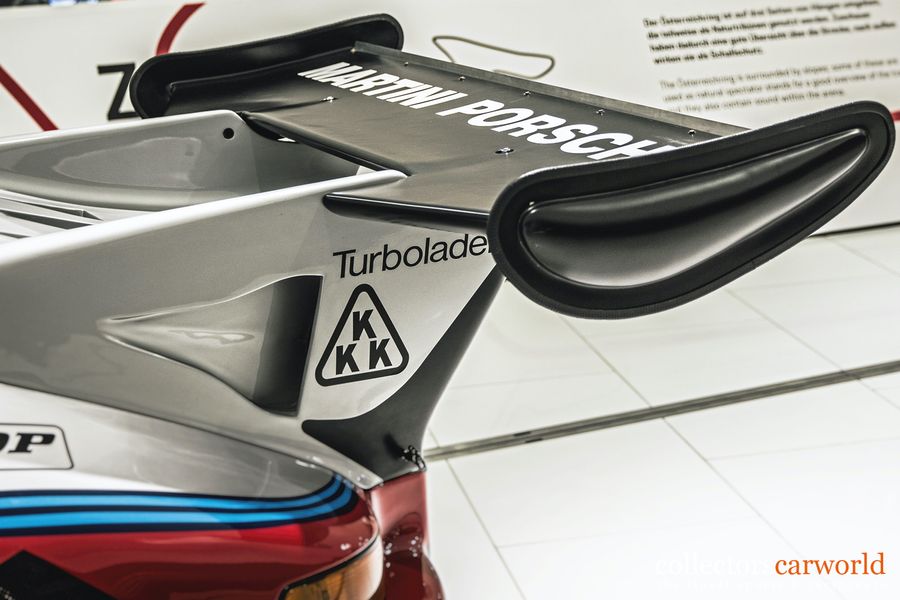 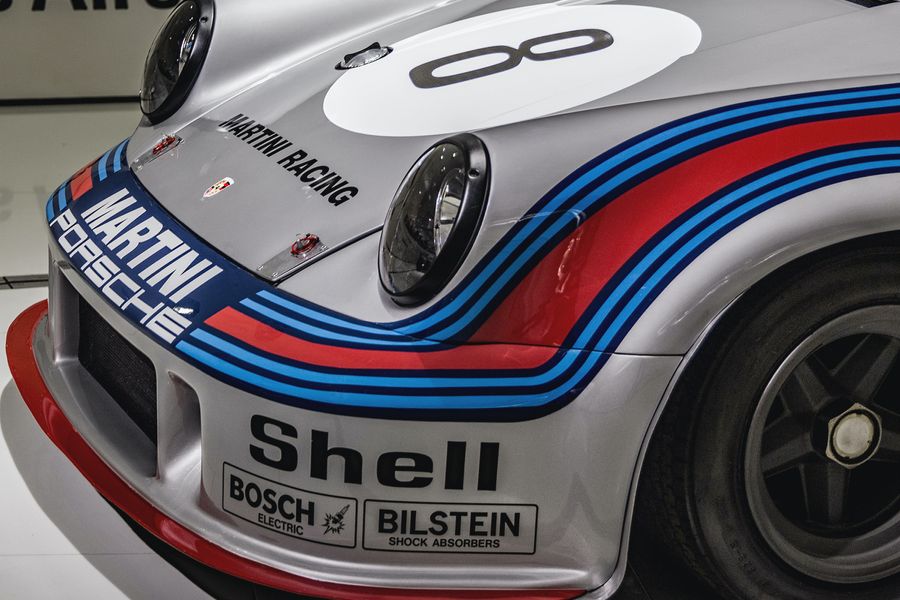 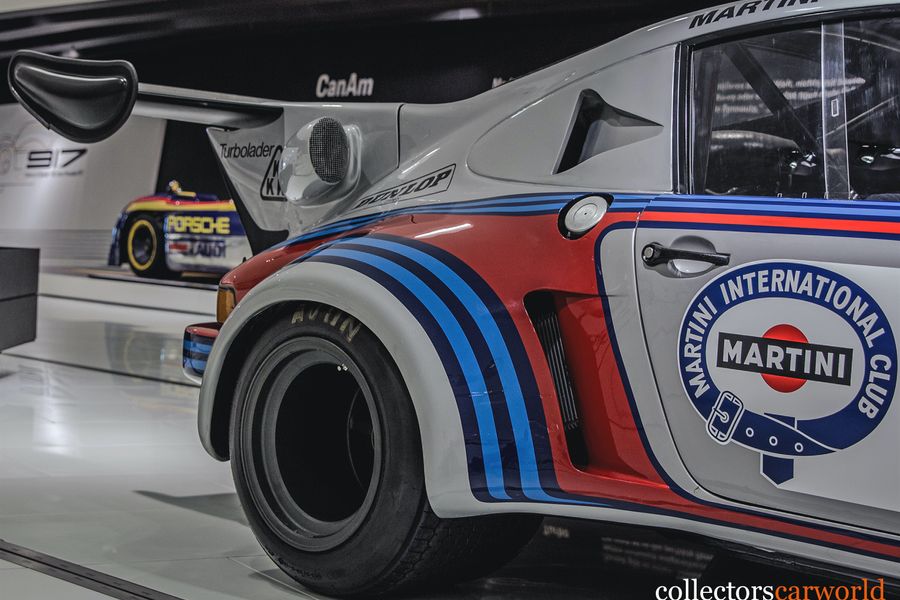 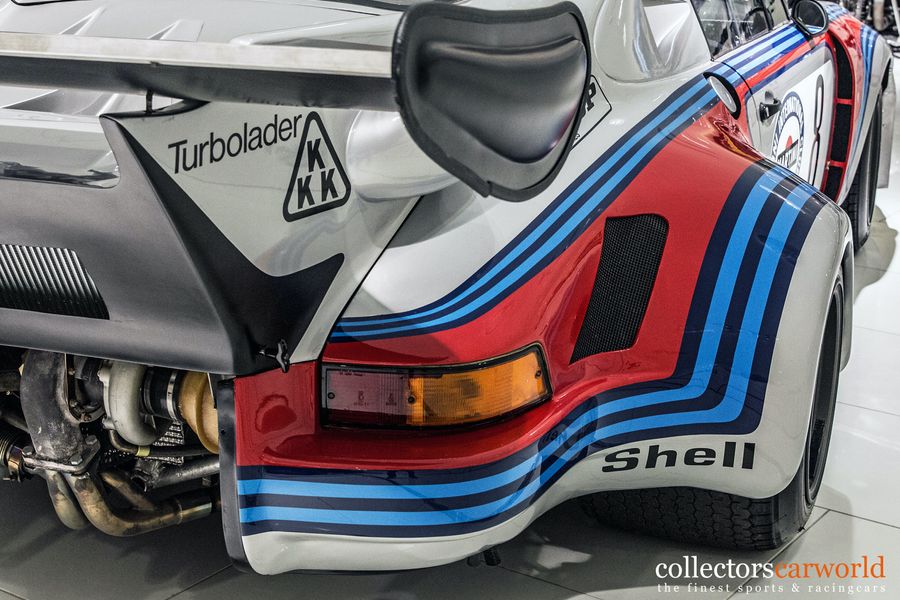 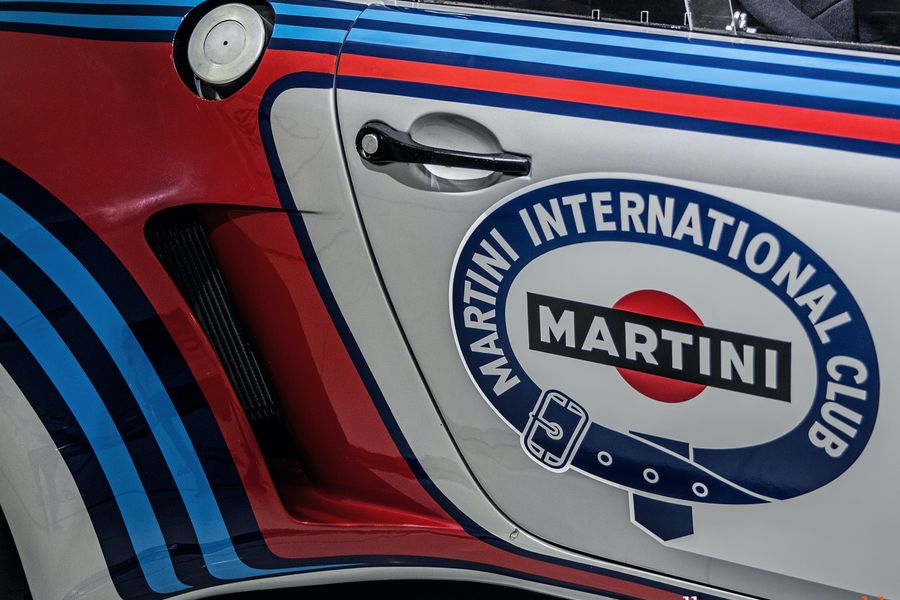 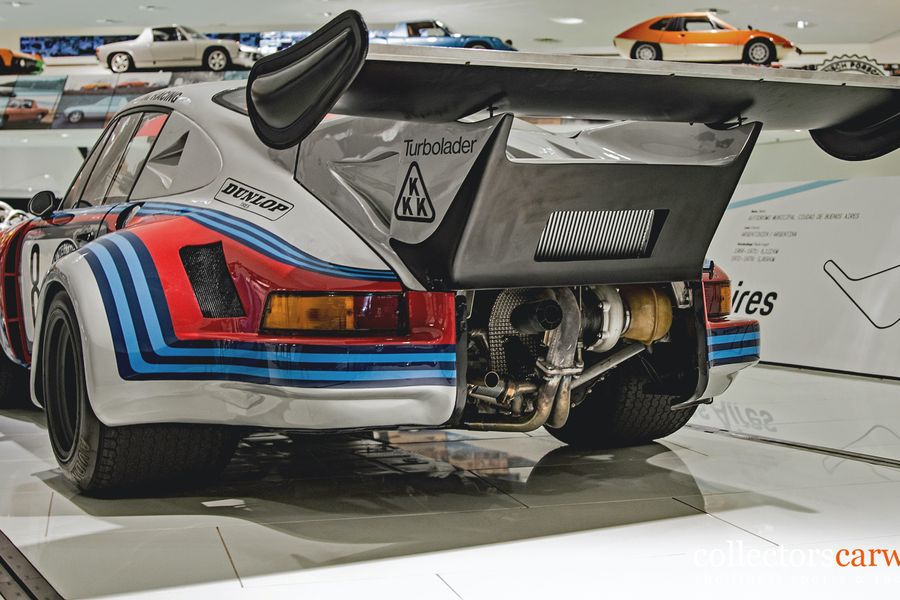 We have to say a big thank you to our colleagues at Collectors Car World for permission to use these great images by Rainer Selzer of Porsches potent 911 RSR Turbo.

Having gained experience of turbo-charging on the Can-Am versions of their 917, Porsche brought the power-boosting technology to their production-based racing. The prototype campaign ended when they left Can-Am, and having produced and sold over 1,000 911 Carrera RS road cars, which allowed them to homologate the car into the FIA’s Group 3 category, they then produced 100 of the evolution version, the Carrera 3.0 RS, as again permitted in the regulations.

The evolution cars were offered to racing customers, as were another 50 cars legible for Group 4 in 1973 and to a full-works RSR specification – a car still widely sought after today. For 1974 the factory decided on a new direction for the RSR, using their turbo-charging experience on a new 2.1 litre engine.

As usual with Porsche at the time it was a flat-six engine, with separate cooling systems for the block and the cylinder head, the block air-cooled and the head with a water-cooling system. A KKK turbocharger was fitted, the system very similar to the technology Porsche had used on each bank of the 917/30 engine, offering up an impressive 490BHP in races.

Quite sensibly, to cope with the much-improved power, Porsche beefed up the transmission, suspension and brakes, plus bodywork changes gave the RSR Turbo a futuristic look for the time. The front spoiler was deeper, wheel arches got wider, and the full width wing hung off the back of the car produced a race car that in its iconic Martini livery was instantly memorable.

In the 1974 Sports Car World Championship the cars were superbly reliable in their first season of racing, but also quick, regularly finishing in the top six amongst the prototypes from Alfa Romeo and Matra-Simca, but it was Le Mans that was the highlight of the year.

Porsche entered two RSR Turbos, the number 22 car of Gijs van Lennep and Herbert Muller the quicker car in qualifying once a throttle cable issue had been resolved. In the race the cars were running easily in the top five when after five hours Manfred Schurti, sharing his RSR Turbo with Helmuth Koinigg, had the engine crank fail when flat in top on the straight – the only non-finish of the year for the RSR Turbo.

The other car was running like a train and moved into second overall when Bob Wollek retired his Matra, so far clear of the rest that the car was able to pit for a suspension damper change a few hours later and return to the track still in second. A steering problem hit mid-morning and was quickly resolved, and then the gearbox began denying the drivers the lower gears.

The lead Matra was having issues of its own, and at one point the gap dropped from over ten laps to the Porsche just being one lap behind the leader, but once repaired the French car was able to run quicker than the RSR – which finished six laps down on the winner but ten laps clear of the third-placed Matra.