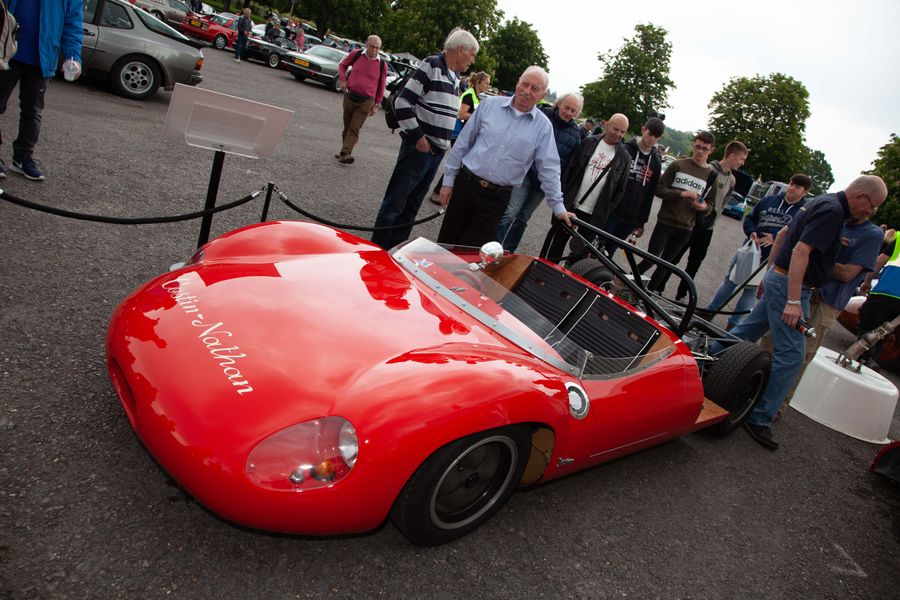 Beaulieu’s 25th Spring Autojumble last weekend echoed to the roar of the newly restored Costin-Nathan racing car as it was driven by its original creator Roger Nathan as part of the packed silver-themed anniversary event.

For its Californian owner Michael Plitkins, it was the first time he had ever seen the unique car after buying it by phone at auction and commissioning its restoration. Michael, who flew in for the show, said: “I’m really pleased with how it has turned out. When it came up for auction, I decided this was a rare opportunity to buy a racing car quite rare in design and completely original in concept. I got in touch with Roger and commissioned him to oversee the restoration. It’s tremendous, utterly fantastic. I love the car.”

Roger Nathan, who created the 1965 Costin-Nathan with Frank Costin, then drove it to success in the 1966 Coupes de Paris race at the Montlhéry circuit – becoming a David slaying the big Goliath race teams. Roger said: “It’s been wonderful and a great privilege to have a second chance to drive it, like having a second life!”

At the unveiling of its restoration, Lord Montagu said: “The Costin-Nathan is a wonderful example of a racing car and you can see the innovation in its design with wood, metal and aviation technology. I am delighted that it will be going on display in the National Motor Museum.”