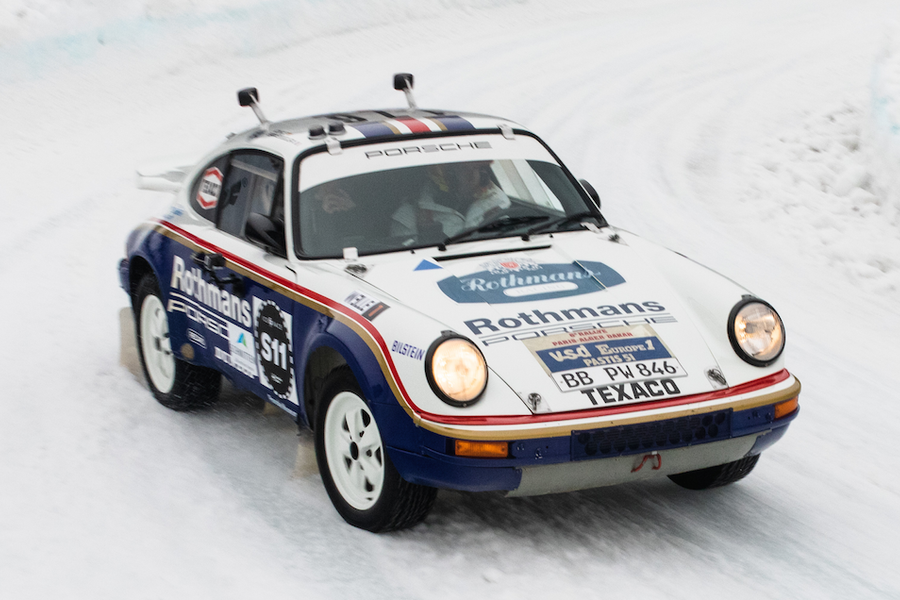 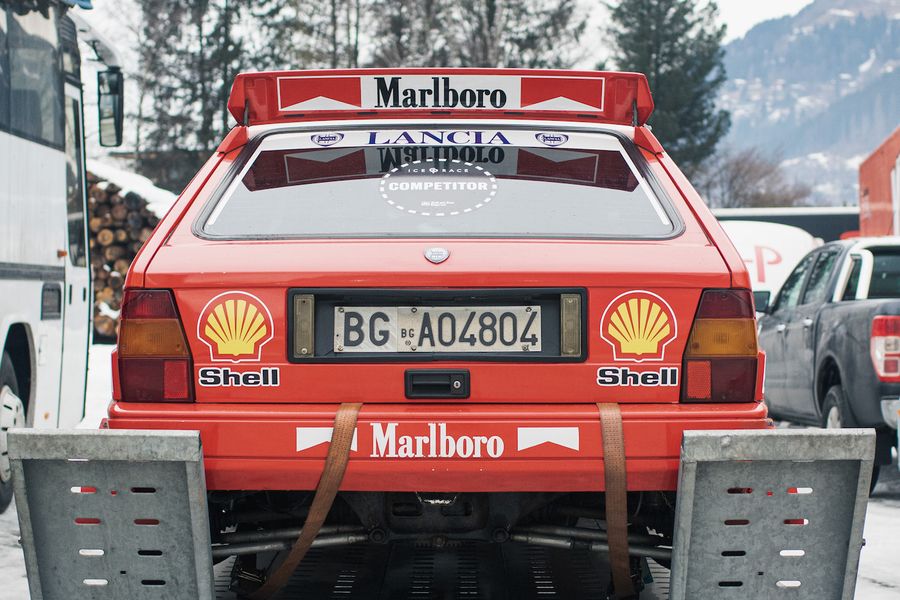 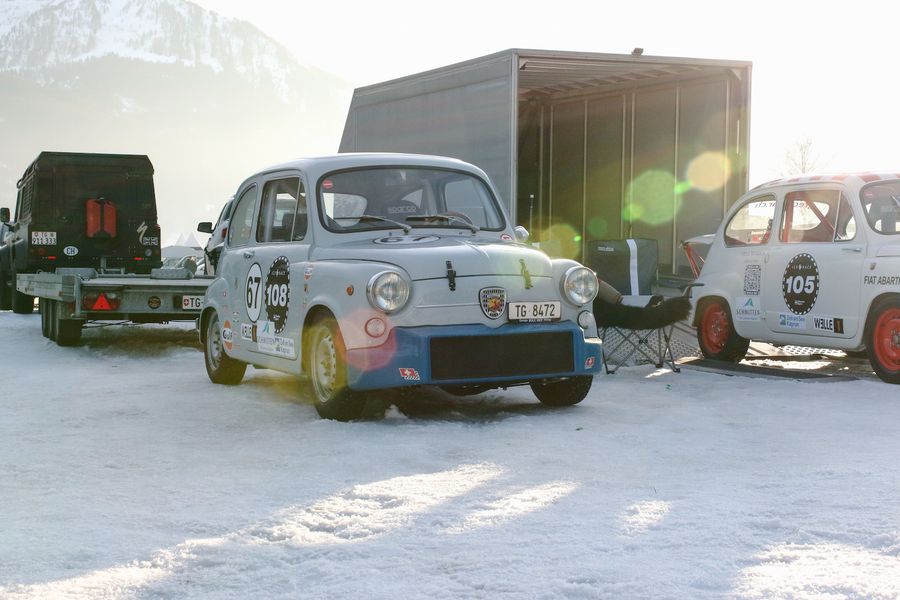 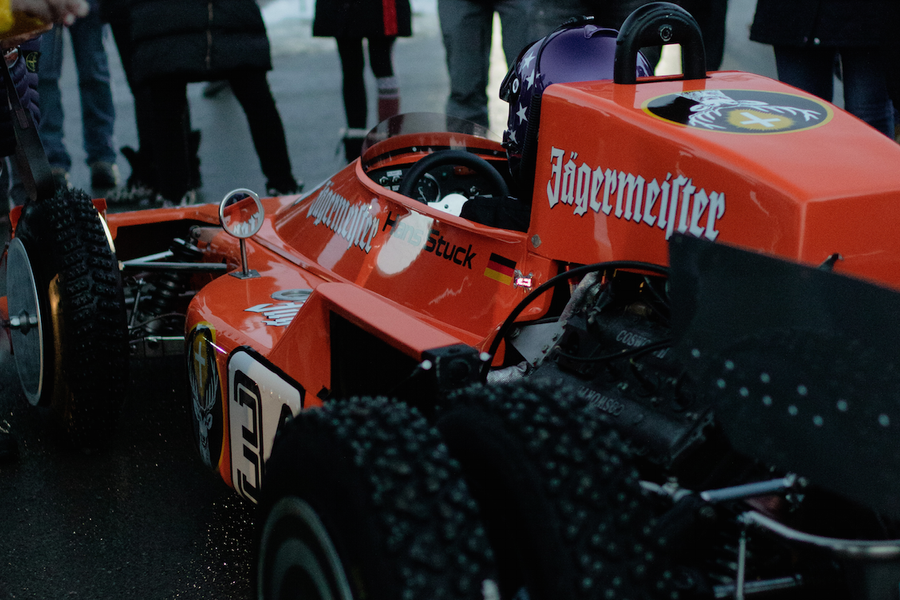 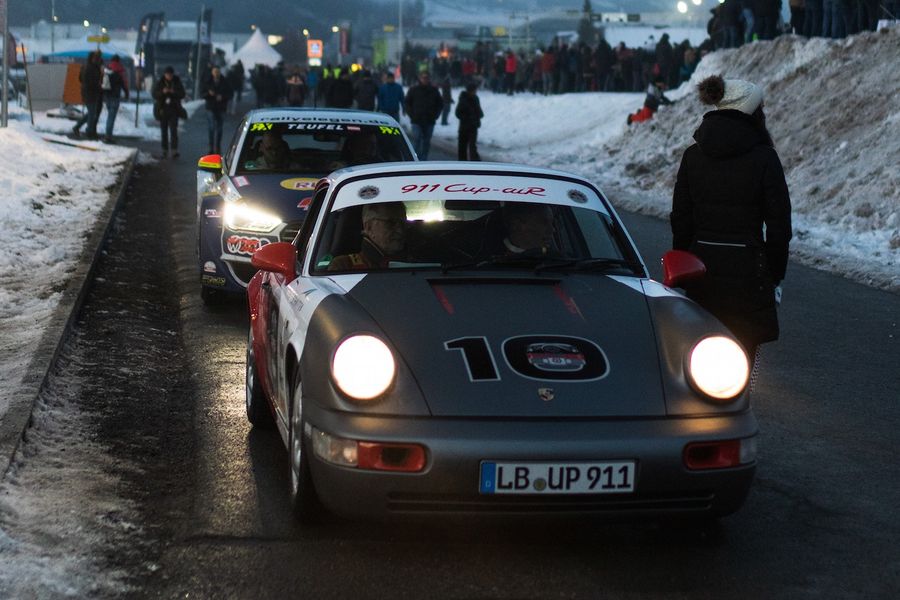 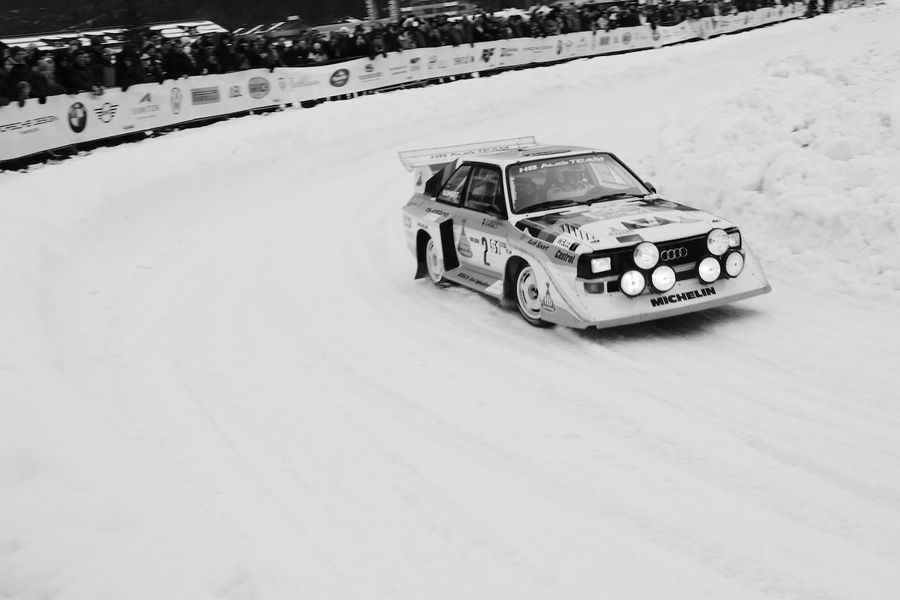 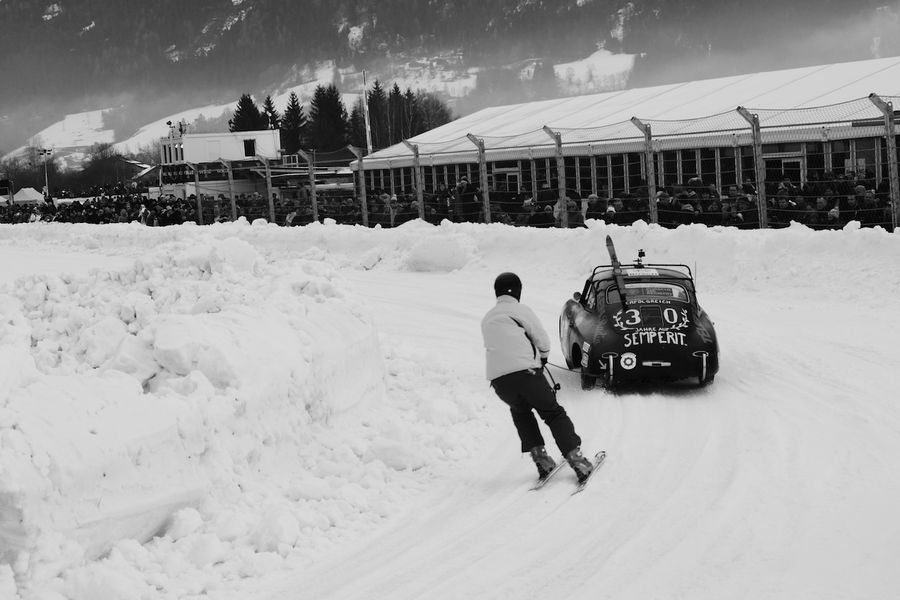 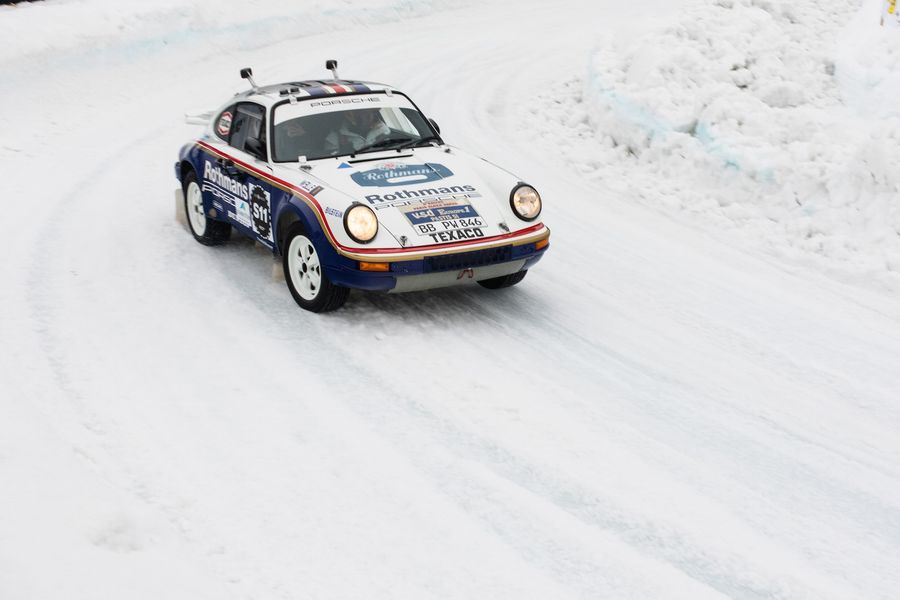 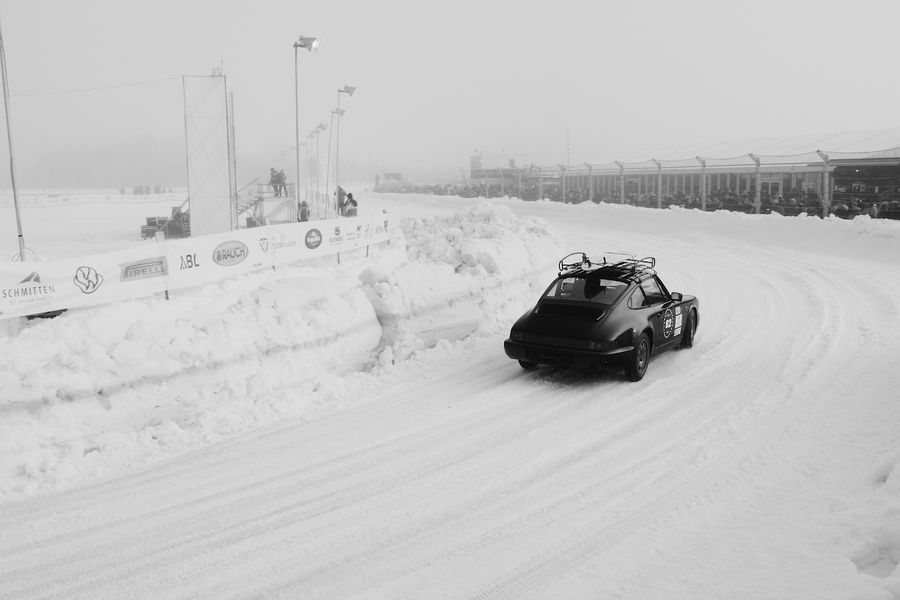 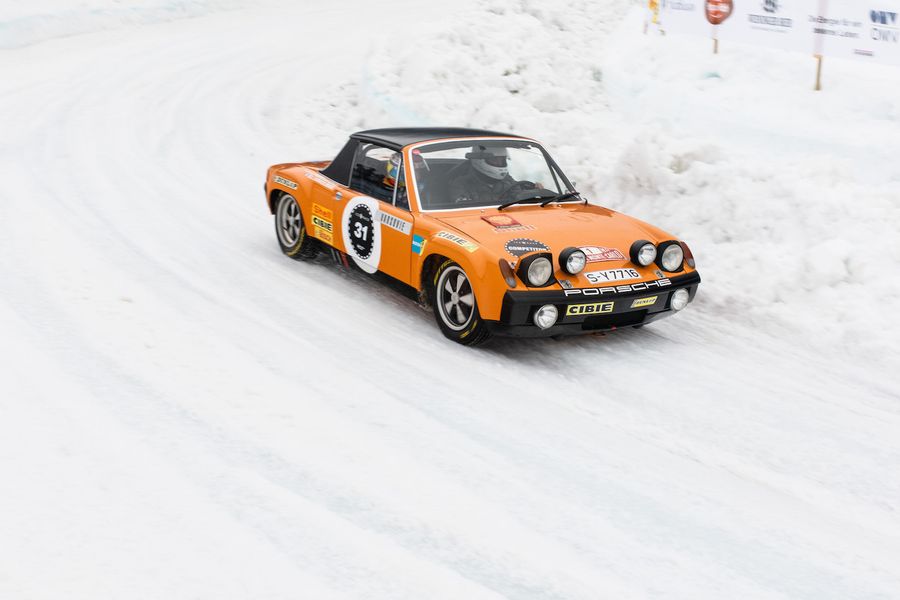 This year saw the second running of the GP Ice Race in almost 45 years, taking place in Zell am See, Austria. A fair distance for me of 18,000 km (11,000 miles) from home in Auckland, it took a big of consideration to come to the conclusion that it was not to be missed. Partially for the fear of it not returning annually, but particularly because the coverage from 2019 showed some of the most unique and spectacular Motorsport. A truly eclectic mix from the likes of pre-war cars and a Rothmans Dakar Porsche through to a Formula E car, and with big names like Walter Rohrl and Mark Webber piloting some great history. All displayed at one event, all in the snow, and then to top it off, occasionally towing championship skiers.

A thrown together itinerary and many flights and hours later, here I was standing on an airport runway covered in snow, for two full days of the GP Ice Race 2020. Even luckier, this year it was extended into Friday evening, where a Luftgekuhlt display lit up the Ferry Porsche Congress Centre in downtown Zell, to kick off the festivities and showcase some quality Porsche history in crates, a great vision by Jeff Zwart. 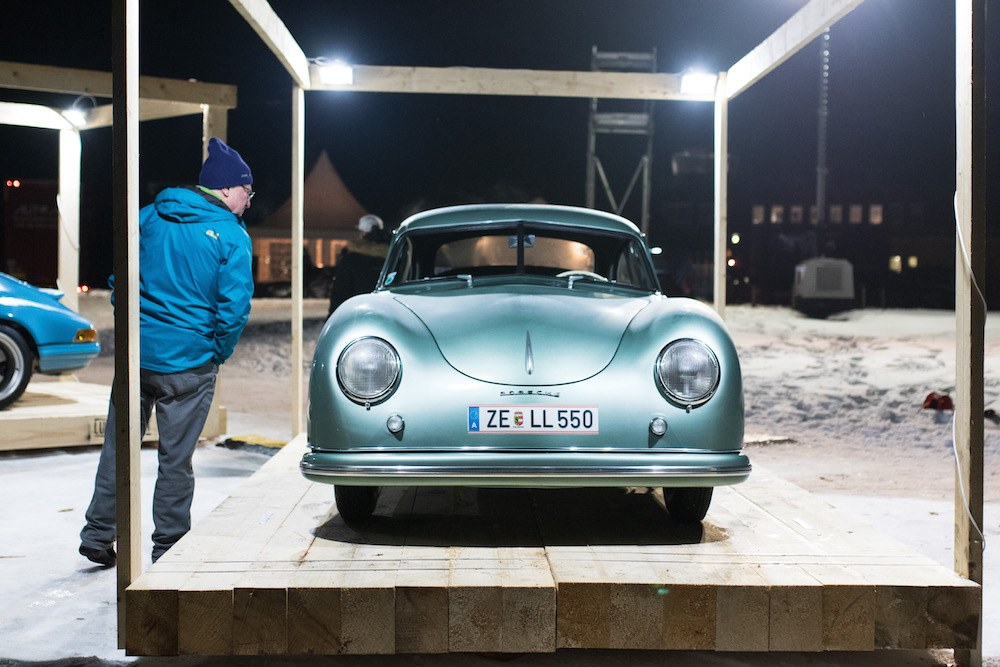 For those unaware, Zell am See is an Austrian town framing an expansive lake, favoured by skiers and snow-lovers for the steep decent into the lively town, and home to the Porsche family. So understandably an event organised by the great-grandson of Porsche is sure to attract some of the worlds greatest machines and drivers.

The GP Ice Race timetable included classes of 2WD and 4WD Touring cars, sidecars, classics, the SKODA Ice Race of Champions, and the great show class of 2020 demonstrating quality pairings of drivers and cars from Hans-Joachim Stuck in the Jagermeister March, Stig Blomqvist in an Audi Quattro S1, and fast features from the Dakar Mini, Formula E car, and Tanner Foust in his VW Rallycross Beetle.

The sights are incredible. A contrast of brightly coloured and stylish classics meeting pure white snow, flicking pieces into the crowd as they drifted the corners getting huge grins and cheers. The sounds of the modern cars echoed for miles, with the Audi DTM taking the crown for sheer joy of sound and sideways action.

If that isn’t enough, add in a rope to a tow point and a championship skier, and have yourself the very best combination of sports; Skijoring.

In a season where cars are usually tucked away in warm shed and garages for the sun to return, this event inspires the use of these great machines in all weathers and terrains, proves the reliability of great winter tyres, and overwhelms the motorsport-mad fans who travel worldwide to witness a true spectacle in a picturesque location.

So for now I’ll let the pictures do the talking on why you should attend the next version of GP Ice Race.