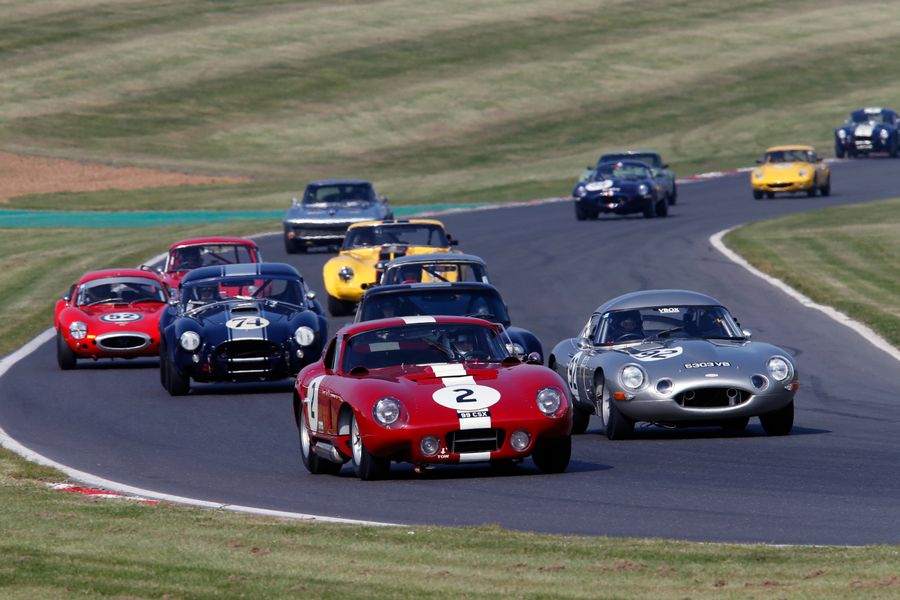 After a great start to the Masters 2019 season at Paul Ricard, the next few weeks offer up another four events across the globe giving fans, and racers the opportunity to enjoy great racing at some classic venues.

The Aston Martin Masters Endurance Legends will be appearing on the European Le Mans Series bill as part of the 4 Hours of Monza on 10th to the 12th of May. With the hugely popular 1990s and 2000s prototypes and GTs back at a circuit they would have raced on in period in the Le Mans Series or possibly FIA GT championship, the four 40-minute sessions offer plenety of track-time at one of the world's most famous venues. Already in excess of 20 cars have been entered.

Two weeks later Brands Hatch is the first UK event of the 2019 Masters season hosting the 13th running of the Masters Historic Festival on May 25th and 26th. The fast and technical challenges of the Brands GP Circuit plays host to FIA Masters Historic Formula One, FIA Masters Historic Sports Car, Gentlemen Drivers, Masters Pre-66 Touring Cars (which already has a full grid entered) and some great invited grids for two days of fantastic racing, in front an always appreciative crowd.

California is the place to be from 31st of May to the 2nd of June for the Sonoma Speed Festival at Sonoma Raceway, California. Both the Masters Historic Formula One USA and the Masters Endurance Legends USA will start their seasons deep in Californian wine country.

The week after Sonoma, Masters will make a welcome return to Donington Park on June 8th and 9t for the Masters Historic Race Weekend. There will be races for the Masters Historic Sports Cars (non-championship round), Masters Pre-66 Touring Cars, a standalone race for the SU Carburettors Masters Pre-66 Mini Race as well as the Masters Three Hours and invitation grids from the Dunlop Saloon Car Cup, the Dutch GT&TC for cars from 1966-1981 and Classic Formula Ford.