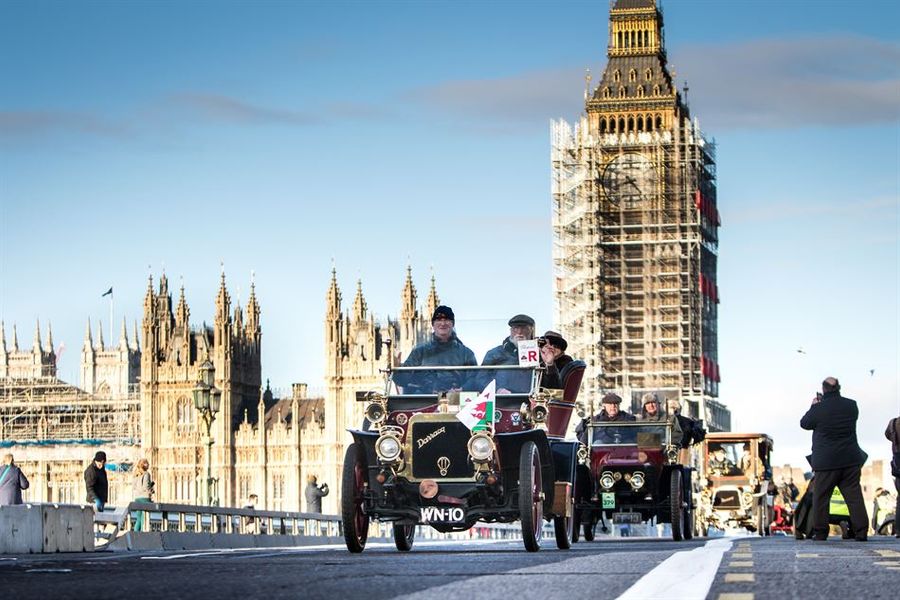 Entries for this year’s legendary Bonhams London to Brighton Veteran Car Run, supported by Hiscox open this week. The Royal Automobile Club will be staging the 122nd Run this year on Sunday 4th November.

The world’s longest running motoring event commemorates the Emancipation Run of November 1896 which celebrated the passing into law of the Locomotive on the Highway Act. It was this milestone legislation that raised the speed limit for ‘light locomotives’ from 4mph to 14mph and came after the equally antiquated requirement for a man to walk in front of all moving vehicles waving a red flag had also been abolished.

Now, more than 120 years after that very first Run, hundreds of extraordinary pre-1905 vehicles honour the pioneering spirit and engineering dexterities of those intrepid early motorists on a similar historic 60-mile journey from Hyde Park in Central London to the seafront in the Sussex coastal resort of Brighton.

Such is the unique character and allure of the annual automotive pilgrimage that it attracts entries from all over the globe and draws vast crowds along the route.

“It was an utterly amazing experience,” reported Hill. “We expected lots of people to be lining the road when we left Hyde Park but they were all the way along the route cheering, hooting and waving. We gave the trumpet on the side of our car a good work out and my arm is a bit tired from all the waving!”

“It was an incredible adventure – bizarre but absolutely wonderful,” added Boorman. “The roads to Brighton were just full of people. It’s one of those marvellous events you just have to do if the opportunity presents itself.”

This year’s Run again will include a well-earned mid-way halt at the ever-enthusiastic and helpful Honda Gatwick dealership where cars can be fettled and motorists refreshed plus a time-honoured checkpoint in Crawley High Street where travellers and spectators all will be well looked after with provisions and entertainment provided by Gatwick Airport.

Though not itself a competitive event, the Run will also include a Regularity Time Trial thus providing plucky entrants with an additional challenge. Participants have to pre-nominate a target average speed for an allocated 13-mile section in the Sussex Downs with the driver who gets closest to their selected speed being declared the winner.

As in recent years, the Veteran Car Run provides a fitting grand finale to the Royal Automobile Club’s busy London Motor Week – a week in which the celebrated Club presents an array of functions and events to suit all motoring tastes. Of late these have included forums, dinners, trophy presentations, lectures and exhibitions as well as the free-to-view Regent Street Motor Show now held annually on the Saturday immediately before the Run.

Adding to the build-up, renowned auctioneer Bonhams hosts a special London to Brighton Run sale on the preceding Friday afternoon with an eye-catching selection of veteran cars and related automobilia coming under the hammer.