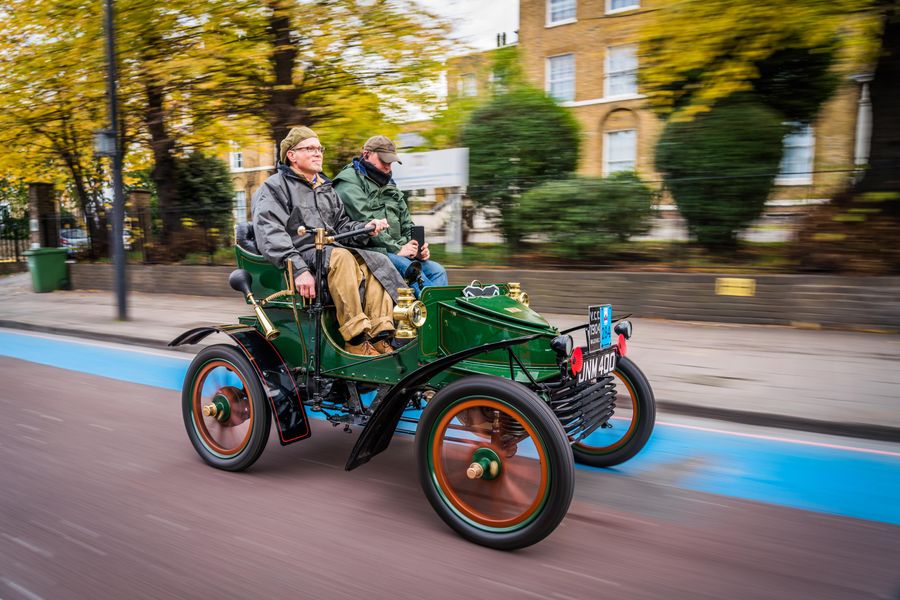 Vauxhall Motors is fielding two pre-1905 cars from its Heritage Collection in this year’s Bonhams London to Brighton Veteran Car Run, one of which has entered the famous event at least 64 times since 1927. Both cars were built in the first two years of Vauxhall’s existence, when its manufacturing base was in the eponymous South London suburb, and it was becoming established as one of the most prestigious car brands in the early twentieth century.

The younger of the two cars, a 6HP Light Car, registered JNM 400, has entered the Run at least 64 times, according to Vauxhall’s records, making it one of only two cars in the history of the event that has left the starting line on more than 60 occasions. But that near unrivalled record has almost been matched by its finishing medals, which total 60 to date – no mean feat, given the age, size and simplicity of the car.

JNM 400 first entered the Run in 1927, driven by Vauxhall’s then retired Managing Director, Percy Kidner. It then spent some time in Australia, before Vauxhall bought it for its Heritage Collection in 1946, and started sending it to Brighton again from 1950 onwards.

Powered by a single-cylinder, 1029cc petrol engine, delivering drive to the rear axle via a two-speed epicyclic gearbox and chain, this 6HP was one of the last to be built with tiller steering. But in other respects it was quite advanced, with coil-spring suspension and a very early form of unitary construction.

Vauxhall’s 1903 5HP Light Car, registered BS 8213, is the world’s oldest surviving four-seat Vauxhall, and the 45th car built by the company. Originally delivered to a Dumbarton shipbuilder at a cost of £154 3s 3d, the 5HP was purchased for the Collection in 1995 and has been a regular entrant in the London to Brighton Run since then.

In their day, these diminutive cars helped forge an enviable reputation for Vauxhall – now Britain’s oldest surviving car brand – as an innovative, pioneering manufacturer, whose products were at the forefront of engineering and design excellence. They were frequently entered in durability trials when new with much success, so it’s no surprise that they’ve had such a good record in the London to Brighton Veteran Car Run over the last 90-plus years.

Bonhams London to Brighton Veteran Car Run, which celebrates the abolishment of the 1896 Act of Parliament requiring cars to be preceded by someone on foot waving a red flag, and the raising of the speed limit from 4mph to 14mph, starts at Hyde Park this year on Sunday, November 3rd. A total of 418 vehicles have entered this year’s Run.