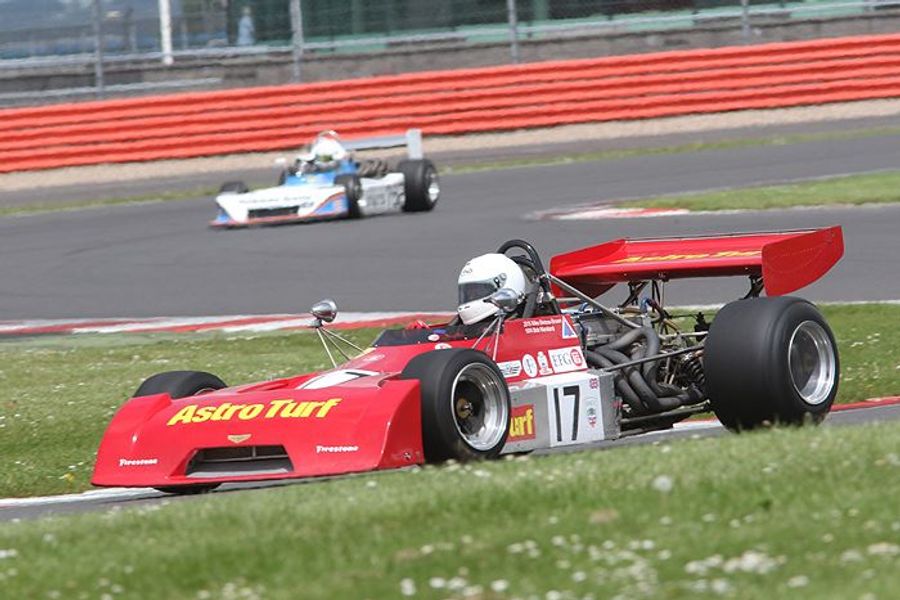 Another superb field of at least 25 cars will bring F2 action back to the home of the British Grand Prix for the first time in 34 years. For several years towards the end of the Formula 2 era the International Trophy was a round of the European Formula 2 Championship. However, since the end of F2 as an international category in 1984, it is not thought that these cars have had for a dedicated race on the Silverstone GP circuit.

The 2018 series covers 10 races at five race meetings, and still to come are the hugely popular Zandvoort Historic Grand Prix and the Dijon Motors Cup in October. The season started at Hockenheim in April and then moved to Brands Hatch Grand Prix circuit three weeks ago. The championship is open to cars built to period regulations for Formula 2, Formula Atlantic and Formula B, from 1967 through to the end of 1978.

The excellent Silverstone entry is headed by Frenchman Robert Simac in his ex-Jean-Pierre Jaussaud March 712M as Robert bids for a sixth straight championship title. He will be very quick again in the Jochen Rindt class for the 1600cc F2 cars.

Dean Forward (March 782), Mark Dwyer (March 742), David Mercer (March 782) and Mike Bletsoe-Brown (Chevron B27) are some of the likely overall pacesetters as the leading 2-litre cars should be able to out-pace the best of the 1600cc cars. However, the man they will all have to beat is series benchmark Richard Evans in his incredibly quick March 742.

A three-car Australian contingent, headed by the rare Elfin of Stephen Weller, is a welcome feature of the entry while Frazer Gibney (March 76B) heads the Formula Atlantic pack along with father and son David and Marc Mercer in their pair of Marches. James Murray (Chevron B25), Julian Maynard (March 742) and Rainer Brammer (Lotus 69) add to the quality field, which also includes Lorraine Gathercole in her March 712.

Famous cars are packed into the field, including the ex-Eddie Cheever Ralt RT1 of Steve Seaman, the ex-Derek Bell Brabham BT30 of Lincoln Small and the ex-Richard Morgan/Wheatcroft Racing Chevron B29 of Paul Tonkin.

After qualifying on Saturday morning, the first 25-minute F2 race is scheduled to start at 16.10 on Saturday. The second race is due at 13.55 on Sunday.