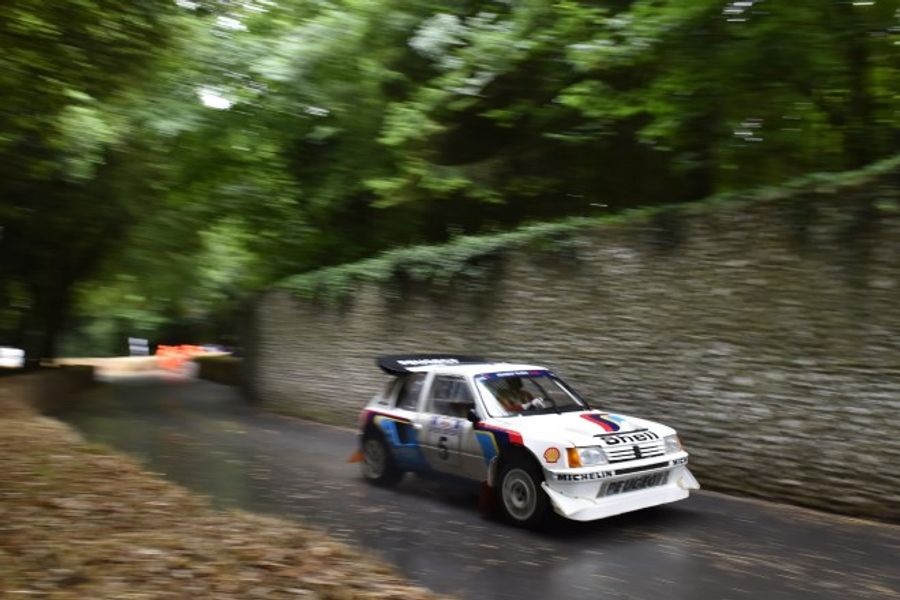 This year’s Goodwood Festival of Speed presented by Mastercard will roll out an unprecedented field of rally cars and stars on 4th-7th July. The theme for this year’s Festival is ‘Speed Kings, Motorsports Record Breakers’, and the Forest Rally Stage will resound with some of the biggest names in the sport’s history.

The Festival of Speed will celebrate the life and career of the first ever WRC drivers’ champion, Björn Waldegård. Although the world championship for manufacturers was established in 1973, it was not until 1979 that the drivers were recognised with a title of their own. In the WRC season of 40 years ago it was the ice-cool Swede who took victory by just one point from his Ford team-mate Hannu Mikkola, who will be in attendance at the event.

Waldegård passed away in 2014 but an impressive collection of 10 original cars has been assembled. Among the earliest will be the 1974 Porsche 911 that he drove on that year’s Safari Rally and from later years the Audi Quattro that he campaigned on the 1984 European Rally Championship trail.

A number of other Quattros will be present at Goodwood in both early Group 4 trim and in their ultimate Group B iterations. The Group B era of Kevlar-bodied 1980s monsters has been enshrined in motoring legend thanks to their shattering performance, and the Audis will be joined by period competitors including the MG Metro 6R4, Nissan 240 RS.

Group B was the era in which the Peugeot 205 Turbo 16 was the dominant force in the sport, sweeping back-to-back drivers' and manufacturers' titles in 1985-86. The 1986 drivers' champion Juha Kankkunen, who went on to claim three further WRC crowns in 1987, 1991 and 1993, will be back behind the wheel of the fire-breathing French supercar throughout the weekend.

Rallying dates back to the early 1900s but the modern sport came into being in the late 1950s when timed ‘special stages’ were added to the route on major international competitions. The first generation of Special Stage rally cars will be represented by a diverse array of cars from the svelte Alpine A110 and Lancia Fulvia coupes to the yeoman Austin Maxi and Hillman Avenger – among which Rauno Aaltonen, former winner of the RAC, 1000 Lakes and Monte Carlo rallies will appear at the wheel of an ex-works Mini-Cooper.

For many fans the high watermark of the WRC to date came in the late 1990s and early 2000s when a wealth of manufacturer entries did battle in the hands of stars including Carlos Sainz, Tommi Makinen and Britain’s late world champions Richard Burns and Colin McRae.

This year, former British rally champion Alister McRae will take the wheel of Colin's 1999 Ford Focus WRC in a much-anticipated moment for the Festival of Speed. Also present will be 2003 World Rally Championship winner Petter Solberg, taking part in a ‘farewell tour’ and bringing an iconic Subaru Impreza WRC alongside a host of his other star cars.