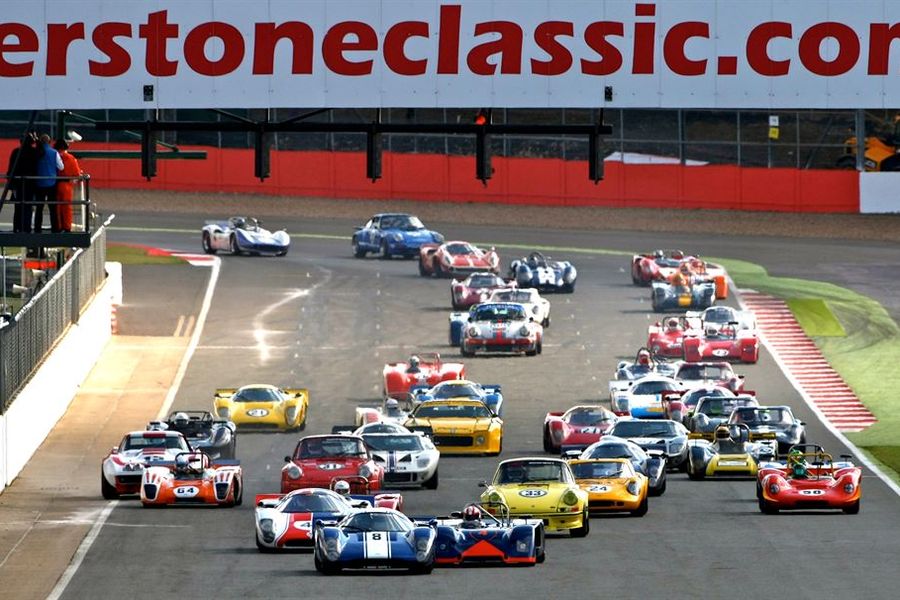 The 5th of November will see the 2017 Silverstone Classic launched with a special display at the Regent Street Motor Show and Early Bird tickets going on sale to the public.

With the London’s Regent Street closed to through traffic during the day, the prestigious stretch of road between Piccadilly and Oxford Circuses is reserved for a unique automotive showcase. Last year, the free-to-view event attracted a record 450,000 visitors and even more are expected next month, making it a fitting platform to launch the latest edition of the world’s biggest classic motor racing festival.

Set for the 21st to the 23rd of July next year, the  Silverstone Classic will once again feature three days of unrivalled entertainment with the biggest entry, the most racing and the best paddock access at any such event, not to mention the massive range of off-track activity.

Adding quality to quantity, all of Europe’s leading historic categories will be on the packed programme, including an incredible Formula 1 grid with iconic Grand Prix cars from the seventies and early eighties, some of which will be displayed on Regent Street. Already confirmed for the show on Regent Street is an iconic black and gold JPS Lotus which will line-up alongside a number of other much-loved racing classics including a flame-spitting Ford Sierra Cosworth touring car from the 1980s.

Other series’ set for the Silverstone Classic next July will include crowd-favourites such as the Group C prototypes and a host of touring, sports and GT cars. Add in more than 10,000 privately owned classic cars displayed by motor clubs, many choosing the Classic to mark major milestones in their chosen marque’s or model’s history, plus air displays, live music concerts from classic rock bands and a host of other family entertainment and it’s easy to see why more than 100,000 visitors of all ages now flock to the world’s premier classic and historic motor racing festival.

‘Early Bird’ day and three-day tickets will be available from the event website form the 5th of November.

Moreover, anyone booking on Saturday 5th will be entered into a special draw giving a chance to win a ‘Golden Ticket’ with benefits ranging from a hot lap around the full Silverstone Grand Prix Circuit on the Classic’s Preview Day, to a ride in a course car during the event or even an upgraded to VIP hospitality.