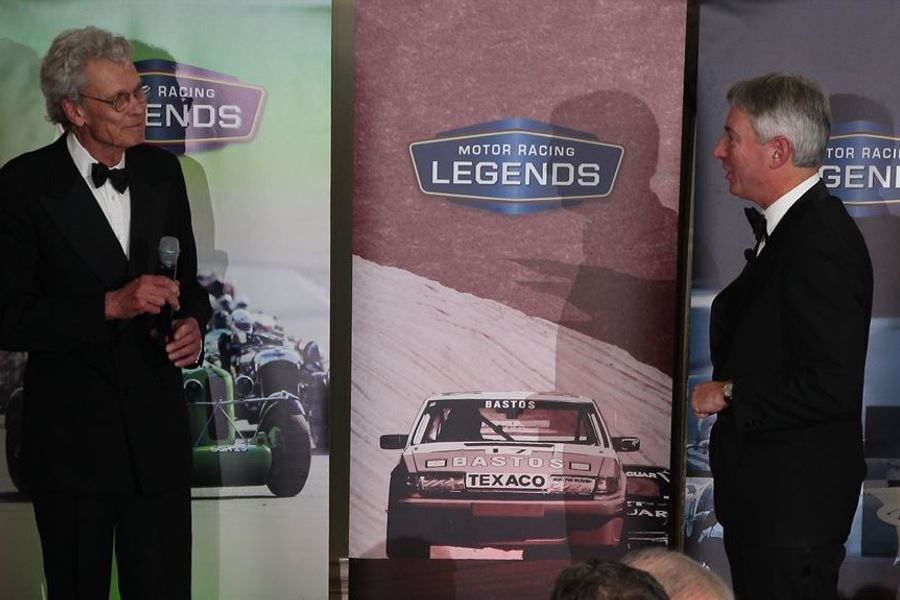 The overall winner of the Tony Dron Trophy each year will be awarded the actual trophy presented to Tony for winning the Tricentrol British Saloon Car Championship support race at the British Grand Prix in 1977 – the year that Dron missed out on the Championship by a single point. The Tony Dron Trophy will run within Motor Racing Legends’ Historic Touring Car Challenge grid, with its own podium and results for each race. The new class structure and trophy announcement comes after last week’s press announcement extending the class structure for the Historic Touring Car Challenge to include Group A cars right up to December 1990.

The awards ceremony celebrated all the 2015 trophy winners. Highlights include Bobby Verdon-Roe and Gregor Fisken who raised the famous Stirling Moss Trophy, won by Moss for his first ever British Grand Prix win in 1955 at Aintree. Fred Wakeman and Patrick Blakeney-Edwards took home the Royal Automobile Club Woodcote Trophy, and Patrick also walked away with the overall Motor Racing Legends Trophy for his outstanding contribution to the huge Kidston Trophy Pre-War grid at the 2015 Silverstone Classic.

Tony Dron presented Steve Dance with the Historic Touring Car Challenge Vase;  Martin Halusa and his two sons Niklas and Lukas won the Traditional Oak Family Trophy; Rudi Friedrichs received the overall Pre-War Sports Cars Trophy with IN-Racing winning the 2015 Preparers award. Lawrence Whittaker, the CEO of Lister Cars presented Barry Wood and Will Nuthall ‘The Brian Lister Cup’ for the best overall performance by a Lister in 2015. A list of all the class winners can be found at www.motorracinglegends.com

Motor Racing Legends Chairman Duncan Wiltshire who hosted the awards presentation said, “I am delighted to announce the new Trophy donated by another true Motor Racing Legend - Tony Dron. The Tony Dron Trophy will cement an important new competition element in the Historic Touring Car grid, and compliment the entry criteria being extended. The news has been received well by competitors and I am looking forward to seeing some superb grids this coming season.”

The Motor Racing Legends season kicks off at the Donington Historic Festival in April 30 – May 2.