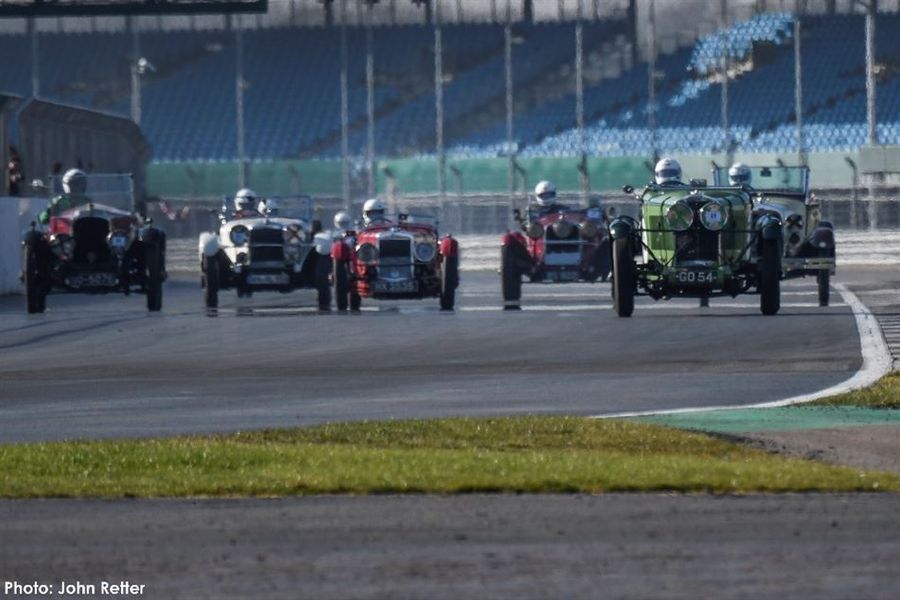 The Vintage Sports-Car Club’s Race and Speed season opened in perfect style with a 143-car entry for The Pomeroy Trophy at Silverstone on Saturday 24th February. Competitors enjoyed a full day of sunshine, although temperatures flirting with zero degrees kept spectators well wrapped up as they followed the cars throughout the day.

The overall winner, taking The Pomeroy Trophy, was Simon Smith in his Lotus Elan with other awards being taken by Simon Blakeney-Edwards winning The Densham Trophy for best Pre-war Car and Andrew Howe-Davies winning The Pomeroy Edwardian in his Scat Racer from 1911, notably the oldest car taking part in the event. 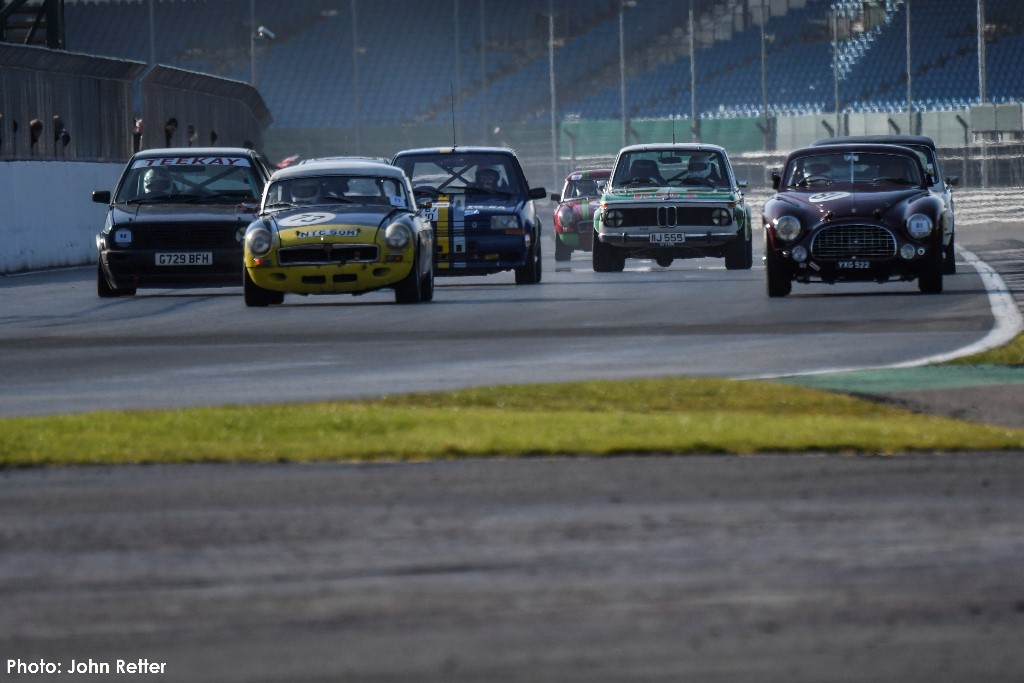 “The Pom”, named after Laurence Pomeroy Junior, is a combination of driving tests in the morning followed by a series of 40-minute high-speed tests in the afternoon designed to determine the perfect Grand Tourer as the dimensions of each car entered and the ability to carry two suitcases and the need for a hood all contribute to the final result. Previous winners have varied from classic Pre-war cars such as Frazer-Nash through to Fords of Cortina and Escort variety!

The field undertook three driving tests designed to assess the manoeuvrability, acceleration and braking ability of the car as the sun ventured into the blue sky above.  After lunch the field was divided into three groups to take to the track for a trio of 40-minute High Speed Trials, in which each competitor aimed to achieve a target number of laps. 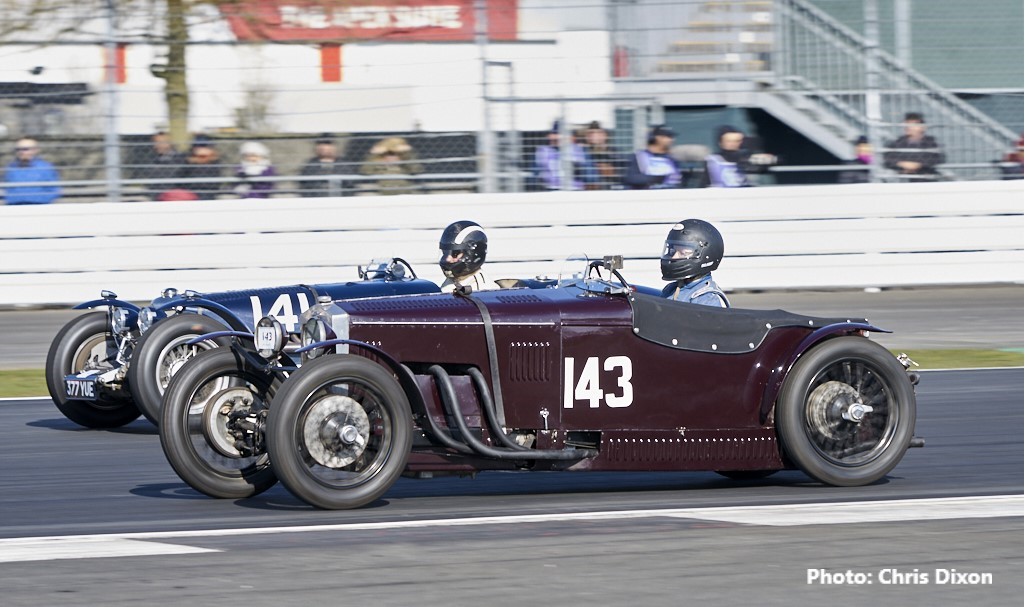 In the first session, previous winner, James Baxter, made his debut appearance in the Riley / ERA Maclure special, making short work of his target lap total and in so doing setting the fastest lap of any Pre-war entry.  However, the fastest lap of the day went to Geraint Owen in his BMW M3 Super Tourer, which led home the third of the sessions. Last year’s winner, David Wylie, met a mechanical issue in this session and sadly had to retire his BMW 2002.

The next Club event is The John Harris Trial in Derbyshire on 3rd March. The VSCC Race Season starts in April, back at Silverstone, for the first round of Formula Vintage over the weekend of 21st – 22nd.