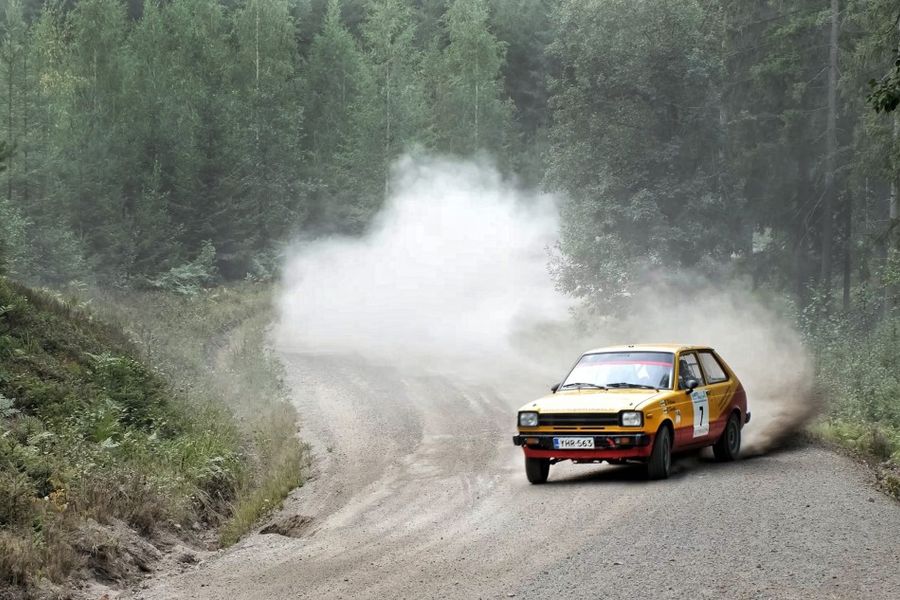 It was a dramatic day two on the weekend's 2019 Lahti Historic Rally, with both overnight leaders crashing out,and the winning Audi Quattro of Antero Laine and Topi Luhtinen excluded after post-event scutineering, giving the win and maximum FIA European Historic Sporting Rally Championship points to the Toyota Starlet of Finnish crew Esa Peltonen and Jyrki Saarto on their home event.

Category 4 – Silvasti leads the Way
Ville Silvasti's Audi Quattro was the leader in the Category 4 battle, 1m33.2s ahead of the Toyota Celica of fellow Finn of  Jari Latvala. The BMW M3 of Will Graham finished the day in third, 2m32.8 seconds behind Silvesti’s Audi.

Category 3 – Zippo Heads the EHSRC Entry in Finland
With Kankaanmaki’s Volvo and Laine’s Audi heading the overall leader board and Category 3, it was the Audi Quattro of ‘Zippo’ who finished the day as the leading Category 3 EHSRC entry.The Italian finished the day 49.5 seconds behind Kankaanmaki, with the Toyota Starlet of Esa Peltonen in fifth and the second placed EHSRC car, 1m31.5s behind Kankaanmaki. Championship leader Pentti Veikkanen was sixth in class, only 0.4 seconds behind Peltonen at the end of Day 1.

Reigning champion Karl Wagner had a disappointing day his Porsche suffering an alternator failure on SS3.

Category 2 – Johnsen Leading But Just Needs to Complete the Second Day
Once again the Porsche Carrera RSR if Anders Johnsen led Category 2 at the end of the first day of a rally. After failing to complete the second day in Austria and Belgium, the Swedish driver will be hoping for third time lucky tomorrow. Championship leader Carlo Mylle was lying 4th in class, 4m15.8 seconds behind Johnsen and the second of the three EHSRC Category 2 entrants.

Category 1 – Graham Takes Control of Category 1
The top three places in the hotly contested Cat 1 class was filled by EHSRC entries with Britain’s Ernie Graham finishing the day with a commanding 2m39.8s lead in hisFord Escort Twin Cam, with the BMW 2002 Ti of Finland’s Elias Kivitila in second and the Ford Consul Cortina Lotus of James Calvert third.

Category 4: Will Graham Takes Win on Lahti Debut
The M3 of Will Graham and Michael Johnston took the Category 4 victory on their Lahti Historic Rally debut, finishing fifth overall.The British crew kept their car on the road to finish all six special stages on Day 2 and finish 25.7 seconds ahead of the rest of the field led by the Corolla of Ari Kirvesmaki.

Overnight leader Ville Silvasti held his lead on the first two stages of the day in the Audi Quattro A2, keeping ahead of fellow Finn Jari Kankaanmaki's Volvo. However disaster struck on SS9 when both cars went off the road in separate incidents, with Silvesti’s Audi rolling.  Both crews were unharmed in the incidents but it meant their rally was over.

One stage later the Celica of Jari Latvala was another retirement after the Finn also went off road.

A maximum 20 championship points puts Will Graham second in the points table on 72, just one point behind leading driver 'Lucky'.

Category 3: Maximum Points for Peltonen and Saarto on Home Event
Antero Laine was the first car across the line on the 2019 Lahti Historic Rally, moving into the lead after the demise of Ville Silvesti’s Audi and Jari Kankaanmaki’s Volvo on Stage 9.  Esa Peltonen’s Toyota that finished as the top EHSRC entry, just ahead of the Audi of Italian driver ‘Zippo’.

However in scrutineering the no4 Audi was found to have an incorrect turbo charger fitted, a Garret Turbo instead of a KKK, and the front and rear brake disc thickness was too great - 25.2mm front and 24.74mm rear instead of 22mm for both. The Audi was disqualified (Stewards Decision No24) and no appeal was lodged by the competitor within the alloted time frame.

Esa Peltonen was thus promoted into the overall win of the 2019 Lahti Historic Rally. Also, as the first EHSRC car, Peltonen took maximum points to take the lead in the Category 3 Drivers Championship, the Finn on 78 points, six ahead of 'Zippo' on 72 points.

Category 2: Johnsen Out of Luck Again
Anders Johnsen’s run of bad luck while leading a rally continued in Finland as the Swede’s day ended on SS9 when the Porsche Carrera RSR went off road. The Category 2 victory went to the  Escort RS1600 of Vesa Rissanen.

The top EHSRC entry to finish the rally was the Vaz 2101 of Villu Mattik and Arvo Maslenikov , the Estonian’s finishing 10m36.3s behind the Ford. Championship leader Carlo Mylle extended his lead despite a bad day for the Belgian crew.

The Porsche had an accident on SS9 and Mylle had to limp to the end of the stage to conduct repairs by the road side. They managed to carry out the repairs and get the car to the service area but the car was not classified and the Belgian crew only gained one point from the event. However, this extends Carlo Mylle's championship lead over Paolo Pasutti, as the Italian was not competing in Finland.

Category 1: Graham Family Joy
While Will Graham celebrated his Category 4 victory, mum and dad were also celebrating taking another Category 1 victory. Ernie and Karen Graham built on their overnight lead in their Ford Escort Twin Cam to finish the Lahti Historic Rally 6m32.5s ahead of the BMW 2002 TI of Finland’s Elias Kivitila and Timo Tuominen.

It was another BMW 2002 TI in third place with Sverre Norrgard and Ari Koponen finishing the day 16 minutes behind the Ford and 1m46 ahead of James Calvert and Jame O’Brien in their Ford Consul Cortina Lotus.

Victory for Ernie Graham has closed the gap to championship leader Antonio Parisi, with both drivers on 89 points in the championship race with three events still to be run.