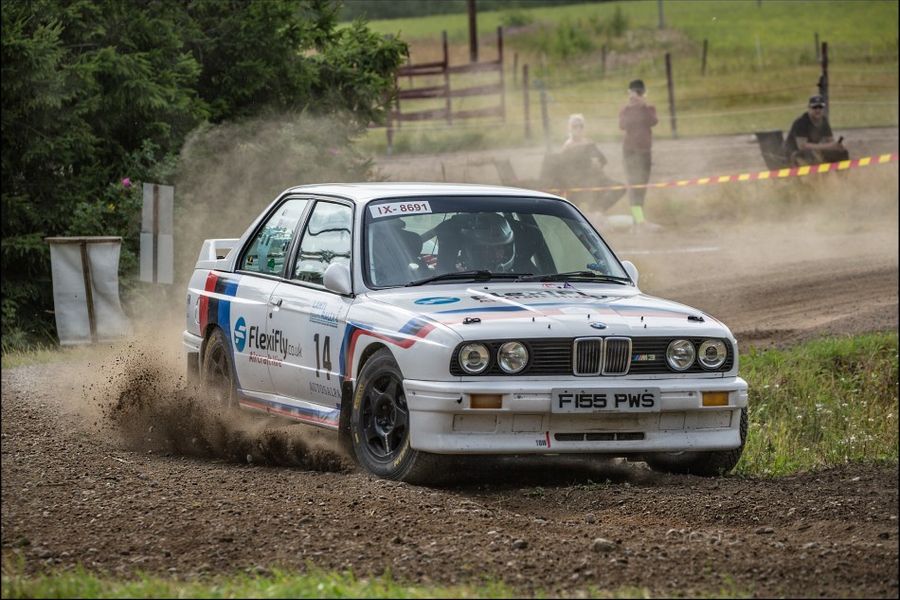 The Graham family are well known on the FIA European Historic Sporting Rally Championship.  Ernie and Karen Graham are multiple Category 1 winners with their Ford Escort Twin Cam, while son Will is contesting Category 4 in a BMW E30 M3 for the first time in 2019. In Finland last month Will Graham secured his first Category 4 win on the Lahti Historic Rally.

Will Graham started in the co-driver’s seat alongside his father, securing the Irish Tarmac Historic Championship title in 2015 in a Ford Escort Mk2. In 2016 he switched seats and contested the British Rally Championship behind the wheel of a Ford Fiesta R2. In 2017 he had to concentrate on his university studies but returned to the BRC in 2018.

In 2019 Graham has returned to historic rallying with one of the most eye-catching cars on the stages. We caught up with him at the Lammi service area on day 2 of the Lahti Historic Rally in Finland to find out more about him and his car.

Q: Tells us why you rally with a BMW M3?

WG: “The M3 has rear wheel drive; good power.  It’s a car that lots of people enjoy and it’s synonymous with the 1980s, especially back home with drivers such as Bertie Fisher and Austin McHale.  It’s certainly good to have one out on a rally.”

Q: What are your reasons for choosing to do the FIA EHSRC?

WG: “Rallying tends to be a family orientated sport, so it’s good to be doing stuff together.  Aside from that the level of competition in historics is at a good level, the cars don’t tend to their value necessarily and it is pretty even competition. There’s not the next iteration of the car coming up so you can still be competitive, which is really good.”

Q: How long have you been involved in rallying?

WG: “I only started rallying the M3 this year and I was in a Fiesta R2 the last couple of years. It’s definitively a sport I love to be involved in.”

Will Graham, and co-driver Michael Johnston, will be back in action this weekend (30/31 August) on the Rally Alpi Orientali Historic, Round 7 of the 2019 FIA European Historic Sporting Rally Championship.  Will Graham is currently second in the Category 4 Championship on 72 points, just one point off the lead.