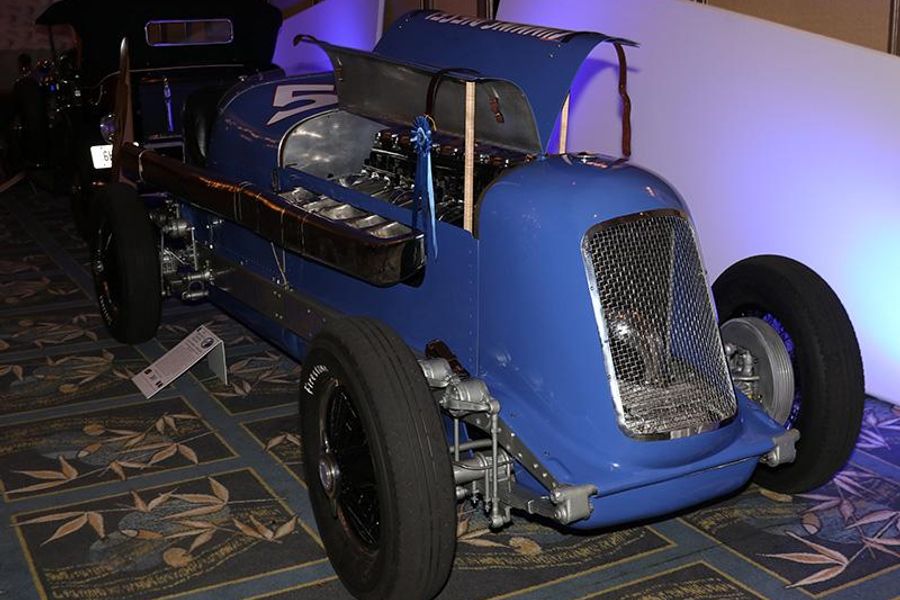 A pair of classic Duesenberg automobiles were in the spotlight at last month's 1927 Motorsports Hall of Fame of America (MSHFA) 31st Induction Ceremony Presented by Firestone, the crowning event of the MSHFA's two-day, multifunction 2019 induction celebration, March 11-12, in Daytona Beach.

The Duesenbergs were on display in recognition of the induction of Augie Duesenberg as one of seven Class of 2019 MSHFA enshrinees. Augie followed his older brother, Fred Duesenberg (MSHFA Class of 1997), into the MSHFA, and the Duesenberg automobiles showcased at the black-tie induction ceremony just steps from the main stage were the only vehicles on display in the main ballroom of the host Shores Resort and Spa.

"It was amazing effort by many hard-working individuals and supporting companies and organizations that made it possible to have these glorious Duesenbergs in Daytona Beach for the 31st Induction Ceremony of the Motorsports Hall of Fame of America," said MSHFA President Ron Watson. "Both cars were on display at the Amelia Island Concours d'Elegance in the days leading up to our 2019 induction celebration and we are grateful to all involved for working so hard to bring the Duesenbergs from there and straight to Daytona."

Duesenberg racing accomplishments were numerous, including four Indianapolis 500 wins in 1922, 1927 and back-to-back victories in 1924 and 1925 by teams run directly by the Duesenbergs. Other achievements included an unofficial record-breaking run on the shores of nearby Daytona Beach (a 156-mph flying mile) and a AAA National Championship. To this day, Duesenberg's line of luxury cars, produced from 1921-1937 command higher average prices at collector car auctions than any other American car, with the Duesenberg Js being the most valuable.

After Fred passed away in 1932, Augie succeeded him as chief engineer and became a champion by placing Cummins Diesel powerplants in reinforced Duesenberg chassis.

One of the classic Dueseys on display during the induction ceremony was a 1934 Cummins Duesenberg (pictured at top), accompanied by restorer, Bruce Watson of Baker Hollow Endeavors. Through his good graces, and those of Cummins Inc. and the Indianapolis Motor Speedway Museum, the car returned to Daytona where it set a diesel record on the sand.

The car is one of two Cummins-powered Duesenbergs built by Clessie Cummins and the Cummins Engine Company for the 1934 Indianapolis 500. The cars served as a test bed in the battle between the two-stroke diesel engines of General Motors/Detroit Diesel and the Cummins four-stroke diesel engines. The battle would continue for more than 50 years, until in 1987 when Detroit Diesel abandoned two-stroke technology and followed Cummins down the four-stroke path.

At Indianapolis, this car was powered by a two-stroke version of the Cummins four-cylinder Model H diesel engine as part of a competition within the company to help determine Cummins' future engine design architecture. Cummins' other Indy 500 entry in 1934 was an identical Duesenberg powered by a four-stroke version of the same engine. Driven by Stubby Stubbelfield at Indianapolis, this car qualified 29th at 105.920mph and finished 12th at an average speed of 88.5 mph. 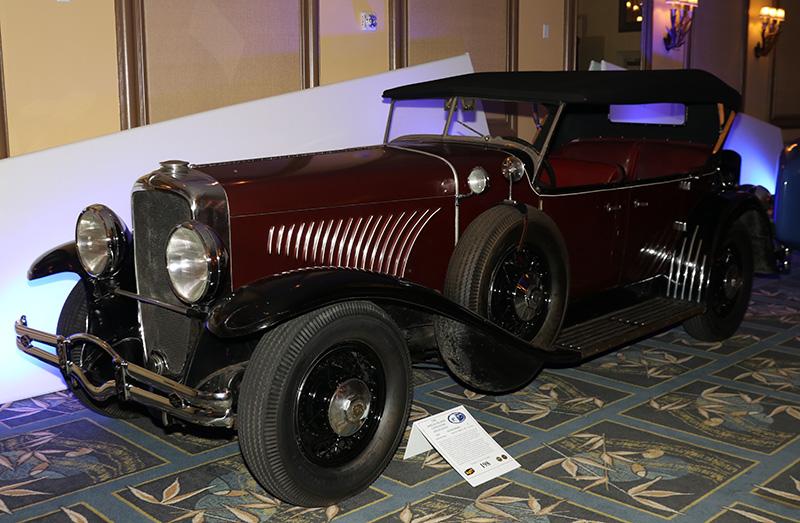 The other Duesenberg on display at the MSHFA 2019 Induction was the 1927 Model Y prototype, which had been Augie's daily driver for a year. It is owned by Bob Becker of Mount Forest, Ontario, Canada.

At the ceremony, Doug Boles, President of the Indianapolis Motor Speedway, accepted induction on behalf of Augie. At the traditional Heroes of Horsepower reception and strolling dinner at the MSHFA Museum, located in the Daytona International Speedway Ticket and Tours facility on Monday night, Becker and daughter Charlie (pictured below) graciously represented Augie. 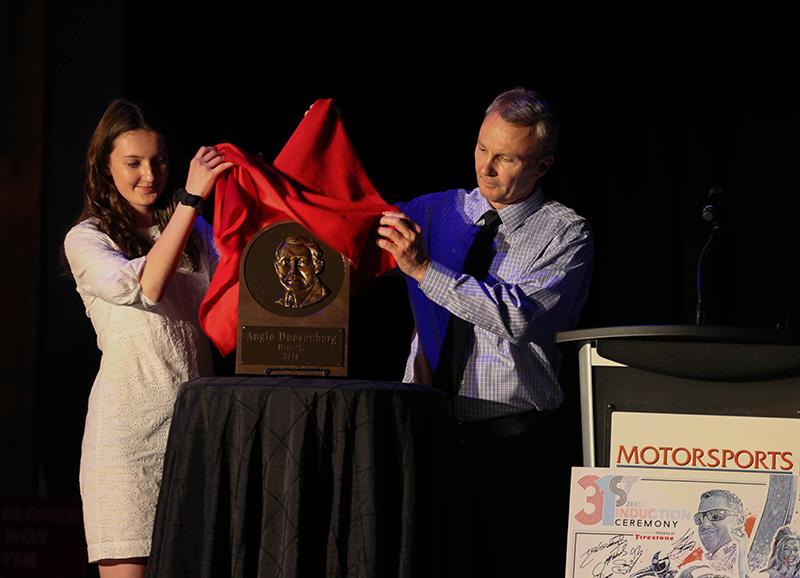