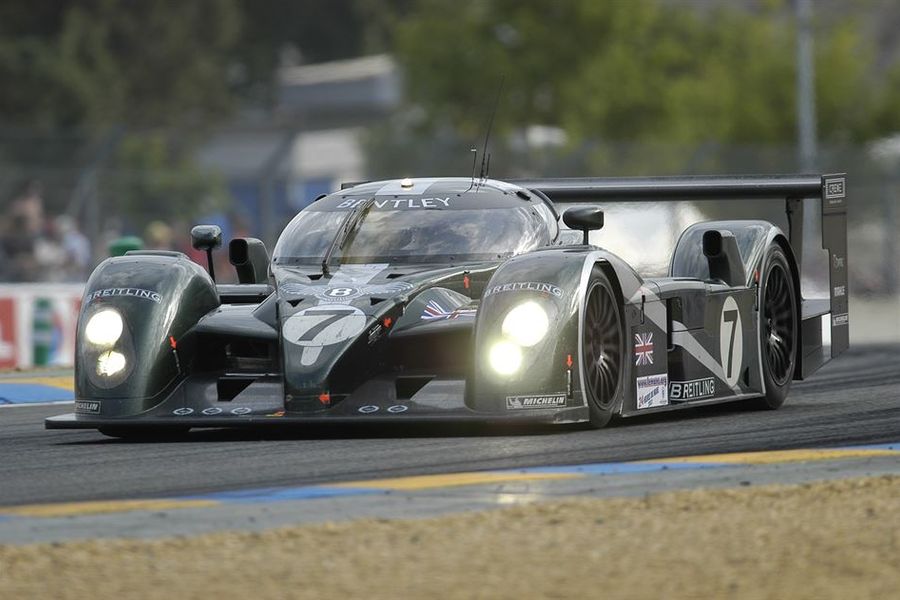 Each car has a genuine Le Mans history, with winners to the fore. The youngest car on display is the Bentley Speed 8 (below top right) that won the gruelling race in 2003 in the hands of drivers Rinaldo Capello, Briton Guy Smith and the most successful Le Mans driver ever, nine times winner Tom Kristensen.

The battles between Porsche and Jaguar, which dominated the 1980s, are represented by two cars in their iconic battle dress: a Rothmans Porsche 962 and a Silk Cut Jaguar XJR-9.

The 962 was the successor to the ultra-successful Porsche 956 and had a long winning career throughout the 1980s despite tough opposition from rivals such as Jaguar, Mercedes-Benz, Nissan and Toyota. A Rothmans 962 driven by Derek Bell, Hans Stuck and Al Holbert won Le Mans in 1986 and 1987 with Bell claiming no fewer than 21 endurance racing wins in the 962 in total.

Porsche dominated the decade at Le Mans, until 1988 when Jaguar finally broke the German company’s stranglehold on the race. Powered by a fearsome 7-litre V12 engine, the Silk Cut sponsored car driven by Jan Lammers, Johnny Dumfries and Andy Wallace finished the 24 Hours only just ahead of a Porsche 962. Jaguar won again two years later with Martin Brundle among the driving force this time.

Two decades earlier it was the turn of Ford to ‘own’ the great race. Piqued at not being able to buy Ferrari, then the dominant marque at the race, Henry Ford decided to build a car to beat the red racers. That car was the Ford GT40 which, after a false start, went on to claim wins in 1966, ’67, ’68 and ’69, with the last two of those wins claimed by the same GT40 (chassis number 1075) wearing the famous light blue and orange colours of Gulf.

Ford’s turn at the top marked the end of Ferrari’s reign in France, though the company did try to resurrect past glories with the 512S. It was not hugely successful but still managed to claim an important part of Le Mans history by starring in the film of the same name. After racing the car in the 24 Hours in 1970, Derek Bell (that man again!) was hired to drive the same car for the Steve McQueen movie, but the car was burnt out during the filming. Pink Floyd drummer and classic car collector Nick Mason rebuilt it, however, and it is this very car that will be on display at the London Classic Car Show.

The final Le Mans legend is another hugely significant car, the BMW-powered McLaren F1 that, 20 years ago in 1995, became the last road legal car to win the great race. The car on show is the ‘Harrods’ car – sponsored by the famous London store – that finished third in ’95, driven by Andy Wallace and father and son Derek and Justin Bell

British fans flock over to France every year in their hundreds of thousands. A trip to ExCeL in January to see our evocative Le Mans – The Icons display is a must for all of them and will give them a quick fix before booking their crossings for the 2015 race,” said show director Bas Bungish.