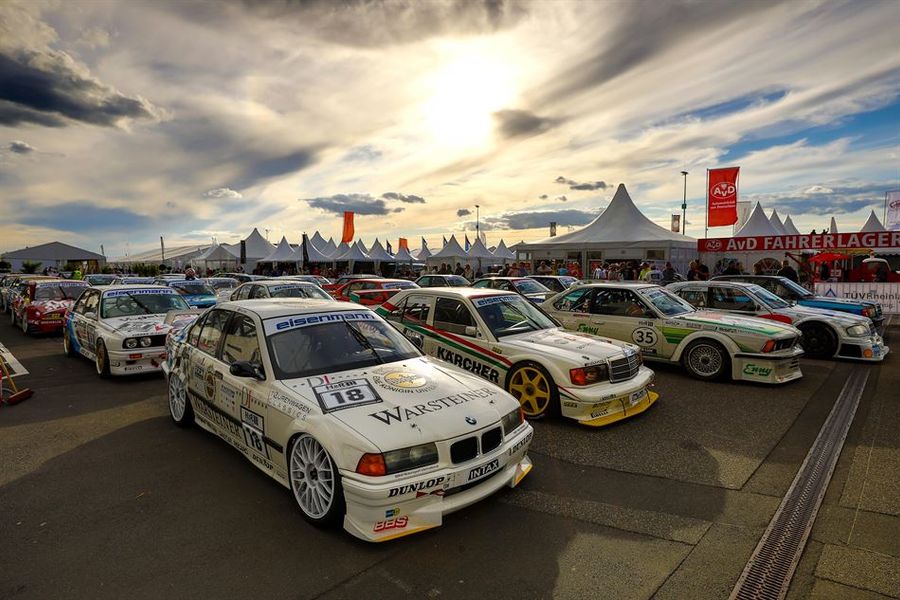 The Touring Car Classics at this weekend’s AvD Old Timer GP at the Nurburgring featured cars and drivers from arguably the most popular period of the German Touring Car Championship, the DTM. From the early 1980s to the mid-1990s it was an absolute crowd-puller and delivered gripping racing in which the protagonists were also in close touch with the fans.

The field featured legendary BMW M3 cars from the late 1980s as well as the powerful ITC vehicles from Mercedes-AMG and Alfa Romeo that used to dominate the battle for race victory at the front of the field. Scores of STW cars bring back memories of the Super Touring Car era during which a touring car category had established itself that went on to gain an international foothold as well.

Contributing to the unique atmosphere in the Touring Car Classics paddock were the stars from those days who raced again this weekend.

“This is a gathering of nothing but nice people, we’re having great fun,” enthused Harald ‘Nippel’ Grohs (Essen, 74) who is sharing the 1987 BMW M3 E30 with series organiser Ralph Bahr (Wiesbaden).

“Whenever we’d arrive in the paddock back then, quite a few of our opponents had a fierce fight in store for them,” said Leopold von Bayern (Berg) looking back on those days laughing. Although he is one of those who have already celebrated their 70th birthday this does not keep him racing once more.

Among those confiringm this is Christian Menzel (Kelberg) who is sharing his M3 with ex-DTM driver Marc Hessel. “I may be the youngest driver in the field of the ‘pro squad’, but there’s no doubt about it: all of my idols from the past who are driving here are still really fast,” said Menzel. “As the saying goes, once learned, never forgotten.”

The meeting of former DTM drivers inspired a comparison between the past and present.

“Two things seem to be the most striking aspects in this context,” analysed Leopold ‘Poldi’ von Bayern: “We obviously had more fun, plus more leisure time. Today’s drivers are engaged from dawn till dusk in commitments with journalists and engineers, and it’s actually a shame that this former levity has been lost to some extent. Obviously, we can’t turn back the clock of professionalism, but today’s DTM is a little short on real characters.”

Harald Grohs agreed: “We simply had more time.” At the same time, he felt a little sorry for his colleagues sitting in today’s cockpits: “When we were racing in DTM, the drivers weren’t quite as involved – for instance in all the marketing activities. Today, the drivers are transparent and have to constantly be on their guard in every respect: about what they say, where they walk, how they move.”

Obviously, the vehicles in the DTM of the 1980s and 1990s were totally different as well. 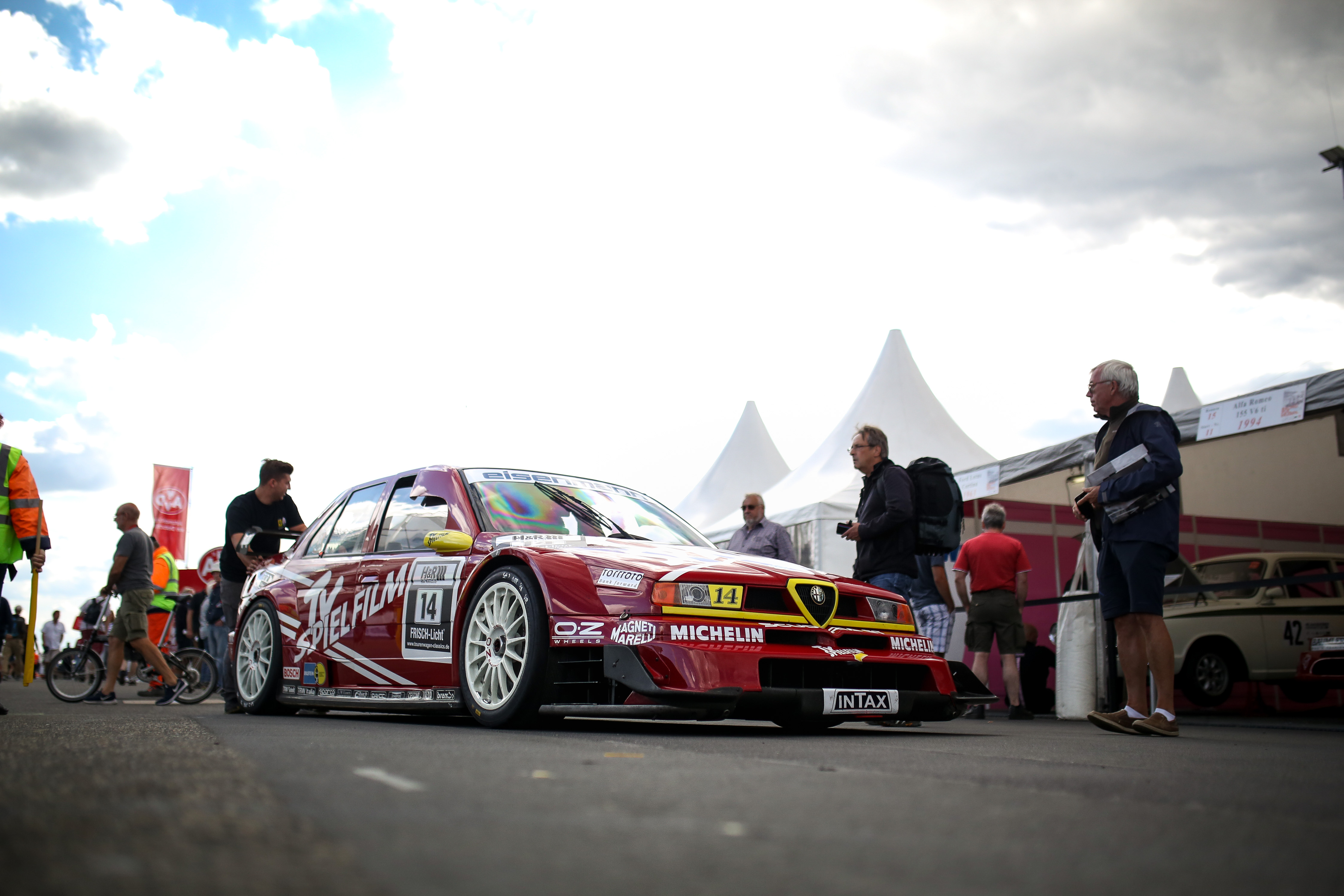 Leopold von Bayern: “In the 80s, we had touring cars whose road-going versions could be purchased by anyone. In my opinion, the spectators identified with them to a greater extent. Today, DTM silhouette cars with single-seater technology under the bonnet are racing in the series.”

A man who is able to judge this precisely is Christian Menzel who is still active in the current racing circus from time to time – for instance in GT3 cars on the Nordschleife.

“Compared with today’s racing cars, the ones from those days are minimised to the essentials,” he says. “These are still real metal cars with less power and less downforce – but with straight-toothed 6-speed H-shift pattern gearboxes that require you to be very careful when shifting gears. Small mistakes are immediately punished. Even so, I feel that in total these cars are ten times more fun than modern racing cars because with them the basic virtues of driving matter.”

The teams invest an enormous effort into putting authentic vehicles on the grid for the DTM Revival during the Touring Car Classics. Harald Grohs made history in the M3 he is racing here at the AvD Oldtimer Grand Prix when he won the DTM season opener at Zolder in 1987.

Talking about the car, he commented: “Both the technology and styling have been restored to their original condition. The engine, gearbox, suspension setup and even the livery are authentic.”

The M3 piloted by Leopold von Bayern has been built with similarly careful attention to detail and complexity. “I’m tremendously excited about sitting in a car like this again,” said the quick prince from the Free State of Bavaria, who promised to be careful with he car. “This goes without saying! It would be a shame if anything happened to it. Besides, I don’t have to prove anything to anyone here anyhow.”

In addition to Leopold von Bayern, Harald Grohs and Christian Menzel, the ex-DTM drivers competing in the Touring Car Classics include the series’ first champion, Volker Strycek.  The group of former DTM privateers includes Volker Schneider who was racing in the DTM in 1986. Also competing together with Menzel is Marc Hessel who was a regular driver in 1987 as a member of the BMW Junior team in the DTM – which means he is from an era in which the young Menzel discovered his love for DTM.

“This is where the heroes of my youth are racing,” he said with a smile. “The first time I watched DTM was here at the ‘Ring’ in 1988: as part of the supporting programme for the 24-hour race on the Nordschleife. The race was won by Armin Hahne in a Cosworth Sierra. My dream has always been to own such a car – today, I have two road-going M3 E30s parked in my garage and am able to drive as part of a team that’s fielding an original car from 1988. That’s huge fun!” 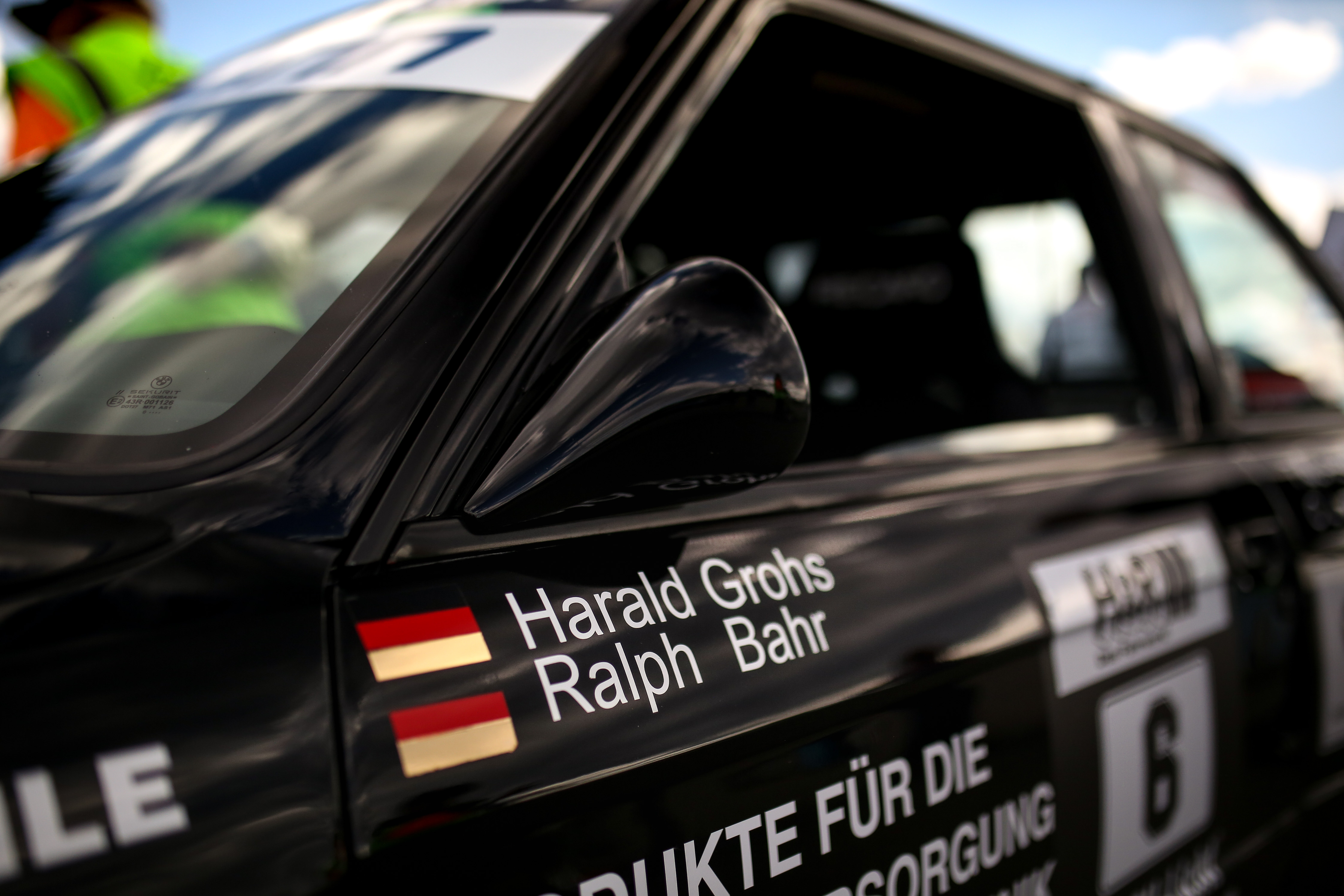