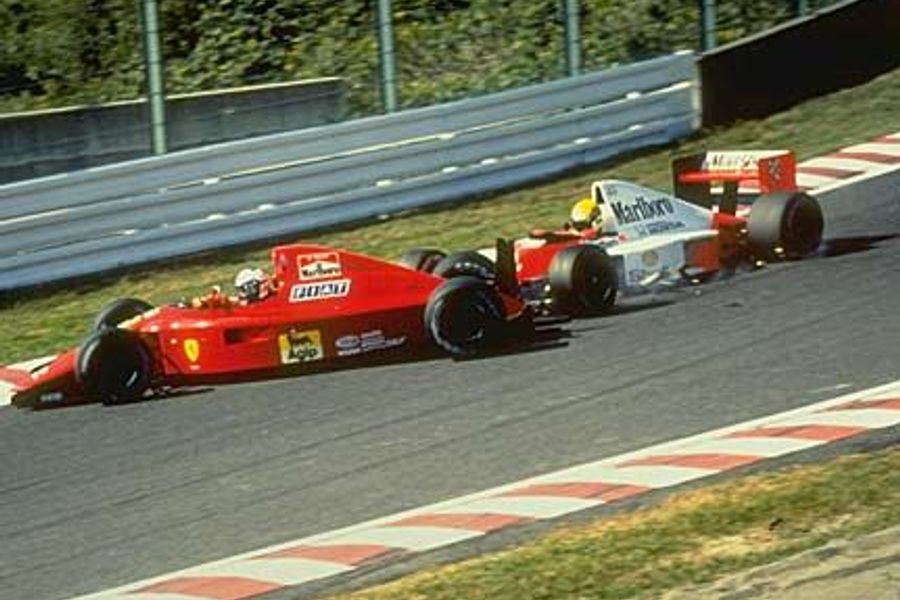 June’s Wilton Classic & Supercar in Wiltshire, UK, will see two of the cars involved in one of the most famous showdowns in Formula One history reunited as the actual chassis used by Ayrton Senna and Alain Prost at the Japanese Grand Prix in 1990 are displayed. The opening moments of that race, with Prost getting the better start in his Ferrari but the two tangling at the first corner and both going off, handing the World Championship to Senna and McLaren, still remains one of the most controversial moments in the sport.

The race was the penultimate round of the season with the title chase finely poised, Senna with the advantage, Prost having to outscore him at Suzuka to keep the title race alive, though crucially, a non-finish for both would see Senna champion ahead of the final race in Adelaide. Senna put his McLaren MP4-5B on pole, then felt aggrieved that pole was on the right-hand side of the circuit, the ‘dirty’ side that was off the racing line. Despite Senna’a appeals to have pole moved to the other side of the track, something he felt had been agreed before qualifying, it stayed on the right for race day.

Just as Senna feared, Prost made the better getaway in his Ferrari 641/2, Senna to the inside, the McLaren touching the rear of the Ferrari as it came across to turn into the first corner and the two cars lancing off into the Suzuka gravel trap. Senna felt Prost had ‘closed the door’ on him, Prost felt Senna had risked injury for both of them with his actions.

Now 25-years after that event McLaren MP4-5B Chassis 7 and Ferrari 641/2 Chassis #121 will be on display at the Wilton Classic & Supercar Show at Wilton in Wiltshire, reminders of a classic rivalry and an unforgettable season finale. The show features in excess of 500 cars and bikes and is held over the weekend of June 6th and 7th.