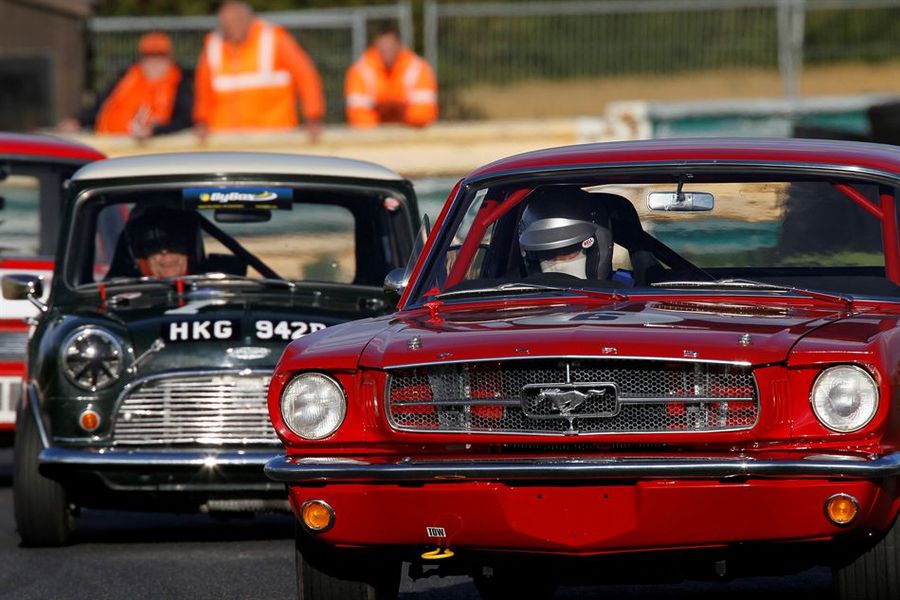 The sixth annual Croft Nostalgia Festival will roar into life this weekend (8th and 9th of August), with a jam-packed schedule of spectacular high-octane thrills and spills set to keep spectators entertained amid myriad off-track attractions. Fans will be captivated by no fewer than 19 races over the course of the HSCC-organised weekend, bringing together some of the most iconic racing cars from four glorious decades spanning the 1950s to 1980s.

Arguably top of the bill will be the Historic Touring Car Championship, which will see battle rejoined between the fleet-footed Mini Coopers, monster-engined Mustangs and legendary Lotus Cortinas. Wheel-to-wheel action between these classic 1950s and ‘60s tin-tops is guaranteed.

Formula 3 – a vital stepping-stone on the training ladder all the way up to Formula 1 – is present in force, with races for both Historic Formula 3 and 500cc Formula 3 machinery, whilst in their 50th anniversary year, Classic Clubmans will be another leading draw.

Historic Road Sports will pitch a flame-spitting Chevrolet Camaro against a trio of nimble Lotus Elans, as ‘70s Road Sports sets up a tantalising showdown between Italian style and charisma – in the shape of the beautiful Lancia Monte Carlo and a brace of Alfa Romeo GTVs – and British engineering excellence, represented by the Jaguar E-type, XJS and TVR Tuscan.

Local drivers will be peppered throughout the paddock, including Bishop Auckland’s John Pringle in his Lotus Seven S4, Jonathon Hughes from Carlton-in-Cleveland in a Merlyn Mk14A and Brabham BT6, Harrogate’s James Buckton in his Elden Mk8 and Roy Stephenson from Osmotherley, having swapped his Mustang for a Mini for an altogether different type of challenge!

There is also David Walton from Ponteland with his Royale RP26/27, West Auckland’s David Summerson in an Austin Healey 3000, Kevin Clifford from Yarm behind the wheel of a Shrike P16 and Neville Laskey from Newton Aycliffe in his ‘pocket rocket’ MG Midget.

That’s far from all at this family-friendly festival, however, with classic car and military vehicle parades, wartime encampments, period music, vintage fashion and aerial flypasts – including a very special appearance by the thunderous Vulcan Bomber in its final year of flying.