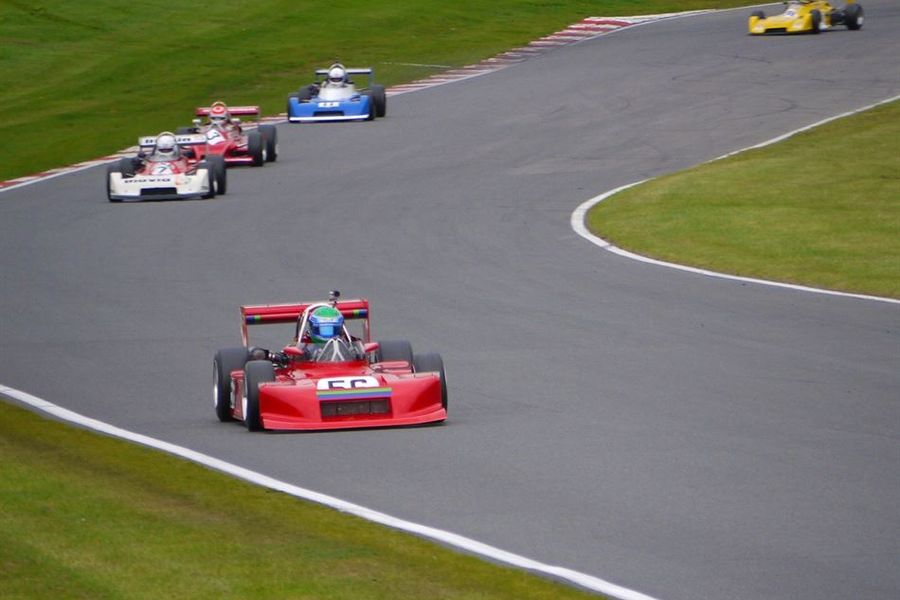 Nick Padmore made it three wins out of three with a clean sweep of pole positions and lights-to-flag victories in the HSCC Classic F3 UK meeting at Brands Hatch last weekend. With the UK championship being joined by Classic Formula 3 France for a head-to-head shootout on the Kent circuit's Indy configuration, Padmore sealed the overall win for the Anglos, behind the wheel of Historic Formula One racer, Max Smith-Hilliard's, March 783 - his seventh outright victory from the seven races he has contested with this season.
Right from the opening stages of Saturday morning's qualifying, Padmore was at the sharp end before soon enough hitting the top of the timesheets where he stayed for the remainder of the session.In Saturday afternoon's Race 1, for the UK championship entrants, Padmore made a clean getaway from the line, leading into Paddock and using the clean air to pull a healthy gap over Simon Jackson's Chevron B43 before taking the chequered flag.Joined by the French championship for Race 2 and Race 3, Sunday saw similar wins for Padmore with him again taking control from the start and driving faultlessly to the top step of a further two podiums."It's been great to be back in the F3 this weekend," said Padmore, "I absolutely love the car and of course I couldn't be happier with three out of three. Everything went perfectly to plan and the guys at WDK Motorsport were again on top form so we really made the most of it and I couldn't have asked for more."This is the last time I'll be in the March this year but I hope to be back out with everyone next season - Classic F3 is a fantastic series and it's great to see full grids made up of such stunning machinery."Max and I now turn our attention to the Jerez Historic Festival in just under two weeks' time where Max will be racing his Lotus 77, and we'll also be sharing his Chevron B19 for the Historic Sports Cars race that same weekend. The Chevron is a new car for us but I'm really looking forward to getting out there and seeing what we can do."