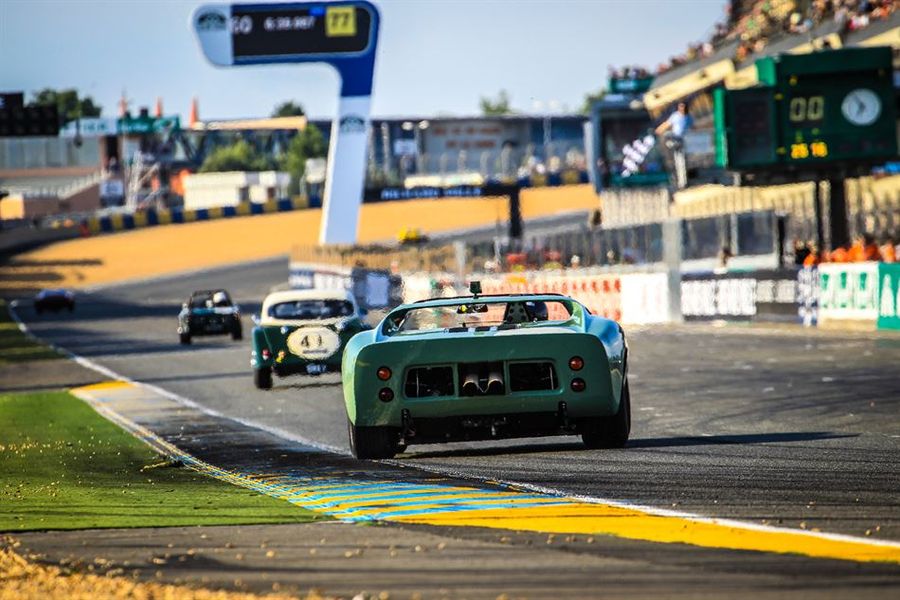 The Le Mans Classic is the original 24-hour historic meetings, with the main focus being on six ‘plateaus’ of cars that provide an almost continuous round the clock historic racing experience capturing the spirit of past Le Mans 24-Hour races. With plateau one including cars from the 1920 and 30s and plateau six taking us right up into the 1970s, there will be a wide range of classic race cars out on track and ample time to take in the sight.
The six groups of historic racers are the key focus of the weekend, with the first of their races starting at 16.00 local time on Saturday afternoon, the classic Le Mans ‘4pm’ start of old. The earlier cars will also have the traditional “Le Mans’ start with drivers running, or ambling if they want to follow the example of Jacky Ickx, to their cars from the the other side of the pit straight. Things then get a bit more conventional with rolling starts for the races, each of which is 43-minutes long to allow the next group to be out on the hour, each plateau having four races running through to 4pm on Sunday.
The support races are not to be missed either, with the HSCC’s Jaguar Challenge starting Saturday’s competitive element with a 55-minute race at 10.35 in the morning, with the popular – and huge -  Group C field starting their 45-minute race at noon.
For the early arrivals there is plenty to see on Friday, with a series of parades in the morning (also on Saturday morning) before the Group C field goes out at midday for their first qualifying session. From then on it is a run of sessions through to the second Group C one which ends at 20.50. The plateau competitors then get to do it all again from 22.20 with their night qualifying, which end at 03.05.
The entry for the main races is huge, with over 430-cars currently entered in the six categories, and many famous cars and names on show. From the mighty Bentleys of the 1920 to the Lolas and Chevrons from the mid-70s, the breadth of cars on show is breath-taking, and the paddock will be just as alluring as the actual racing.
A feature of the paddock will be numerous displays, but the one that has taken our eye is that of race transporters and paddock vehicles. This promises some classic exhibits not often seen in one place and should be well –worth a tour. Another will be a collection of over fifth Ford GT40s, marking the 50th anniversary of Ford’s first le Mans win. In all, more than 180-car clubs will have displays at the circuit.
HSCC’s Jaguar Challenge Le Mans Classic