Bookshelf: 1994: The Untold Story of a Tragic and Controversial F1 Season 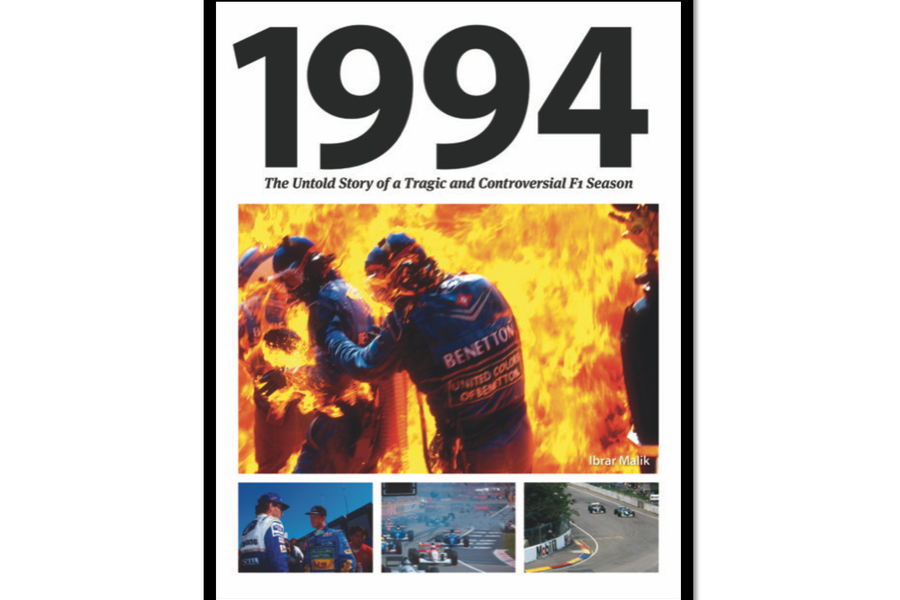 1994 was a watershed year for F1 in so many ways, the fatal accidents of Roland Ratzenberger and Ayrton Senna shaking the sport to its core. What followed was mayhem. For the first time all the arguments are painstakingly examined in 1994: The Untold Story of a Tragic and Controversial F1 Season by Ibrar Malik. Fresh insights, exclusive interviews, and a plethora of evidence is brought together in a story that is guaranteed to amaze and shock.

This book is a thorough examination of that turbulent season and topics explored include: rushed car changes, teams unhappy with how the crisis was managed, a power struggle for control of the sport, vague rules being exploited, accusations of politically motivated penalties, an alleged cover-up after a horrific pit-lane fire, and a controversial conclusion.

It also saw Michael Schumacher and Benetton emerge as championship contenders, upsetting the establishment. Many believed their sudden rise was down to cheating, while others felt they were scapegoated because of politics. Fresh insights, exclusive interviews, and a plethora of evidence is brought together to give the clearest analysis yet into the above events. The book contains over 290 photos which help bring this story to life, many of which are rare and from those involved.

1994 was tragic, chaotic, political, technical and involved some very colourful characters at the heart of the action.

Did Senna hear illegal traction control on Schumacher’s Benetton at Aida? Concealed launch control was later found on Schumacher’s Benetton – why? Was the Hockenheim fire caused by Benetton removing their fuel filter? Despite pleading guilty, why did Benetton receive no serious punishments after the fire? Schumacher was banned/disqualified from a quarter of 1994 races due to various infringements. Politics or cheating? Did a return to simpler cars contribute to the accidents? The book seeks to answer these and many more questions.

Author Ibrar Malik is a life-long F1 fan, and the 1994 season holds a special place in his heart as the first full season he followed the sport. His investigation into that year grew from an interest to a passion and he has unearthed previously unreported insights into what really went on.

1994: The Untold Story of a Tragic and Controversial F1 Season Ibra Malik Bookshelf Formula One