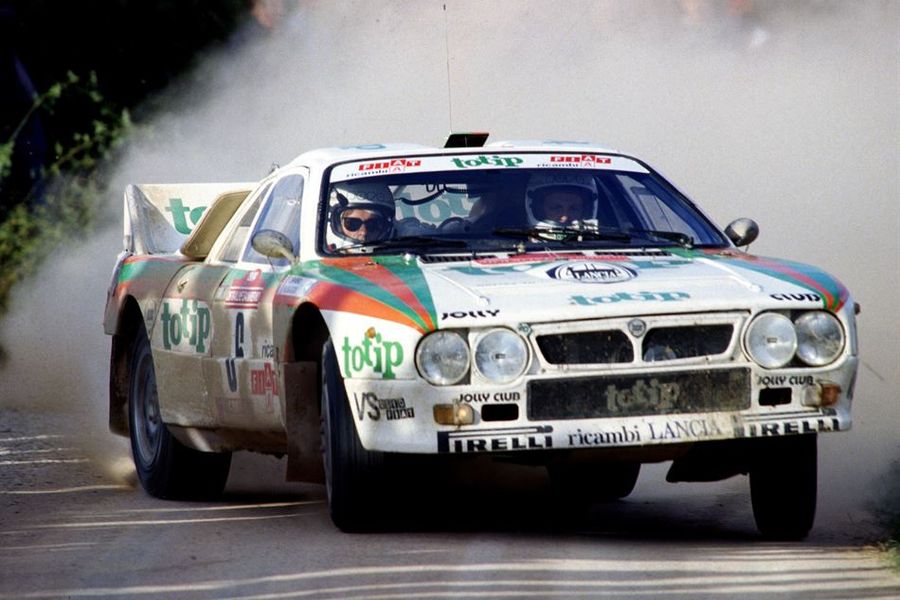 Five great names from the sport of rallying will be starring at IGNITION, Festival of Motoring – a celebration of all things car and bike themed – staged on the streets of Glasgow in and around the SEC from 4th-6th August. All five, Markku Alén, Miki Biasion, Stig Blomqvist, Timo Salonen and Ari Vatanen. are World Champions and competed in the epic Group B era, still hailed by many to be the sport’s most extreme and exciting period.

Sometimes termed ‘Formula 1 in the forests’, the Group B regulations were introduced for the 1982 season with only a few restrictions and allowing almost unlimited power. Cars could be mid-engined two-seaters and manufacturers only had to produce 200 examples that bore no more than a passing resemblance to showroom models to meet minimal homologation requirements.

As a result, in the four years between 1983 and 1986, rallying developed further and faster than it had done in the previous three decades. Group B took the sport to the absolute edge of performance, but put it beyond common sense and reasonable safety levels. When FISA, the then world governing body, culled the category following a series of terrifying accidents, Group B was immortalised.

Though ultimately short-lived, the epic Group B era has since acquired legendary status and brave-hearted drivers such as Alén, Biasion, Blomqvist, Salonen and Vatanen been revered right around the globe.

Come IGNITION all five will be back behind the wheels of the fearsome cars that they campaigned in their heydays. Twice a day – as the climax to each exhilarating Track Show – they will also be renewing old rivalries competing against-the-clock in dramatic Street Stage Shoot-Outs, this time racing cutting-edge sportscars on a special gymkhana circuit.

Visitors will also be given the chance to see their Rally God heroes up close with regular autograph and selfie sessions on all three days of the spectacular event.

“We are hugely honoured to be welcoming five of rallying’s greatest names to IGNITION,” enthused Cat Stanford, IGNITION Festival Director. “Scotland has an incredible motor sport history and the presence of these Rally Gods and their idolised Group B cars is going to be one of the stand-out highlights of this year’s bigger, faster and louder show.”

Building on the huge success of last year’s inaugural IGNITION which attracted more than 26,000 visitors, other notable features for 2017 include 70-years of Ferrari – a tribute to the history and legacy of the famous Prancing Horse and the 60th anniversary of Ecurie Ecosse’s famous 24 Hours of Le Mans victory with an exclusive line-up of the team’s finest machinery.