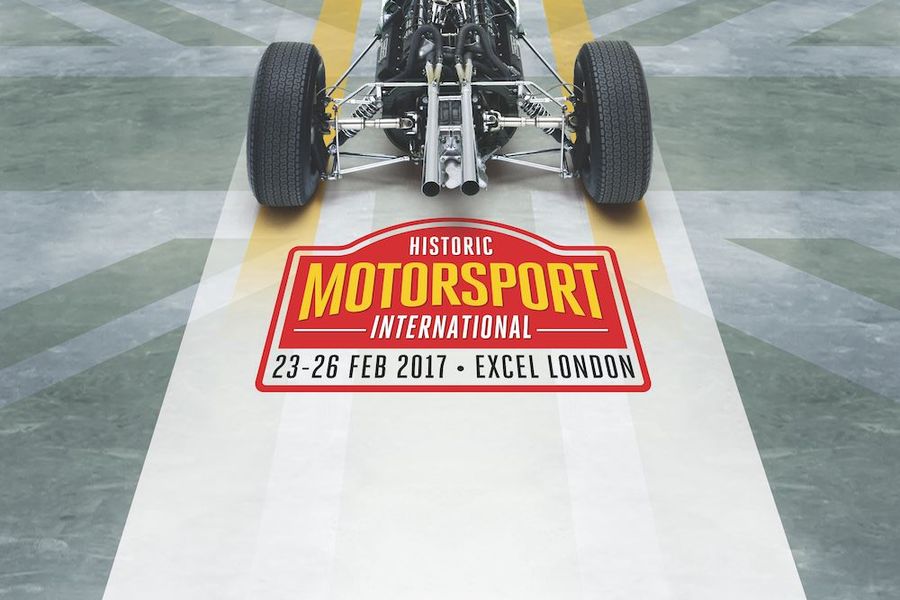 The countdown to London’s newest motor show, Historic Motorsport International (HMI), has begun – fittingly – with the appointment of motor sport inspired watch company B.R.M as Official Watch Partner. And as the clock ticks down towards 12.00pm on Thursday 23rd of February when HMI opens its doors at ExCeL, London, the organisers have confirmed that interest in the new show is growing rapidly.
“Due to the incredible response we have had from the historic motorsport community, we have already increased the show’s footprint to ensure we have enough space to accommodate a wide range of companies and organisations involved in this sector of the sport,” said Ian France, Show Director. “Now we are delighted to welcome B.R.M to the show as further proof of HMI’s gathering momentum.”
Specialising in custom-made, hand finished watches and chronographs, the French-based B.R.M Chronographes reflects the passion of its founder Bernard Richards. A precision engineer, motorcycle collector and long-time motor racing fan, M. Richards has created a series of watches celebrating all aspects of motorsport. The first B.R.M chronograph, the GP-44, appeared in 2003 and by featuring ‘racing numbers’ on its face and drilled hour, minute and second hands, set the tone for all subsequent time pieces.
Other iconic watches include the legendary V12 with ‘piston’ pushers and the stunning R50 with its motorcycle cylinder-shaped mechanism.
“Motorsport is about split second timing… just like B.R.M watches. – we were made for each other,” said Bernard Richards. “We are proud and very happy to be associated with this exciting new show devoted to our favourite sport.”
With almost three months to go before the Show opens, HMI has already confirmed around 40 exhibitors from across the sport. The names include Dunlop Motorsport, Duncan Hamilton, Taylor & Crawley, Motor Racing Legends and classic F1 promoters FORCE as well as organising clubs like the Historic Sports Car Club and the Classic Sports Car Club. They will be joined by a growing number of preparation companies and specialists providing vital services to competitors, teams and spectators.
The Historic Motorsport Conference Programme, a public forum on Thursday and Friday, will examine a wide variety of topics such as technical compliance in historic competition, safety and the promotion of historic motorsport events.
Historic Motorsport International will be held alongside the London Classic Car Show, now in its third year and looking to build on the record 33,000 visitors who visited the 2016 event. Both shows are staged by Brand Events, the company behind a raft of successful motoring events including CarFest, Top Gear Live and the recent IGNITION Festival of Motoring.
HMI and LCCS will be held at ExCeL London, on 23-26 February, with access to both shows included in the entry price. Historic Motorsport International will open its doors at 12.00pm on Thursday 23 February, while the London Classic Car Show will burst into life at 3pm that afternoon.
Watches Historic Motorsport International B.R.M. HMI